When Should Parents Start Discussing Sex with Their Kids?

by Cindy Pierce and Ken Picard 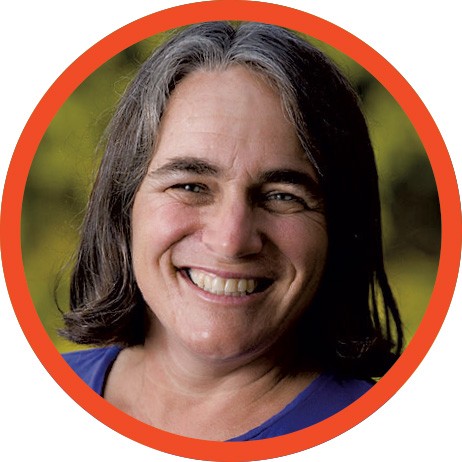 Pierce's 2015 book, Sexploitation: Helping Kids Develop Healthy Sexuality in a Porn-Driven World, encourages parents to have open conversations with their children about sex, rather than leave it to their peers or the internet. If kids enter their teenage years with accurate information, Pierce asserts, they're more likely to have healthy attitudes about sex and relationships as adults. Here she offers tips on embracing honesty and making peace with the awkwardness.

KIDS VT: At what age should parents begin conversations about sex?

CINDY PIERCE: I thought my pediatrician was picking on me because I had a one-woman show about sex, but it turns out he says this to all his patients: "You should start talking to your kids between kindergarten and second grade." Certainly by age 7, kids should know how babies come into the world, and that should include babies who have two moms, two dads or were adopted.

KVT: How'd it go when you first broached the subject with your kids?

CP: Of course it was awkward. I backpedaled and made mistakes. With all three of them, it never got any easier. Each one was different with the way they responded and the questions they asked. Everyone says, "Oh, I want to protect my kids' innocence," or "They haven't asked questions so of course they're not interested." But as my pediatrician put it: Either you're the one to tell them about sex, or they will learn about it on the internet. I'm really glad I did it because by the time they were exposed to sexual images on the internet, they knew what they were seeing, and we had a healthy base to have those discussions.

KVT: How should parents decide how much to reveal during these conversations?

KVT: What should parents do if they get the question at a moment when they're not prepared to answer it?

CP: That's totally fine. Just say, "I've got to think about that." Parents often think they have to be the all-knowing dispensers of knowledge. I've said to my kids, "I need some time to think about that one." We all want our children to grow up and be comfortable in their bodies and with their sexuality. But everyone wants them to learn that from somewhere else. Parents are their kids' primary sex educators. That begins by using the correct anatomical terminology. And keep your pulse down when they say something unexpected — because they will. I always say, talking about sex will always be awkward, even if you're comfortable and have done it before. You've got to be comfortable making mistakes. You'll survive it.

KVT: Any helpful resources you can recommend?

KVT: Do you recommend internet filters to block pornography?

KVT: Any practical advice for curtailing their exposure to such images?

CP: In our house, laptops and phones do not go upstairs to their bedrooms. They do all their homework in one room and all the computers face outward. It's noisier, they fight more and it's distracting for me, but that's how families have to work it out.

KVT: How about what our kids see at their friends' homes?

CP: You can't control what other parents do. Different families have different rules. But you have to keep having these conversations. It's not a box you check once and you're done. And because it keeps happening, it gets easier. [For me], it doesn't feel awkward now. It does for [my kids] sometimes. They're like, "I've got a friend coming over. Do you think maybe you won't mention the word 'vagina?'"