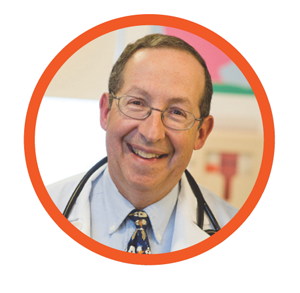 It's nearly impossible to enter a school or daycare center these days without seeing a sign that reads, "This is a peanut-free environment." Those signs were far less common when today's parents were kids. This month, Kids VT asked Dr. Lewis First, head of pediatrics at University of Vermont Children's Hospital, why everyone's suddenly so nuts about food allergies.

KIDS VT: Are childhood peanut allergies on the rise?

LEWIS FIRST: Yes. The prevalence of food allergies among children increased 18 percent between 1997 and 2007. The annual incidence of someone developing a peanut allergy went from about 0.4 percent in 2000 to 1.4 percent today.

KVT: Do we know why?

LF: There are many plausible theories but, unfortunately, there's still very little scientific evidence to confirm any of them. The first involves hygiene. Our immune systems get stronger by being exposed to lots of things. But Western society has done so much to essentially sterilize our environment that our bodies have nothing to react to. Before, our bodies combated life-threatening infections. Now our bodies are turning against some foods.

KVT: Could genetically engineered food be a factor?

LF: Yes. Another theory holds that the genetic changes made to our food are altering how our bodies respond to food, resulting in inflammation.

LF: Other studies suggest that people with low vitamin D levels are three times as likely to develop a food allergy. This may be because kids are spending less time in the sun, or possibly because they're eating foods lower in vitamin D content.

KVT: Could vaccines be a cause?

LF: There's a faction that believes that the adjuvant chemicals used in vaccines contain microscopic amounts of peanut oil. If you graph the frequency of vaccinations to the increased incidence of peanut allergies, you could say, "Uh, oh!" However, all the vaccine manufacturers insist, as does the Centers for Disease Control and Prevention, that there is no peanut oil extract in any childhood-vaccine adjuvants.

KVT: Can parents do anything to prevent a peanut allergy?

LF: Our approach to protecting children has changed. In the early 2000s, the American Academy of Pediatrics recommended not introducing milk products until kids are a year old, and peanuts and shellfish until they're 3. Later studies showed no evidence that delaying an allergic food group was beneficial, so the AAP retracted its position in 2008. Other studies have shown that if you introduce an allergic food when your child is 4 to 6 months old, you may actually decrease his or her chances of developing a food allergy. However, if you introduce those foods before 4 months, you run an increased risk.

LF: While the immune system is still "in training," it learns to recognize potential allergens as friends, not enemies.

KVT: How should parents introduce foods that could cause an allergic reaction?

LF: Introduce one new food at home and have an antihistamine available, in case your child has difficulty breathing in an allergic reaction. If your child has not had a problem after two or three days, you can give her more of that food. I would introduce no more than one new food every three to five days to ensure there's not going to be a reaction.

LF: If there's a family history of a food allergy, it's better to have your infant tested at about six months to make sure they're not at risk.