What surprised you most about becoming a dad? 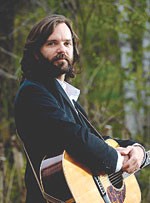 Up until I had a child, I had always done what I wanted to do, when I wanted to do it. I have always been a very independent person who needed a lot of time to myself. When my son, Alex, was born, that independence came to a halt. I could no longer go out when I wanted, or sleep as late as I wanted. The time I used to take for myself was now devoted to Alex. I never realized how selfish I was or how hard of an adjustment this was going to be.

However, I've been noticing that as Alex gets older, he, too, has a strong need for independent time, and he's beginning to take it on his own. He'll just go up to his room and play by himself for a while and come down when he wants some company. It's taken a while to get here, but I love that we can sometimes do things on our own during our days together. 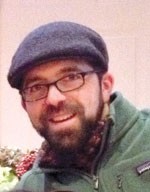 My parents listen to classical music. Now that I've hit 35, I can handle it. I even find myself enjoying it when I'm at their house. When I was 15, however, it was awful. Road trips were especially rough. Stuck in a car, we would take turns controlling the dial, each oscillating between happy and miserable. It's only in hindsight that what I considered a compromise — Alice in Chains' acoustic EP, for instance — was a sacrifice for my folks.

What surprised me about fatherhood is that I, too, have become a martyr. My daughter's vice? Julie Andrews. Thankfully, she's willing to compromise. "Daddy," she says, "it's your turn." But after a song or two from my playlist, it's back to "Supercalifragilisticexpialidocious" or "The Lonely Goatherd." Have mercy. Life is stuck on repeat, with me in the same rut as my parents in the '90s. But seeing her smile — her utter glee — it's worth it. 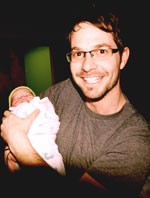 I was surprised by the sheer volume of stuff we received. First of all, I couldn't believe how generous our friends and family were. They came out of the woodwork and sent all kinds of baby gifts. We received hundreds of dollars worth of nice gear: a car seat, a travel booster seat, a play mat, bottles, toys, bedding and so many clothes!

People get so excited for you when you're having a baby. Not only that, but if they've had kids themselves, they send the gear that proved to be most useful to them. At first, a lot of it seemed like overkill. I thought there was no way we needed all that gear. In time, I was surprised — again — to learn how much easier it made our lives to have all these gadgets and gizmos. 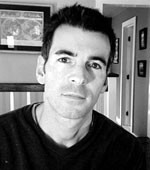 There was so much anticipation and joy involved in becoming a dad for the first time. The day my son was born was certainly one of the happiest of my life.

However, a few months into fatherhood, I began feeling down and constantly tired. I was having difficulty finding joy in my life and began losing interest in things that had always made me feel happy. I have always been an even-keeled person. I initially attributed how I was feeling to a lack of sleep and the stress of balancing my responsibilities at work with all of the new ones I had at home. But even after things began settling down and I became more used to this new life, my feelings of depression continued.

I paid a visit to my primary-care physician. She told me I was suffering from depression and sent me home with a prescription. It was not until almost a year later that I learned I had been experiencing the male equivalent of postpartum depression. Now that was a surprise. My son is now 5, I have a daughter who is 3 and, thankfully, I am once again experiencing joy and happiness in life as a father.