What Should Parents Know About Dyslexia? 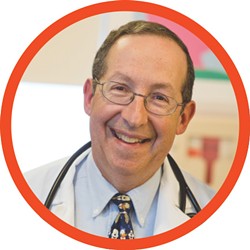 Dyslexia is one of the most common, and most commonly misunderstood, learning disabilities. Children who have good vocabularies and excel in other subjects may still have difficulty reading and recognizing letters, numbers and words — telltale signs of dyslexia.

Though kids can get frustrated when they struggle with reading, most people with dyslexia can go on to become creative, productive and successful adults. Dr. Lewis First, head of pediatrics at the University of Vermont Children's Hospital, offers advice to help parents recognize whether a child might be dyslexic.

KIDS VT: First, what is dyslexia?

LEWIS FIRST: Contrary to what many people think, dyslexia is not a visual disorder or an issue where children simply reverse letters. It's a language-processing disorder, not a disease — I prefer to call it a learning challenge — that interferes with how the brain processes language. About one in five people have difficulty reading and, of those people, about 80 percent have dyslexia. People with dyslexia have trouble understanding and recognizing printed words and sometimes numbers. That results in difficulty reading, even though these people are usually smart enough and motivated to learn.

LF: We don't know, but it does run in families, so there's clearly a genetic component. Very commonly, if one parent has had a reading problem, a child may be at greater risk of having dyslexia. We do know that when you look at a functional MRI of someone with dyslexia, the way different parts of their brain hook up or make connections are different than someone without dyslexia, and it's a slower process.

KVT: What are some warning signs?

LF: If a child is in preschool or elementary school, he or she may be having trouble learning letter names and sounds or learning to read or write his or her own name. A lot of kids may have trouble learning the alphabet initially, but this can still represent a normal variant and does not automatically indicate dyslexia. But if a child has trouble sounding out words, remembering the days of the week, months of the year or keeping things in sequence, those can all be early signs of a processing issue. Older children may work very slowly on reading and writing assignments and avoid reading altogether. When tested, dyslexic children have normal intelligence but are reading and spelling below their grade level.

KVT: When is dyslexia usually diagnosed?

LF: Typically, in elementary school. If parents have concerns about their child's ability to read, comprehend or process words or numbers, first and foremost they should go to their child's health care provider because they may want to check that the child doesn't need glasses or have a hearing problem. If it does look like the child has a learning challenge, then the next thing to do is have formal testing done by a learning specialist at school to diagnose the problem.

KVT: And the earlier it's diagnosed, the better?

LF: Yes, because the earlier these kids get treatment, the sooner they'll learn to read better and thrive. The other reason to get going early is to help these kids focus on their natural strengths so they understand that they're not necessarily at a disadvantage because they don't learn like other kids in the class. The emotional aspects of dyslexia caught late may have already done an injustice to a child.

KVT: What treatments are available?

LF: The Americans with Disabilities Act entitles children with learning problems to get help in public schools, which can involve specialized instruction, extra time allotted for tests and homework, and in some cases even help with taking notes. Parents need to become familiar with the learning specialist in their child's school so they can advocate for accommodations for their child if needed. This is really a team effort that, hopefully, involves a teacher who understands learning challenges and a specialist who can put exercises in place to retrain their brain. For instance, people with dyslexia like multi-sensory learning. So, if a child has difficulty connecting with the written word, there may be other cues that the brain can use to learn the word, such as associating it with a specific shape or color.

KVT: Any other tips?

LF: The most important thing is to not criticize your child for being a slow reader. Instead, praise your child as much as possible, because that will motivate him or her to work even harder to retrain the brain. Most children with dyslexia are good in other areas, such as sports, art and drama. It's also worth noting all the famous and successful people who were dyslexic, including Leonardo da Vinci, Michelangelo, Albert Einstein and Walt Disney. People with dyslexia and other learning challenges do become physicians, scientists or whatever else they want to become by not hiding it. Though dyslexia is there for life, it doesn't have to hamper life.