What are your three must-pack items for car trips with kids? 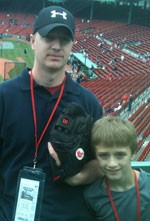 Do not leave home without a freshly loaded iPod. That, to me, is critical. I'll download some fresh songs and shows for them; there's tons of free content out there. My oldest son loves podcasts — PBS NOVA, Nature, the Disney Channel. And he's all about pop music: top-40 stuff. Emma is my rock fanatic; she loves '80s rock, Poison, Guns N' Roses.

No. 2 on the packing list is snacks. They could have just eaten Thanksgiving dinner, but if they get in the car for more than 45 minutes, they're hungry. We're not a big junk-food family, but sometimes for a trip we'll throw some of that in there because it's a treat.

The third thing would be something new. It could be anything: You could go to the dollar store, buy anything and wrap it up. With Declan, I could pack every toy truck we own, and he doesn't care. But if you hand him one new Matchbox dump truck, he's good for an hour. I'm not sure what it is, but there's something about it that satisfies them emotionally. 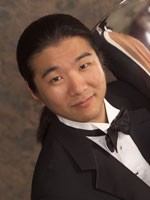 One would be music: typical kid-friendly music and violin music. My daughters just love Suzuki violin CDs and Marisa is a little violinist. Another must would be a GPS. We have a smartphone that we use, but a GPS takes away a lot of the lot of frustration when you're driving around. Less frustrated parents mean less frustrated kids. You also have to pack extra clothing. You think that one pair is enough, but when you have kids, more is better. When you're on the road, you just never know about the littlest kids vomiting and having accidents. Plus, the weather in New England can be really unpredictable. You have to pack lots of layers. 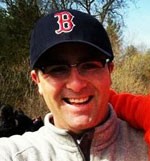 With our parents in Nova Scotia and England, we have battle-tested strategies for traveling with small children. With our boy, we have had success introducing small toys to him along the journey. Two or three were enough to keep him distracted for a couple hours.

We also make a habit of packing lots of gummy-type treats, applesauce and cookies, along with some juices in a cooler. We eat these on the run or make an event out of stopping for 20 minutes to have a quick picnic.

We have a portable DVD player that we attach to the center console between the front seats so both kids can see the screen. Our children love Disney movies as well as Thomas the Tank Engine. When the need turns to soothing versus stimulating, we turn on the English show "In the Night Garden," and that usually puts them to sleep. 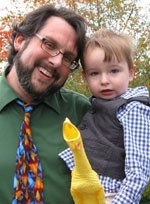 The biggest one for us, honestly, is an iPad, because you can load so many games on it, and he can do them all without any real help from us. There are LEGO games available on the iPad that he really likes: children's television, matching games, memory games, and, of course, we put movies on there.

We also bring lots of snacks — a lot of variety, because having lots of choices is good; it keeps things calm and steady. We started with those squeezy applesauce things ... I don't know that there's any real way to prevent getting food all over the back of your car. If you know the answer to that question, please let me know.

We also end up bringing a lot of LEGO people, because that's something that he can play with for hours. He wants help to build things with the bricks, but for him it's much more about the people. He'll tell stories to himself about them for hours.