What advice have you given your kids about dating?

Early on, my daughter tended to gravitate toward boys just because they were popular. I was very involved in her school, so I knew the boys, and I felt like she tended to be attracted to how they were seen as a couple, rather than what they had in common.

I asked her about one of them: "How does he do in school? What kind of music does he like?" She didn't know. I wanted her to know that choosing people because they were sort of mini-celebrities might not work out that well. I think after a couple of bad strikes, she took my advice to heart.

She hasn't always taken my advice, but the one thing I've never said is, "I told you so." She trusted that I just wanted to make sure she was making the right choice for her.

Now that she's in college, her relationships have been with very thoughtful people. I'd like to think our conversations had something to do with that. 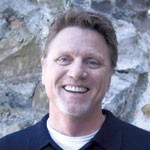 My parents were part of the Greatest Generation, and I'm a baby boomer. My upbringing may have been authoritarian, but my parents taught me a certain respect, and my kids got some of those values from me.

My mother was an Army nurse who told my brother and me, with regard to dating: "If she says, 'No,' respect 'No.'" That's something I've passed down to my son.

With my daughter, well, she's my first girl. I respect her privacy as an early adolescent. But she's 12 and, so far, her crushes have all been icon crushes: boy bands, girl bands, One Direction, Austin Mahone.

The thing is, as far as relationships go, you can't teach self-esteem. There's no formula for it. If you live it in your life and your family, there's an osmosis to it.

South Burlington's parks and recreation department puts on a terrific event every year around Valentine's Day: It's their annual Father-Daughter dance. For my family, it was a little like practice dating.

The girls get dressed up, and the dads wear a suit and tie. They play great '70s rock music that draws the dads, with some current music for the kids mixed in. There are refreshments, prizes, gifts and picture taking.

My three girls all went multiple times, so I probably hold the record for attendance. Whenever we went, I would open doors for them, treat them politely. It was a really special evening.

As they got a little older, but still weren't near dating age, I told them, "When you start dating, you should feel just as good about it, and just as respected, as you did that night."

I wanted them to know what a good date is like, what to expect, and I let them know that if they ever did feel disrespected or uncomfortable while on a date, they could call us, and we'd come pick them up.

Because I was pretty open and realistic with my boys, I said, "Be respectful, don't hurt anyone." I also said, "A girl has to protect one egg, and you have a million sperm. Treat that thought with respect."

With teenagers, so much of what happens to them is not played out in front of you. But we witnessed one hard situation with our boys: In high school, they both liked the same girl. One of them got the girl, and one got hurt. It was painful because there was already sibling rivalry. I had to be a good listener. It was a learning experience, both for our family and from a dating perspective.

Now that they're older, I watch the drama unfold from a distance. I don't offer much advice. I might say, "Take what you want from this or take nothing. This is not what you should do, but what I would do."