We Are Family: A Burlington Photography Project Showcases Students' Diversity 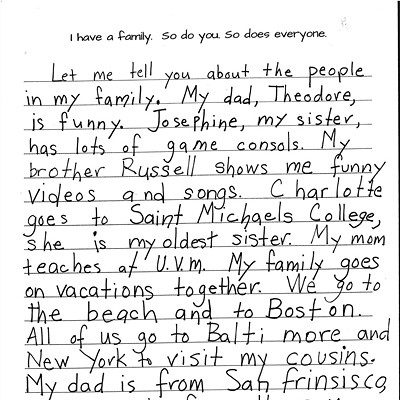 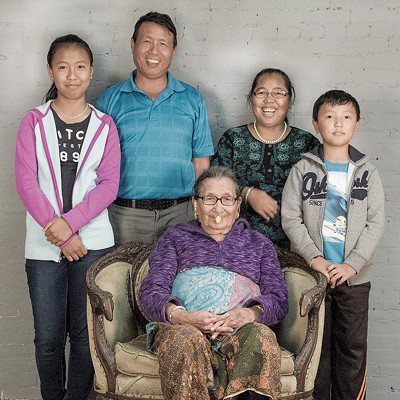 Families come in all different shapes, sizes and colors. That's a takeaway from the Integrated Arts Academy Family Portrait Project, a collaboration between Burlington City Arts and the diverse magnet school's parent-teacher organization. In May, 147 family photographs, taken by BCA photographer Michelle Saffran and featuring almost every child in the school, were displayed at seven locations in Burlington, including City Hall and the Fletcher Free Library.

Accompanying the striking images were compositions by IAA students — 28 percent of whom are English language learners — telling about their family members. For inspiration, students read Todd Parr's The Family Book, which celebrates differences. They were also given the writing prompt: "I have a family. So do you. So does everyone." Parts of the exhibit will be on display at Goddard College from June 23-October 9, at the SEABA Art Hop in September and at Vermont Arts Council's Spotlight Gallery in Montpelier in October.

We're sharing a handful of Saffran's photos from the exhibit, along with what students wrote about their families — in the original kid handwriting for maximum cuteness.