On an arctic day in mid-February, with the temperature hovering around 10 degrees, a school bus pulled into the parking lot of the 230-acre Willowell preserve in Monkton. Nineteen Vergennes Union High School students, carrying backpacks and instrument cases, exited and began their hike down the 1/3-mile path leading to the base camp for the Walden Project.

Willowell Foundation director/founder and Walden Project educator Matthew Schlein, accompanied by his dog, Puck, walked among the students, blending into the group.

Schlein, a self-described flatlander, moved to Addison County 28 years ago. Since then, he said, he's developed a deep love for the landscape and been transformed by it. He founded Willowell and the Walden Project 21 years ago, after teaching English, drama and psychology at Vergennes Union High School for about six years.

Willowell, a nonprofit, serves students and teachers at seven schools in three school districts through outdoor education programs that integrate sciences, arts and the humanities. The Walden Project, one of the programs based at Willowell, is an outdoor, public-education program through Vergennes Union High School. It uses a multidisciplinary curriculum to help students develop their sense of self while immersed in nature.

"I hit a crossroad that a lot of teachers hit," said Schlein, explaining why he founded the Walden Project. "People bring so much heart with wanting to come into the profession, and sometimes it's hard to keep that pulse alive in the institution." 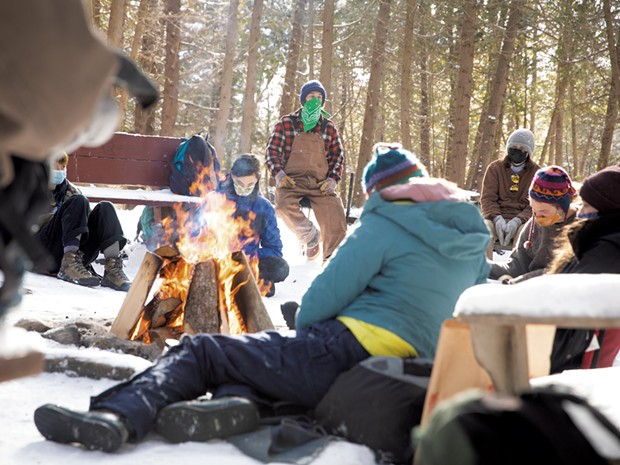 Schlein feels that the factory model of education governing most public schools, which came about in the 1920s to separate the managerial and working class, has become outdated. He was introduced to different models of education while earning graduate degrees in education and social work, both from the University of Michigan, but he found that they were typically used in expensive private schools. Working in the juvenile justice system in Michigan early in his career, Schlein said, he quickly realized the problem was not the students.

"It was this failure of education to meet their needs that led to them acting out," he said. "So much of the period of adolescence can be used to explore identity constructively. If we don't give young people these outlets, they tend to experiment in destructive ways." 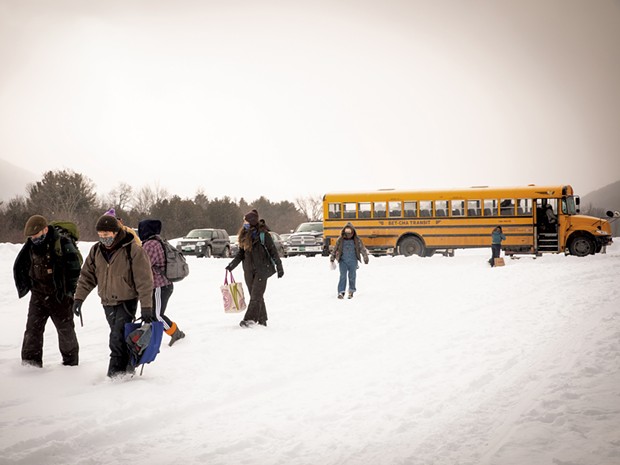 As a teacher in Vermont, he wanted to create an alternative educational program, offered through the public school system to make it more accessible, that would represent the diversity and viewpoints of Addison County. He went to then-Vergennes principal Peter Coffey with the seed of an idea to pilot a program that would be more holistic and foster relationships with the community, the natural world and the self.

Students — mostly juniors and seniors — can apply for one or two years. They spend 75 percent of their day outside, taking only math classes within the school building. Despite COVID-19, Walden Project students have been able to attend school four days a week in-person this year. 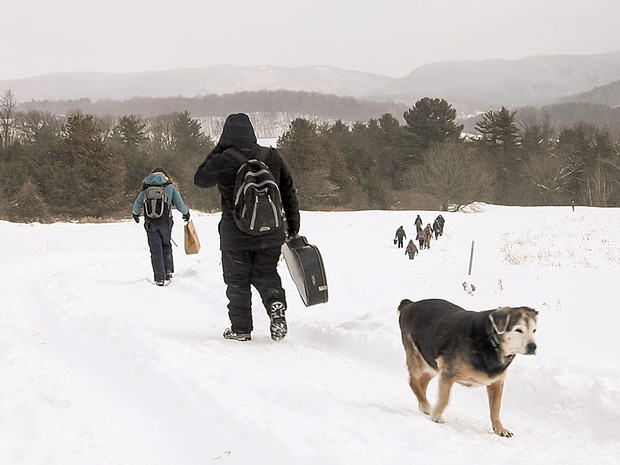 "We do this really interesting and important dance between structure and freedom," said Schlein. "Particularly for adolescents, having some sense of freedom and agency is really important, not just from an academic point of view but from a personal, existential point of view."

The independent studies that students embark on are often personal. One student reconnected with her Native American ancestry and learned to skin a beaver during her second year at Walden. Another student built a traditional canoe, felling a tree with hand tools and burning out the inside of the log with fire.

"The best lessons and the deepest learning happens when I get out of the way and let the students follow their own passion and their own interest," said Schlein.

The days follow a predictable structure. Every morning, students collect logs from a woodpile to build a fire, then form a socially distanced circle around it. Class begins with a guided meditation, then AmeriCorps member Rowan Kamman, once a Walden student himself, passes out the book Walden by Henry David Thoreau.

Thoreau is the "godfather" of the Walden Project. The program is modeled on the author's two-year move to Massachusetts' Walden Pond decades after the American Revolution to reflect on core questions of freedom, self and society. Schlein opens every morning reading a different passage from Thoreau.

"The universe is wider than our views of it," Schlein read. When he finished, he asked students for their reaction.

"If you never get an alternative perspective, even though you have the potential to fully realize yourself, it doesn't mean you will, because you're still under the bonds of being around your parents," shared one student. "Sometimes you have to leave everything you know so that there aren't any molds being put on you. So that you can become something new."

Schlein said students engage in a lot of debate around the fire, a soothing and grounding environment that harkens back to primitive times. One year, there was a student from a family that ran one of the largest organic farms in the area, and another who came from a family of more conventional dairy farmers.

"It was fascinating to watch the two engage," said Schlein. "It's not that either convinced the other of a different viewpoint, but they were able to come up with appreciation for their differences. John Dewey said public schools are the laboratories of democracy ... We provide a safe container where they can explore these ideas and look at differences and still understand how to like the person that you disagree with."

Over the years, Schlein has collected data on the Walden Project's students, which reveal that as many as 15 percent have dealt with significant loss, such as the death or the serious illness of a parent.

"There's something very palliative about being in nature around a fire. It doesn't erase the sadness, but it gives some context for these cycles of nature," said Schlein. "The problem with our culture right now is that ... we're disconnected from those cycles of life and death."

With no bell system to separate subjects, the day's lessons overlap. An English class can be just as much about environmental studies as about literature.

"We definitely leave room for nature to be the master teacher and to take over if she's providing something more interesting," said Schlein. 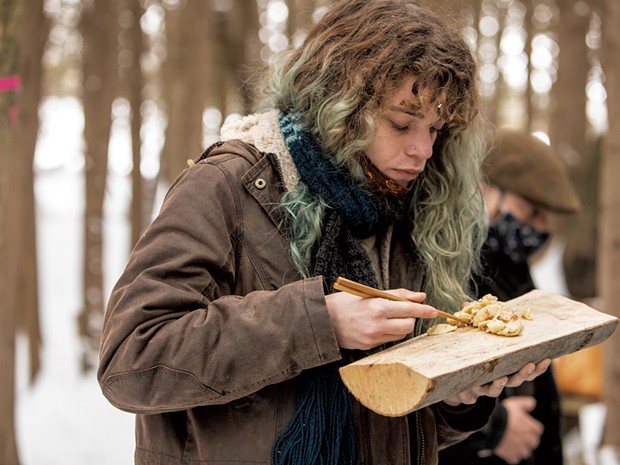 He recalled a winter field trip to Kingsland Bay State Park in Ferrisburgh, where the class came upon a deer that had fallen off a cliff and broken its neck. The outing suddenly became an impromptu anatomy and physiology lesson.

Schlein said the best ambassadors for the program are the many former Walden students who have returned to Willowell and Walden to work as educators through AmeriCorps or in one of Willowell's many sister programs, including summer camps, Wren's Nest Forest Preschool and the most recent addition for elementary-age kids, the New Roots Project.

AmeriCorps volunteer Kamman praised the program. "It really improved my sense of self and ability to think for myself as an individual," he said. "I wasn't getting that sort of development in the main school building." He believes it's the coldest winter days that reveal the best parts of the Walden Project and make the spring bloom more invigorating.

Schlein said he loves watching that light bulb go off when students are engaged in learning, thinking critically and forming community. He believes those ripple effects can be part of the solution for many societal issues, from climate change to mental health.

"The universe is wider than our views of it," Schlein said. "I think that applies to the possibility of schooling and education."