June 01, 2012
comment
If you live in Vermont, you don't have to travel far to find family-friendly summer fun — but sometimes you want to. This summer, we're asking our Kids VT contributors to visit some of our favorite destinations, both in-state and around the region. We'll share their adventures in our June, July and August issues. Looking for more day-trip ideas? Click here to check out the first three installments of the Vermont Day-cations series, published last summer.

Montréal Biodôme: Where the tundra is always greener 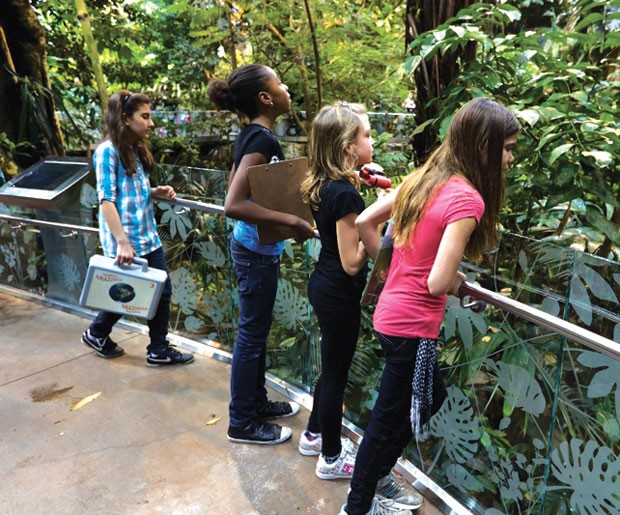 I have a problem child. The problem is that, at the tender age of 8, David doesn't want to go anywhere anymore. We've traveled so much — from Disney World to Angkor Wat — that he's sick of leaving the house.

In late May, though, I coaxed him into going to the Biodôme with the promise of ice cream and a gift shop — two things I was pretty sure it could offer, in addition to an astonishing array of ecosystems: the tropical rainforest, the Laurentian maple forest, the Gulf of St. Lawrence, the Labrador coast and the sub-Antarctic.

The two-hour trip north was painless enough, in part because he had cookies and an iPod. David only asked once if we could stop to stretch and pee. I know him well enough to realize it was a ploy — which was good because I couldn't figure out where any bathrooms might be once we were beyond the border. (Hint: The best place along the way to pee and stretch is at the border. The bathrooms are on the left after you clear Customs.)

Bladders full, we arrived at the Biodôme on a Sunday at high noon, along with everyone else in Montréal. Despite the crowds, the ticket line was quick, and there was no wait for the big, clean bathrooms.

David held tightly to my hand — afraid that he might "get stolen" among the masses — as we entered the first, Amazonian-like atmosphere. Once inside, though, he relaxed. The lure of birds and monkeys was far too strong for him to be tied to mama. Plus, the color was breathtaking, as was the humidity, which is maintained at a sweaty 70 percent. The dragon's blood shrubs, bamboo palms, and Brazil nut and cocoa trees were full of avian life, such as the scarlet ibis and hyacinth macaw, in addition to sweet beasts, such as the gorgeous golden lion tamarin and the ground-dwelling cuddly capybara.

It took a leisurely two hours to wind our way through the changing seasons and ecosystems. David paused frequently to use the touch screens to get more information about the flora and fauna. He lingered longest at the expansive sea of urchins in the Labrador coast.

"How would you walk if you were in there?" he asked.

I wanted to crawl into the sub-Antarctic air with the adorable breeds of penguin before we headed back out into the 90 degree temperature outside. That wasn't an option, but we were able to delay our return to the real world by buying $5 rocks in the gift shop and eating $2 ice cream at the bistro.

On the way home, I asked David to rate the Biodôme on a scale of one to 10.

"Seven and three-quarters," he said — high praise from my reluctant traveler, especially considering that Disney World only got 8. What about Angkor Wat? Well, that's a whole other story. 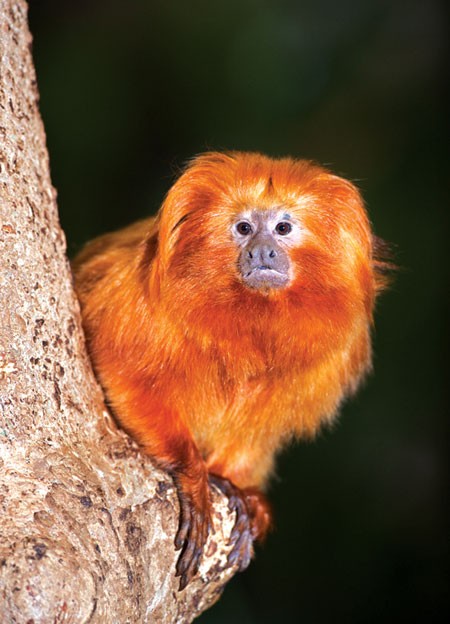 Shelburne Museum: Everything but the kitchen sink

Some moms get breakfast in bed — or brunch at a restaurant — on Mother's Day. This year, I had to beg for a cup of coffee. Despite the occasion, my husband and 10-year-old twins seemed determined to treat me like an everyday mom. If we stayed home, I realized I'd be expected to act that way, so I brought the clan to opening day at Shelburne Museum — one of our favorite places to visit. I hoped the beautiful grounds and sunny skies would help me forget my everyday family's failings. Things started looking up right away: For being among the 200 first arrivals, I got a free lilac clipping — Mother's Day flowers!

There's nothing in Vermont — or anywhere — like the Shelburne Museum. Open to the public since 1952, it consists of an eclectic collection of buildings and objects amassed by wealthy New England collector Electra Havemeyer Webb. Visitors can see more than 150,000 items of Americana in historical buildings that she moved — or, more likely, had moved, — to the 45-acre site.

Weather vanes? Duck decoys? Historic guns? Antique carriages and sleighs? Vintage toys? Shelburne Museum has 'em all. This is an everything-but-the-kitchen-sink museum. Come to think of it, there is probably a collection of antique kitchen sinks on those gorgeous grounds somewhere. 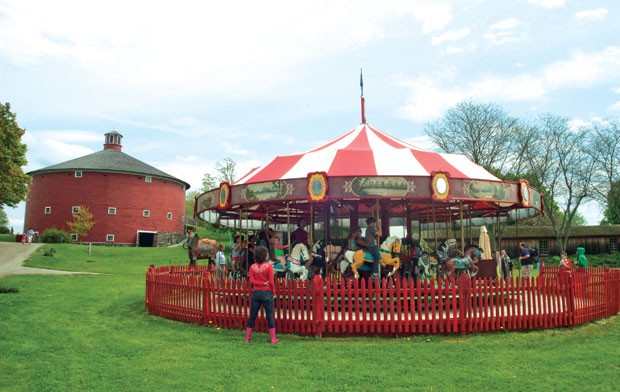 My kids made a beeline for the Ticonderoga, a 220-foot, side-wheel steamboat that ferried passengers around Lake Champlain until the 1950s. They toured all the decks imagining life as a passenger, porter or coal stoker on the Ti. I imagined myself sipping a Mother's Day mimosa in a chaise lounge on deck, but I settled for the warm, lilac-scented May breeze.

From the Ti, my kids stopped in at Owl Cottage, where, as part of the opening-day festivities, they each planted a sunflower seed in a tiny pot to take home. A space devoted to imaginative play and crafts, the cottage was a favorite stop when they were 4 and 5. They would draw on the chalkboard wall, play at the train table or pretend to cook in the kitchen for hours on end.

As we left the cottage, I juggled my lilac clipping, the map and the pots the kids foisted on me — more Mother's Day flowers? — and we headed to the blacksmith building. This has been my kids' favorite exhibit since our first trip to the museum six summers ago. Back then, they were mesmerized watching the blacksmith hammering strips of steel on the anvil. This time, we watched the smith make a key-chain fob while explaining the difference between coke and coal and between white-hot and red-hot steel. The kids were transfixed.

We went from the forge to the old-time jail, with a little tree climbing along the way. No one has ever stopped them from climbing, so I like to believe that it's OK. At the jail, they played criminals and sheriffs, locking each other up in a tiny, dark, two-room stone cell. This routine never seems to get old. Thankfully, there are plenty of benches and split-rail fences to sit on while they play.

"Do you guys want to ride the carousel?" I asked as we made our way to the exit.

Instead, we stopped at the Settler's Cabin, an 18th-century, one-and-a-half-room log house, where a docent dressed in period clothing was cooking in iron pots over a wood fire. As I contemplated a life of washing clothes and dishes by hand, sweeping a dirt floor, and cooking without a stove, I concluded: Maybe being an everyday mom isn't so bad after all. 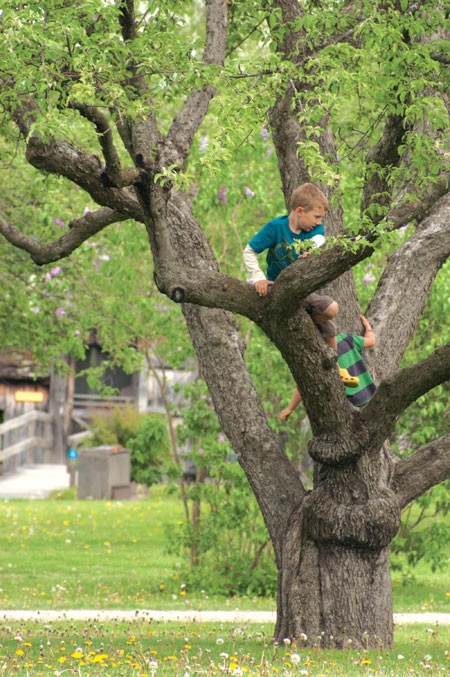