Tips for Navigating Sadness as Winter Grinds On 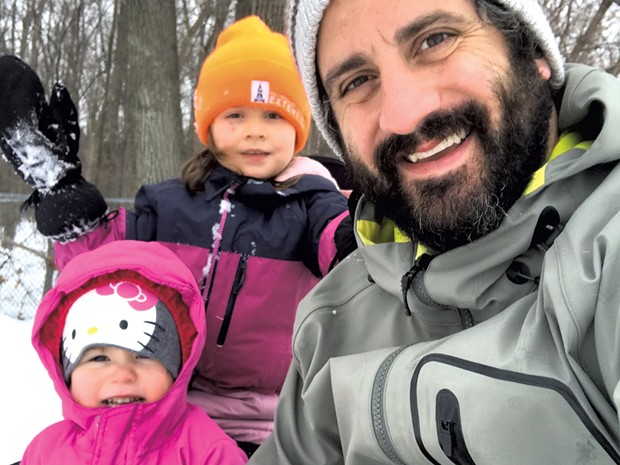 It was Monday morning, and I had just finished writing my to-do list for the third week of January. I sat down on the couch, opened my computer and stared blankly at the screen. I looked at the list, which took up the entire sheet of paper, then back at the computer screen.

I felt frozen. I felt overwhelmed. I felt sad. And this wasn't an experience unique to that particular morning. Pretty much every day in January had brought feelings of hopelessness and depression. Over the course of the pandemic, I had never experienced the consistent string of low days that I was now feeling.

I knew I had a lot to be grateful for. Everyone in my family had been in good health. My partner and I had jobs. We've had a roof over our heads and meals on the table every day during the pandemic. But I still felt depressed.

From what I've read, I am not the only parent who has experienced elevated levels of stress and depression as the pandemic has stretched on. According to findings based on monthly surveys given to 6,246 parents by the University of Oxford, "parental stress, depression, and anxiety increased between November and December [2020]," when new national restrictions were introduced in the United Kingdom, similar to the additional restrictions prohibiting multi-household social gatherings introduced in Vermont around that time.

On top of these new protocols and pandemic fatigue were the general mental health challenges typically associated with the winter months, such as tiredness, anxiety and depression.

The cold and darkness of winter in Vermont. Balancing a career with raising two tiny human beings, ages 2 and 4. Not being allowed to gather with friends and family, or to visit favorite places like the public library. Living nearly a year in a global pandemic. No babysitters. No breaks. When I write it all out, I'm actually not that surprised that I'm feeling depressed.

My attempts to make myself feel better were more moments of escapism rather than intentional healthy lifestyle choices. Although I had been running nearly every other day for the past six months, I had also developed a handful of unhealthy coping strategies. I was staying up past midnight on a consistent basis, having convinced myself that it was the only time of day I could actually have to myself. Drinking alcohol on a nightly basis had become my go-to strategy for relaxing at the end of each day. I was also guilty of doomscrolling social media on a regular basis and eating copious amounts of tortilla chips.

I knew I needed to make some changes but was on the fence about the steps I needed to take.

Then, one night, during my seemingly endless Facebook scrolling, I came across a post from my friend Nathan Hartswick, co-owner of Vermont Comedy Club. He shared that it had been a year since he had consumed an alcoholic beverage and how being sober had been so important for his mental health during the pandemic. Near the end of the post, he wrote: "If you're considering making a change like this, I recommend it." As I read it, I felt like he was speaking directly to me.

That evening and the following day, I reflected on those words. I thought about all of the unconscious choices I was making that likely contributed to my low feelings. I thought about the changes I could make in my daily life that could have a positive impact on my mental health.

Beginning February 1, I made the intentional choice to do the following things:

As I approach the home stretch of February, I feel like I've done a pretty good job of following the intentional lifestyle choices I decided to make at the start of the month. And, unsurprisingly, my mood has been generally positive, though I certainly still have my moments.

I'm not making any long-term commitments to these changes, but for the time being, I'm planning to stick with what's working. To echo the words of my friend Nathan: "If you're considering making a change like this, I recommend it."

Albaugh is not a medical professional and this column is not intended to provide medical advice. Visit mentalhealth.vermont.gov to find professional help.