Times Are a Changin' 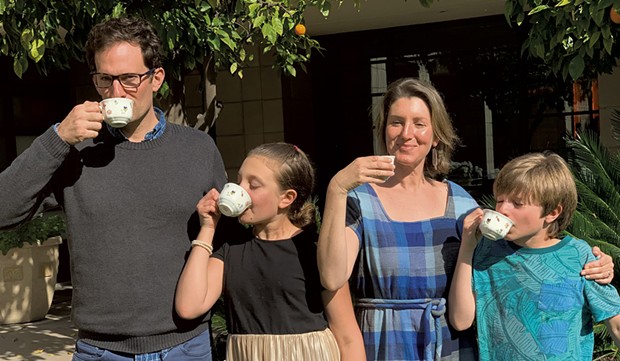 When I was growing up in suburban New York in the 1980s, it was rare to come across a family in which the dad played the primary role in childrearing, cooking and cleaning.

Undoubtedly, we still have a long way to go when it comes to gender equity on these fronts; women employed outside the home shoulder 65 percent of the childcare responsibilities to their male partners' 35 percent, according to data from the U.S. Bureau of Labor Statistics from 2011 to 2015.

But other research indicates things are improving. The Pew Research Center found that in 2016, fathers reported spending an average of eight hours a week on childcare, triple the time they spent in 1965. And anecdotally, I sure notice a lot more dads at school pickups than I did when I was a kid.

Still, depictions of dads in the media — from the bumbling, incompetent men-children of family sitcoms to the stoic, macho bros in car commercials — reinforce the notion that dads aren't capable of meeting the logistical and emotional needs of their children.

Keegan Albaugh is a local father of two working to flip the script on what it means to be a dad. Last year, Albaugh created Dad Guild, a nonprofit organization that aims to connect and support new dads. Every month, dads meet up for playgroups at the library and playgrounds, and Dads Night Out events to socialize, commiserate and trade advice. Read about Albaugh and Dad Guild in "#Squadgoals."

Also, you'll find a Q & A with another Vermont dad, homesteader Ben Hewitt, and his wife, Penny, who recently published a fun, informational book that instructs young readers how to transform a tarp into a tent, brush your teeth with a stick and, yes, roast a cricket. We interview and photograph a family of five with a stay-at-home dad in "Family Portrait." And in "Use Your Words," Burlington writer, yoga instructor and father Adam Bluestein tells how applying lessons "from the mat" to your parenting practice can make you a better dad — or mom.

June is one of those transition months for families, as school wraps up and summer begins. Though the days will eventually start to feel more relaxed, the adjustment to new routines and schedules can feel a bit jarring at first. Look for our third annual Daytripper family summer fun guide on newsstands and online in June. It's a great resource for planning entertaining, educational and delicious outings all around the state in the coming months. Here's to another beautiful Vermont summer!