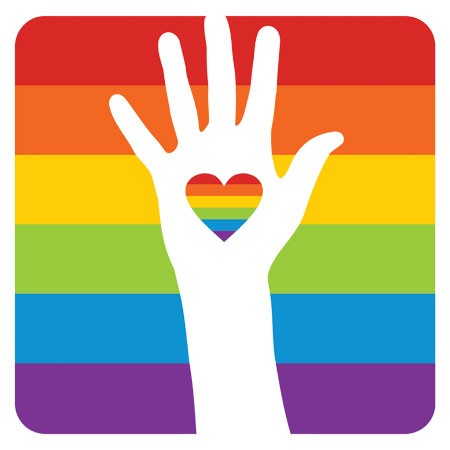 (As told to Cathy Resmer) Before I knew where babies came from, I used to pray at night for God not to give me one. I guess I put two and two together — Mary getting pregnant with Jesus through immaculate conception — so I asked God not to let that happen to me. I always imagined that I would have kids, but I never wanted to be pregnant.

Fourteen years ago, I started dating Mary Alice. That's the beauty of a lesbian relationship: two wombs. Mary Alice has always wanted to have kids, and she wanted that mothering experience. She was able to carry our daughter, Mania, who's now 3, and she gave birth to our son, Hobie, last month.

Being a parent has completely changed my perspective on what's important. Before I had kids, I think I kind of defined myself by what I did, whether it was my work or my extracurricular activities. But now I prioritize my family. And I'm more fiercely devoted than I was when there were just two of us.

I do feel that the bonding experience is definitely different for me, because I'm not breast-feeding. I don't actually physically want to breast-feed, but I do appreciate the bond it creates. With Mania, I had to feed her with a finger tube for the first 48 hours. I felt like I had this connection that I feel is slightly lacking with Hobie — he's been breast-feeding from day one. Mary Alice is the most important thing to him right now because of that, and I think I get a little jealous.

I always struggle in the baby phase: Where do I fit in?

Now that Mania is older, I feel like I've bonded with her quite well. I work for a landscaping company, so I stay home with her all winter, and I involve her in everything I do. We cook together. We make bread together. She helps me work on the car and do construction projects. I hope Hobie will do all of those things, too.

One thing that frustrates me about being a two-mom family is that every time I talk about the kids, at some point, I have to come out. We were at the Fairfield library last Sunday, and I was talking with a town official. I had Hobie in the baby carrier. The town official asked, "How old is he?" I said, "2 weeks." At some point, he asked how much Hobie weighed at birth, and I told him 11 pounds, 5 ounces. He put his hand on my arm and said, "You poor girl." And I said, "Oh, it wasn't me; it was my partner." There are lots of moments like that where I can either mislead the person I'm talking to, or I have to correct them. It forces me to out myself.

For me, it's awkward, because you never know how people will react. I'm just always thinking, Please don't let this go down a road where we've gotta talk about it. We're talking about my kids. Why should I all of a sudden have to talk about my sexuality?

But sometimes I feel like I need to bring it up, to challenge people's definition of family. I'm taking an online class right now through Johnson State College, and I emailed my professor privately saying, "We just had our son, I'll do my best to post online, but I might be a little absent this week." And then she posted on the forum for our whole group something like, "Jaime might not be participating as much this week. He just welcomed a new son into his family." I never indicated a gender for me or my partner, but she thought I was a he, based on just my name, I guess. That was interesting.

I emailed her back privately and said, "Thanks for the posting, and by the way, I'm a woman. My partner and I just had a son." Not in a sassy way, but just to let her know. I didn't correct her public message because I didn't have the energy, and it's not my problem.

She emailed back and said, "LOL, I've had this happen before." I couldn't help but think: Wouldn't that make you less likely to make assumptions? I just wish people would think outside the box.

I've never encountered any negativity, though. After I came out to the guy at the library, we just sort of glazed over it and started talking about something else. I've been taking Mania and Hobie to a local playgroup, and people there probably assumed I was a straight mom. But when Mary Alice came, too, all of the grandmothers oohed and aahed over Hobie and just accepted us.

Who knows what people say when we're not around, but so far, we've only received a positive response. I was ready for anything, but I've been amazed — I feel like I've underestimated my community.

Use Your Words LGBT parenting