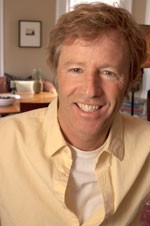 I volunteered to work for dozens of political campaigns because of Al Lowenstein.

I was a student at Middlebury College when I saw Al Lowenstein speak on behalf of Ted Kennedy, who at the time was a presidential candidate I liked. Al was a former congressman from New York. He was famous for his involvement in the civil rights and anti-Vietnam War movements of the 1960s. He was one of the most galvanizing politicians I've ever heard but, before I walked into the lecture hall, he was unknown to me.

The hall was jammed with students. Clearly, I thought, this was someone I should have known something about. I changed my mind when he was introduced and a short, bald man with thick glasses stood to speak. No way he'd have anything to say to me.

Wrong! He began talking about how so many kids my age were more interested in baseball than in electing the next president. What? I thought. Was this guy talking to me? Was he telling me that his generation, the one that insisted on equality for black Americans, the one that ended the Vietnam War, cared more about its future than mine did?

Of course, he was right. He spoke about his heroes, Martin Luther King Jr. and Robert F. Kennedy Jr., and every student in that room was riveted, because this guy was the real deal: He'd known and worked with both of these extraordinary leaders.

And, just like that, he stopped talking. He looked around the room and, after a long, really awkward pause, asked who among us was supporting Kennedy for president. Most hands went up.

"Keep your hands up!" he said. "Now stand up! Go to the back of the room and sign up to help our candidate win the election!" Those of us who had raised our hands were speechless. We stared at each other. He'd called our bluff, and we had to follow through. It was the first time a lot of us had volunteered for anything.

Since then, I've volunteered for dozens of campaigns. Campaign work may sound like drudgery. Knocking on doors in lousy weather to get out the vote may not sound like a good time, but the reward is just as Al promised: With each campaign I get to know my town in ways I can never predict. I find out what matters to my neighbors. And I play a fundamental role in making my community work.

Just goes to show that short, bald men with thick glasses can surprise you.

Submit your stories for the Because Project to sara@vtchildrenstrust.org. Submissions should be 300 to 600 words long and should respond to the prompt "I am/decided to/learned to _______ because of ______." Kids VT will feature one of these stories in each issue.

The Vermont Children's Trust Foundation supports statewide prevention programs for children and families to help give all kids a fair chance at success.