by Megan James and Alison Novak

The holidays are coming. What are you going to get for the kids in your life? Sure, you could pick up the hottest new LEGO or Frozen paraphernalia. But what if the goal is something so unique they'll remember it when they're grown up?

To get readers' creative juices flowing, Kids VT spoke with some knowledgeable gift-giving experts — local toy- and booksellers — about the best kids gifts they ever gave or received. We also asked them to make recommendations from their stores. We weren't looking for the hot new bestsellers that might end up buried in the back of the closet, but the toys and books that kids will return to year after year.

Read on for their stories and suggestions.

Look for love at first sight

Karen Williams-Fox, owner of Woodbury Mountain Toys in Montpelier, wanted just one thing for Christmas when she was 8: a huge stuffed lion named Rufus. "It was really goofy and looked nothing like a lion," she explains. "My parents thought I was crazy and said 'No way! You don't need any more stuffed animals. You'll grow out of it.'"

After their naysaying, Williams-Fox was that much more excited to find Rufus sitting on the sofa when she came downstairs on Christmas morning. "I screamed with joy," Williams-Fox says. "I had that lion forever. Even my children played with it."

Williams-Fox recommends Master Kitz with paints, pastels, stencils and stickers to help kids make their own versions of masterpieces from artists such as Monet and Matisse. "You get to learn the techniques these artists used," says Williams-Fox, "and you end up with a finished product you can hang on the wall." Appropriate for ages 4 and up.

Nancy Barringer, owner of Jamie Two Coats Toy Shop in Shelburne, likes Kathe Kruse dolls for babies and toddlers. The German-made dolls, which come in both girl and boy versions, have cloth faces and soft velour bodies stuffed with cotton and wool. "A snuggly first friend," suggests Barringer. A more realistic-looking version with a vinyl face is available for older children. 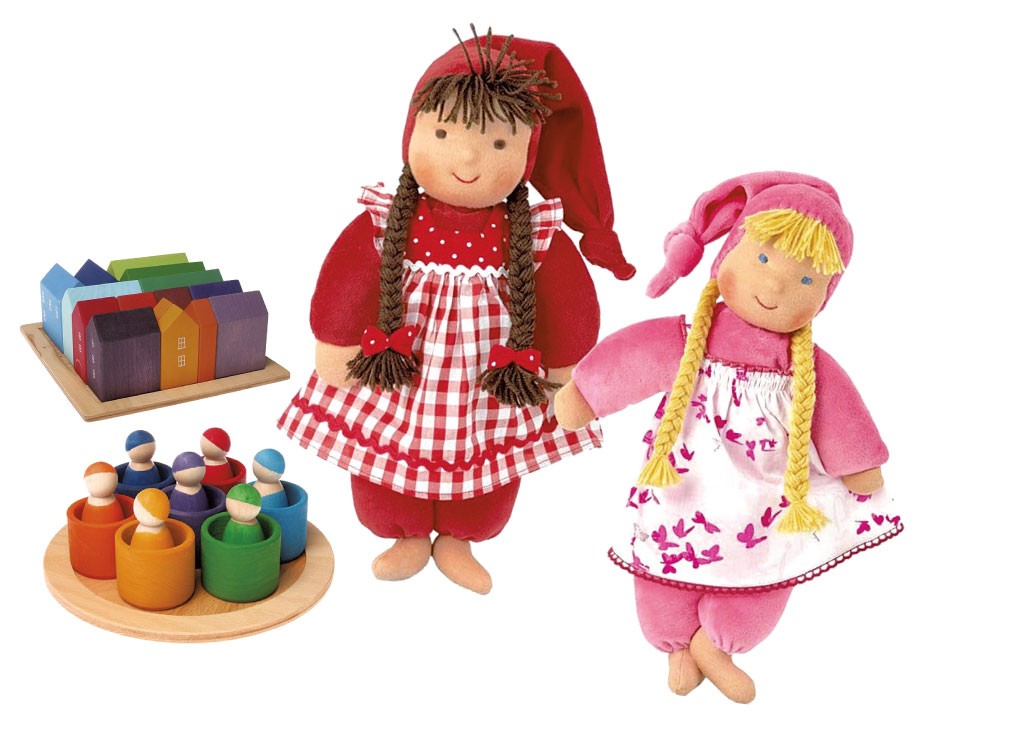 For ages 1 and up, Barringer is also a fan of wooden peg dolls with matching bowls by German toy company Grimm's. The toys are "so tactile" and great for learning colors and counting. They pair well with Grimm's colorful wooden house blocks, creating "so much potential for open-ended play," says Barringer.

"My father was the world's best gift giver," remembers Elizabeth Bluemle, co-owner of the Flying Pig Bookstore in Shelburne. "He was a magician by hobby, so he had a finely tuned sense of what might delight and enchant children and adults.

"He paid close attention to his giftees' passions and preferences. My grandmother always received a clever, unusual kitchen gadget for Christmas; my mom, something simple and elegant; my sister, something sporty or rugged. For me, he chose beguiling miniature things, and wonderful books.

"And he added an extra magic touch to everything! My sister and I might find small ceramic fortune cookies in our stockings, with tiny pull-out messages from my father to each of us."

Bluemle says her father's knack for picking out just the right present has influenced her as a bookseller. "I'm not sure who recommended the books my father chose for me — there weren't many neighborhood bookstores in Scottsdale, Arizona, back in the 1960s and '70s — but someone helped him find the best of the best. Now, when I help someone find a special book for a child, I often think about how magical those gifts were for me, and try to put just the right book into those hands."

Bluemle says she's excited about Animalium, an oversize reference picture book for kids 7 and up curated by Katie Scott and Jenny Broom. She describes it as "a gorgeous collection of illustrations of the animal world with a little information." 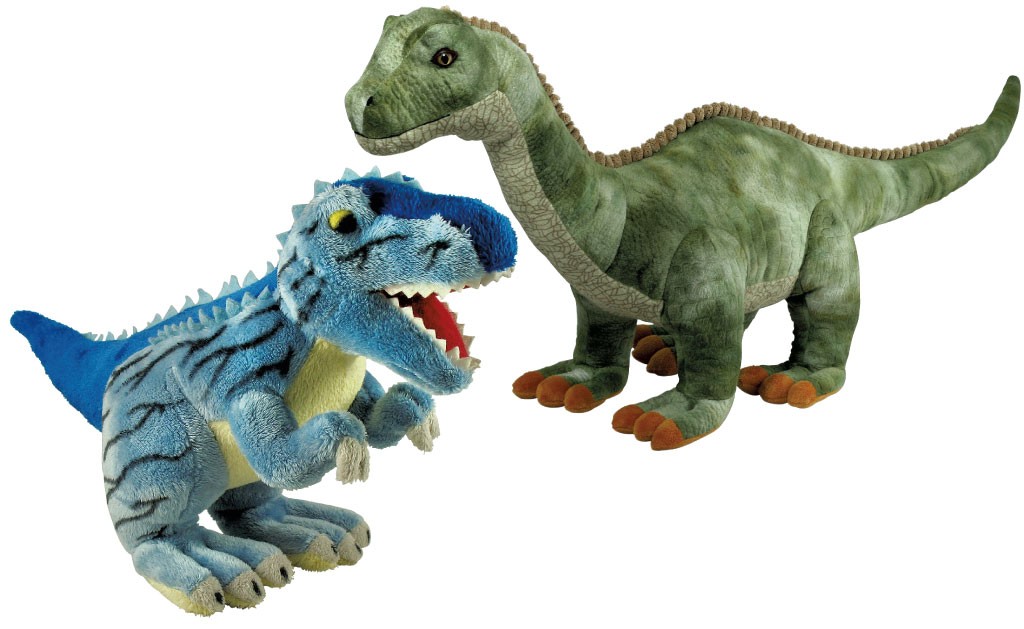 Another noteworthy new release is Gus & Me: The Story of My Granddad and My First Guitar, an autobiographical picture book by Keith Richards. Yes, that Keith Richards. It's "a simple, lovely, universally appealing story of a grandfather sharing his humor, adventurous spirit and creative passion with his grandson," says Bluemle. 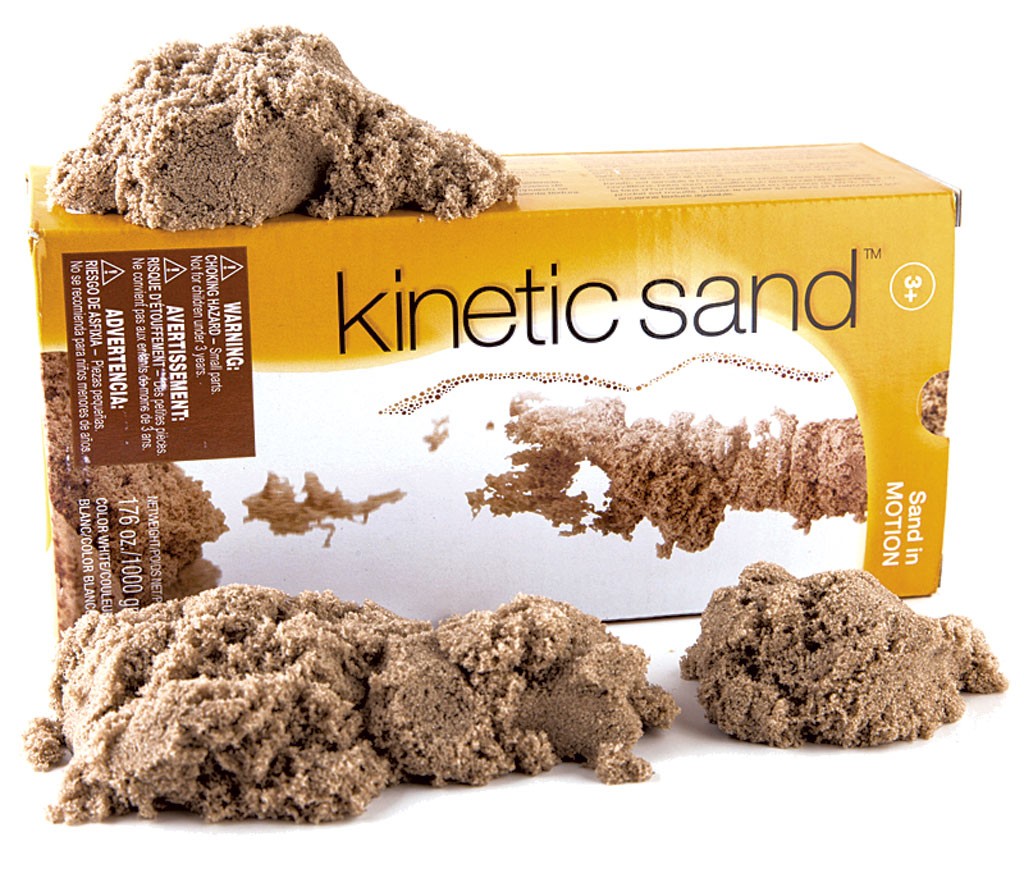 Buttered Noodles staffer Corey Bushey is a fan of Kinetic Sand by Waba Fun, which has magnetic components to make it easily shapeable; it's recommended for ages 3 and up. "It's an amazing sensory item," she says. It's nontoxic as well, " just in case it makes its way into little ones' mouths."

When Colleen Shipman's 12-year-old daughter, Emily, was younger, she wasn't into books. She wanted to be a cheerleader. That was "tough" for her mom, the longtime manager of Phoenix Books in Essex Junction.

But Emily eventually started hitting the books — because of the perfect gift, says her mom.

Shipman was at a bookselling conference a couple of years ago when she stumbled upon Undead by Kirsty McKay. "The cover caught my eye," she says, describing a comically gruesome illustration: the bottom half of a uniformed cheerleader holding a blood-dripping axe.

The edgy middle-grade novel is written with a sarcastic sense of humor Shipman thought her daughter would enjoy. And she knew Emily would connect with the cheerleader protagonist.

The best part, Shipman noted, was that the copy she gave her daughter was autographed. And Emily loved "the story of me going on a business trip and finding it for her," says Shipman. 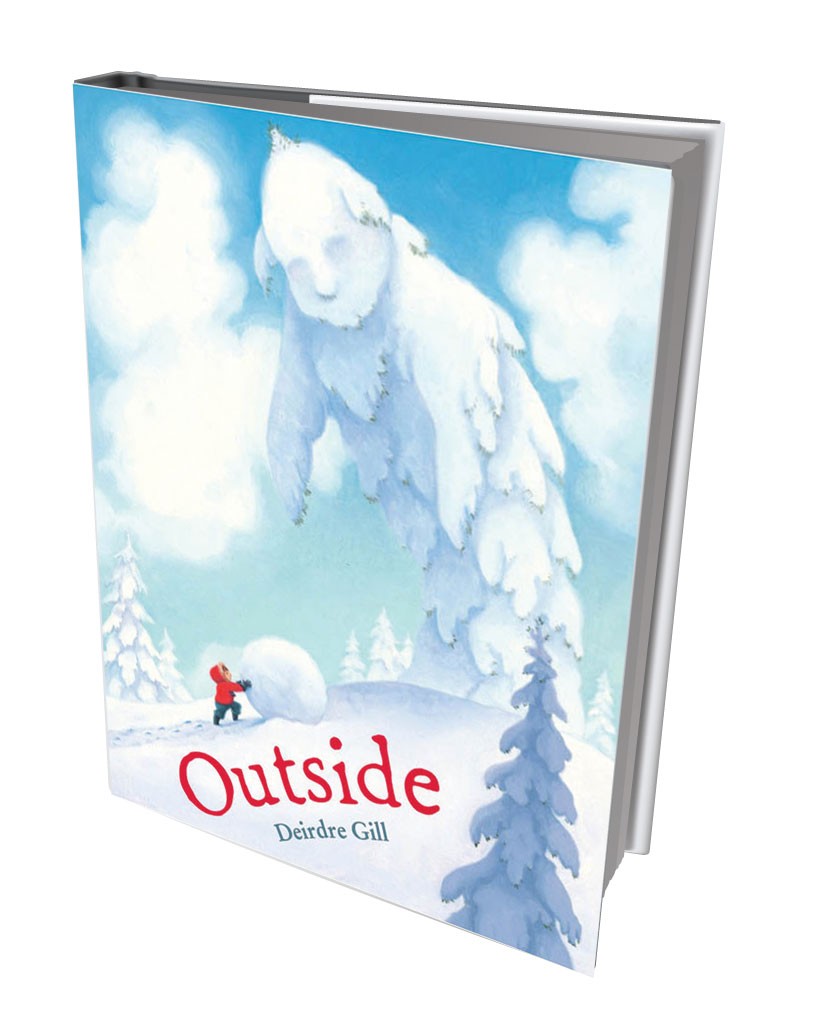 Shipman suggests Outside by Vermont author Deirdre Gill, which is recommended for ages 3 to 8. "It's a beautiful winter story," she says. A little boy asks his older brother to play, but he's busy on a computer. The younger boy "goes out into the snow and flops into it," says Shipman. "The snow is fluffy and supportive. You know how it feels." Catch the author — and pick up a copy — at a book-signing event at Phoenix Books in Burlington on November 8 at 2 p.m.

Peter Sloan, co-owner of Turner Toys in Essex Junction, was wowed by the PowerUp Electric Paper Airplane Conversion Kit he saw at the Toy Fair in New York City earlier this year. The kit, recommended for ages 8 and up, comes with a lightweight power unit that clips to a paper airplane, allowing it to fly up to 30 seconds on a charge. Templates included in the kit help kids build air-worthy paper airplanes. "We love how they take a familiar toy like paper airplanes and make it that much more challenging," Sloan says. "Tweaks can be made to make the airplane fly in circles, and you can even decorate it."

The most memorable gift for Kids City operations manager Tina Benoit was inspired by The Polar Express. She and her son, Jordan, now 26, used to read it together, starting when he was 8. In the story, a boy travels on a mysterious train to Santa's village, where he selects a bell to take with him. But when he gets home, the bell is missing.

Benoit was a big fan of the book's author, Chris Van Allsburg, and "how his storytelling evoked a sense of mystery." Each night between Thanksgiving and Christmas that year, Benoit and her son read a few pages together.

Around this time, Jordan had been coming home from school asking his mother if Santa Claus was real. "Well, Jordan, he is if you believe," she told him.

On Christmas Eve, Benoit set out his presents, including a hand-me-down computer with a bell hanging from it. She included a handwritten letter from Santa and left the computer on with the words "Merry Xmas" blinking on the screen.

At a family gathering, years later — long after Benoit had forgotten this gift — Jordan brought it up, saying it was his favorite holiday memory.

"To this day, when I'm around, he tells me Christmas happens to those who believe." 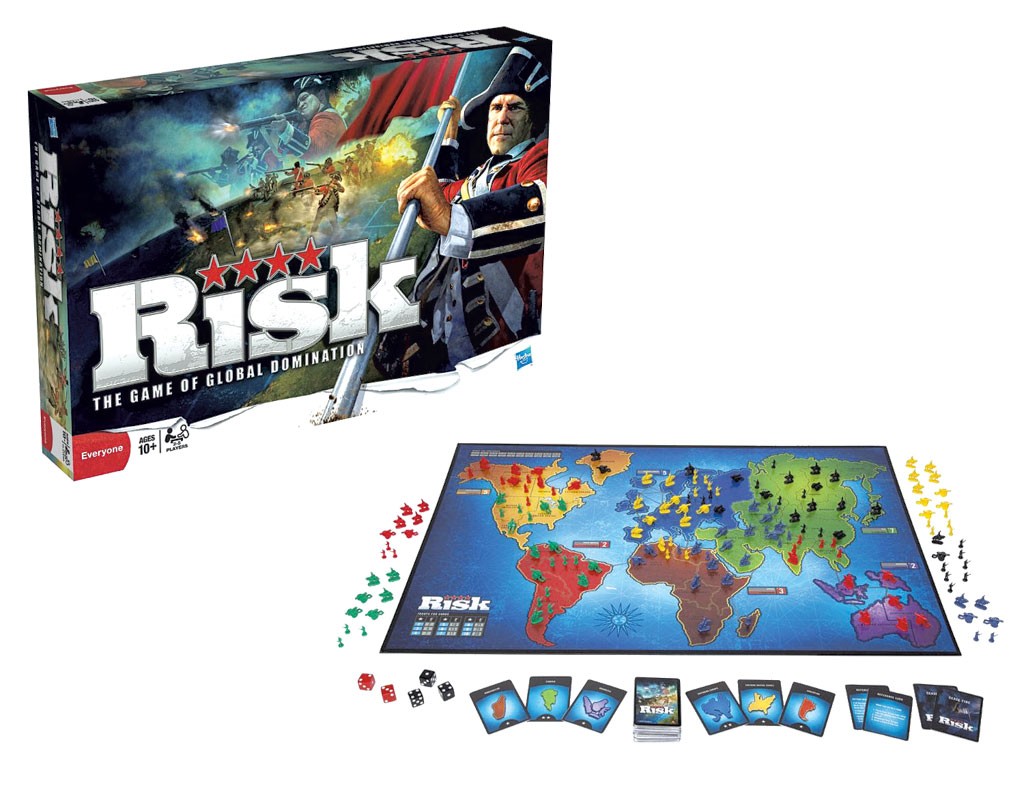 Sometimes the best bet is a timeless board game. Benoit says you can't go wrong with Risk, the game of world domination. "People want a toy that's going to allow their kids to play with it over and over again," she says. "Risk is a classic." Kids City has the current Hasbro version and a retro 1959 version that includes a larger game board and wooden "army" pieces.