In early September, Burlington hosts the South End Art Hop. The lively three-day celebration of the arts includes exhibits, activities and events. But for a cohort of fashion-oriented creatives, the STRUT Fashion Show is the focus.

This year, the 13th annual STRUT takes place on Saturday, September 9, and features more than 100 models sporting creations by 13 designers. According to STRUT organizer Gina Tron, 60 percent of them are students from area high schools, including designers Campbell Whalen, Zoe Crane and Megan Mahoney. The rising seniors — Whalen and Mahoney from Champlain Valley Union High School, and Crane from Burlington High School — have participated in STRUT for several years. 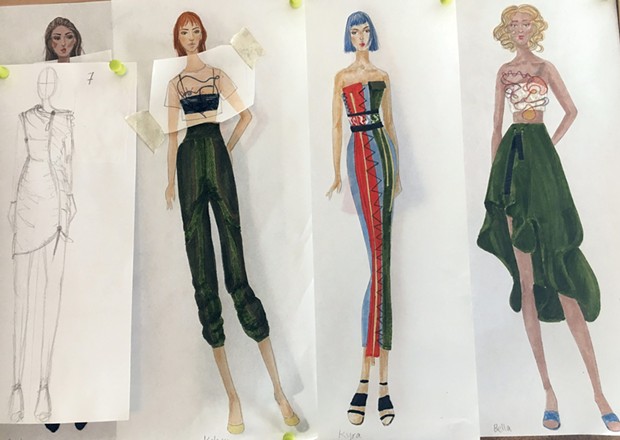 Tron believes that young designers gravitate toward the show for a few reasons. One is the satisfaction of working with their hands. "We are so tech-based these days, especially the younger generation," Tron said. "Getting involved in a real-world craft makes you a more well-rounded person. Plus it's just fun."

The work of preparing for the show gives young designers a glimpse into what a fashion-industry job might be like. "Particularly with teens that plan to go to college," Tron explained, "they can use this opportunity as a way to learn if it's the right future career for them."

The experience helped Whalen and Mahoney define designing as a hobby. Crane said she's in it for the long haul, and plans to apply to art schools this fall.

All three teens agreed that STRUT's tight-knit community and fun atmosphere keep them coming back. Kids VT recently caught up with the designers to learn more about their work and inspiration.

Kids VT: When did you start making clothes?

CAMPBELL WHALEN: I started after seeing my neighbor design for STRUT five or six years ago. She taught me to sew after I begged for a sewing machine. I also learned a lot about fashion and sewing from the Davis Studio summer fashion camps that I did for years. I now work at the same camp.

MEGAN MAHONEY: In 2013 I made a collection of duct-tape dresses. That was the first year I designed for STRUT. When I was younger, I would hand-sew clothes for my dolls, but I only got a sewing machine after my first year of STRUT. I learned to sew from my mom and grandma, but also Teresa Davis' sewing camps. Anything else I just figured out through trial and error.

ZOE CRANE: I started drawing outfits in fifth grade and then started to teach myself how to sew clothes from YouTube. I learned how to use the sewing machine when I lived in Switzerland in fourth grade, at public school.

KVT: What inspires you?

CW: This year my line was inspired by my work as a Girls on the Run coach. I found their message about confidence and strength to be really inspiring for young girls, so I decided to design my line for 8- to 13-year-old girls. The line hits on feminism and self-acceptance. 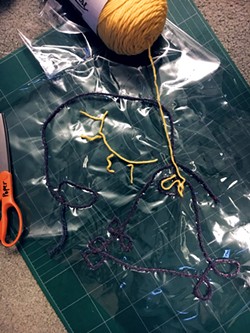 MM: My collections have been sort of all over the place, however every year I try to have something different. In 2014, Campbell and I designed dresses out of white T-shirts. In 2015, [it was] 1920s-inspired dresses, [and in] 2016, bathing suits. This year I'm designing an all-red line, which is powerful and more mature.

ZC: For this STRUT, I was inspired by my artwork when I was little because I'm interested in the way that young children view things and I wanted to explore this perspective. Maison Margiela is a [design house] that gave me inspiration for this line, especially the faces on [its] garments.