Spanish Tortilla: Small Bites For Small Hands — and Big ones, Too 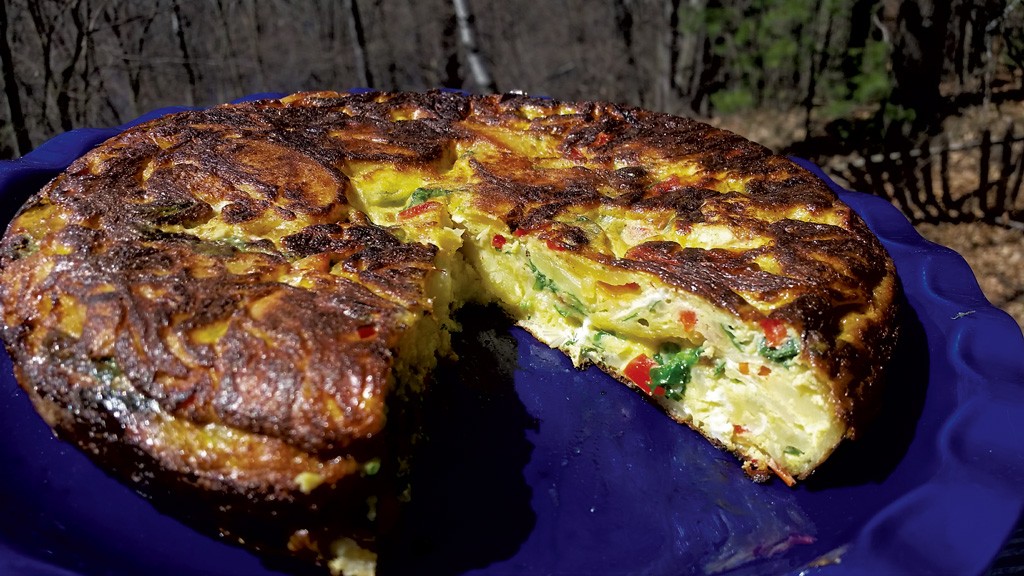 Don't assume your young children aren't going to like unusual spices and ingredients — you never know until you try. One of my son's first table foods was curried peas, and he gobbled them up!

Once a baby is ready to move beyond purées to table food — usually at around 8 to 12 months old — you can start introducing them to international flavors. Don't be afraid to experiment, though if you're not sure a certain food is safe, consult your doctor.

Small, savory, bite-size dishes called tapas — served with drinks at tapas bars in Spain — are well-suited for young kids. My parents fell in love with tapas while traveling through Spain years ago. When they returned home, my dad tried to recreate the best Spanish dishes he ate, and the rest of our family members were the lucky taste testers.

One of the most popular tapas dishes is Spanish Tortilla. It isn't a standard Mexican-style tortilla, but rather a kind of frittata with potatoes and eggs. Different variations have onions, vegetables, ham — the dry-cured Serrano variety is especially fabulous — or a spicy sausage called chorizo.

I decided to make a Spanish Tortilla with potatoes, onions, red bell pepper and spinach. The potatoes, first cooked in olive oil, get almost creamy when mixed with the eggs, making for a wonderful texture.

Don't be put off by the large amount of olive oil in this recipe. The oil used to cook the vegetables will take on their flavor, and you can incorporate it in other recipes. I used my extra oil to brush on ciabatta bread rounds for crostini.

I cooked the vegetables in a heavy cast-iron pan, but I recommend a lighter pan for the tortilla because you need to be able to flip the tortilla from the pan onto a plate halfway through cooking.

This dish can be enjoyed warm or cold. Cut it into wedges or bite-size squares so it's easy for little fingers to grab.