Screen Test For Freedom and Unity 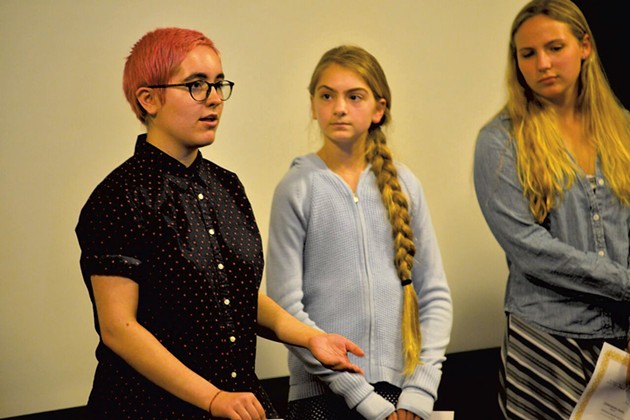 Fledgling filmmakers from across the state compete in the annual Freedom & Unity Youth Film Contest, which invites Vermonters ages 10 to 30 to create original films that explore life in the Green Mountain State. This year's entrants have already submitted their work; the winners will be announced at a free festival on May 6 and 7 in White River Junction. The weekend event will feature screenings of the prize-winning films, plus workshops taught by professionals on topics including "How To Make a Movie with Your iPhone" and "Ethnographic, Ethical and Small-Scale Filmmaking." Winners in three age categories — 10 to 14, 14 to 18, and 18 to 30 — will take home more than $5,000 in cash prizes. Originally inspired by the 2014 Vermont Movie Project — a six-part documentary film series that explores the state's iconoclastic spirit, created by more than four dozen local filmmakers — the contest has drawn upwards of 200 entries on weighty topics from racial tension in public schools to being young and queer in Vermont.

The 2017 Freedom & Unity Youth Film Contest hosts its conference at the Briggs Opera House in White River Junction on Saturday, May 6, and Sunday, May 7. Visit freedomandunitytv.org/contest_conference for more information.