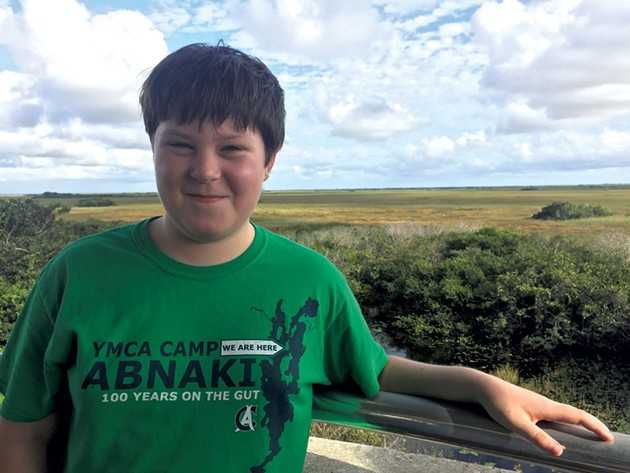 Have you signed your kids up for summer camp yet? I know, it's winter outside — the kids are in their ski and snowboard programs, playing basketball or hockey, or gearing up for wrestling season like mine (go Colchester Cobras!). But it's time for parents to start thinking about what's in store when school's out. Camps can fill up quickly. Some offer early registration discounts, so there may even be a financial incentive.

We're fortunate in Vermont to have lots of options, from traditional sleepaway camps to skill-building specialty programs. If there's something your children like to do, chances are there's a camp here that offers it.

I only went to camp a couple of times when I was a kid, but my son and daughter go every summer. They started off in day camp when they were 6 or 7, and first went to sleepaway camp at age 8 or 9.

This will be Graham's third summer sleeping away at Camp Abnaki, an all-boys camp in North Hero. He's 11. I asked him what he liked about it last year, and he told me he liked being around other boys. He's got two moms and a sister at home. "Even our dog is a girl!" he complained. Can't say I blame him.

Ivy, who will be 9 this summer, will return to Camp Hochelaga, an all-girls camp in South Hero. She spent a week there last summer. When I picked her up at the end of the session, she told me, matter-of-factly, that she wanted to spend three weeks there next time. My partner, Ann-Elise, and I bargained her down to two.

Both kids wear their camp T-shirts all year long. Graham has a baseball cap he wears, too. They tell us camp stories when something reminds them of being there. Ann-Elise and I are so happy that our kids have found another community of caring adults and peers who can nurture their independence and boost their self-confidence.

We initially found both Graham and Ivy's camps at the Kids VT Camp and School Fair. We've discovered day programs for them there, too. Last year, the kids ended the summer navigating obstacles at a week-long parkour camp at Green Mountain Training Center in Williston.

This year's fair takes place on Saturday, February 4, from 10 a.m.-2 p.m. at the Hilton Burlington on Battery Street. Representatives from more than 50 camps and schools will be there to provide information and answer questions. If you're going to the Penguin Plunge on the Burlington waterfront, stop by to see us afterward.

This month's issue also contains a camp guide, which includes camp directors' favorite memories from last summer, to put you in the right frame of mind.

Our next three issues will include camp guides. If you don't sign up soon, they'll remind you to get it done.