Ready for What's Next 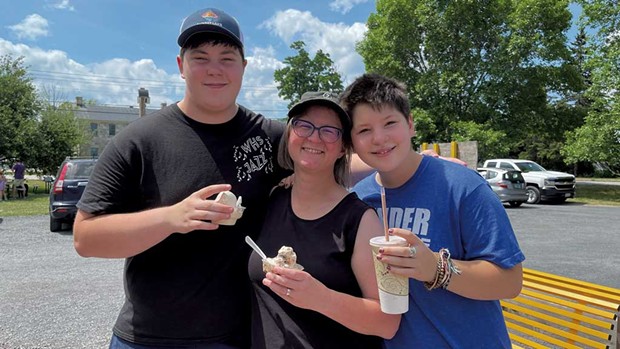 I dropped my kids off at sleepaway camp on Sunday, after stopping for frozen treats at Seb's Snack Bar in South Hero.

These two campers are even more excited than usual to get back to their bunks after last summer's pandemic-related cancellations.

My wife, Ann-Elise, and I are excited for them, too. We know they're craving time outdoors and time with friends. It's good for both of them to split up and have a chance to be more independent.

But I can't help feeling a little sad, too. The four of us haven't spent much time apart over the last 16 months. Ann-Elise is a nurse at the University of Vermont Medical Center, but I've been working mostly from home; the kids attended school remotely most of the year. We've become a tight-knit group, with our own inside jokes and our own lingo and rituals — like watching a daily episode of "Murder, She Wrote," which has been surprisingly comforting and entertaining.

The kids' departure for camp feels like an end to that era. I know that when they come back, they'll have new inside jokes with their friends. We may not immediately recognize who they've become. And that's OK. It's a natural part of growing up. I think we all agree that it's the right time for a transition.

That's true of Kids VT, as well. In the June issue, managing editor Alison Novak penned her farewell editor's note. She's been covering K-12 education for Seven Days ever since — and doing a great job. We're so fortunate to have Alison, a former classroom teacher and a parent, reporting those stories.

We're taking this opportunity to make some changes to Kids VT, too. We'll have some news about those in our Back to School issue. Look for it inside Seven Days in mid-August.

In the meantime, savor this glorious summer. In this issue, you'll read about exploring old-growth forests at Vermont State Parks, scoring high-quality home décor at secondhand stores and whipping up papaya-avocado salad. Find a few suggestions for a Vermont Summer Bucket List. And enjoy Luke Brassard's account of how he found his voice — with a little help from "Weird Al" Yankovic; the newly minted high school grad penned this month's "Use Your Words" essay.

We'll see you again before it's time to head back to class.