Pretty Fed Up in Pink

Learning to raise a girlie girl 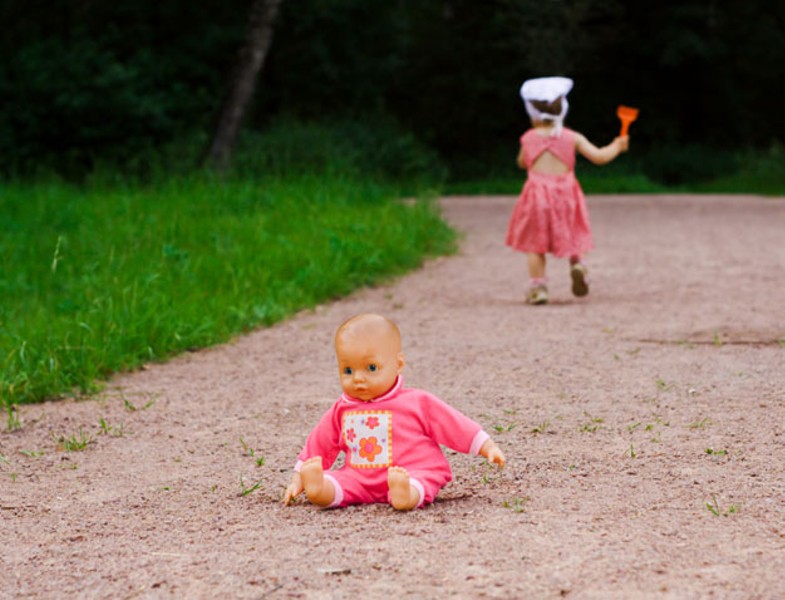 When my daughter, Manya, was born, in September 2009, I wasn't fully prepared to raise a girl. Don't get me wrong. I always wanted a daughter, even secretly hoped for one. But early in our pregnancy, my wife, Stacy, and I were led to believe, erroneously, that we were having a boy.

Here's how it happened: In honor of my mom and the many years she waited to become a grandmother — I was 44 at the time — we foolishly invited her to the 18-week ultrasound. Typically, that's when the baby's gender is identifiable — to those who know how to read an ultrasound, that is.

Despite our clearly expressed desire that everyone be surprised on the big day, Grandma-to-be simply couldn't resist the urge and peeked at the ultrasound at an inopportune moment. Later that day, she blurted out that we were having a boy. "He's hung like a horse!" she announced, beaming.

Fast-forward five months. I was at my wife's side in the operating room during the Cesarean delivery. As the surgeon pulled out our squirming, gooey infant, what profound insight passed through my head?

"Holy crap! Those are the weirdest looking testicles I've ever seen!"

We were surprised, after all — and thrilled to tears. But after we brought Manya home began the challenge of parenting our daughter in a 21st-century consumerist society that insists on color coding her.

Stacy hates pink as much as she hates ragweed. But as news spread that we'd had a girl, it started rolling in: pink outfits, pink blankets, pink toys, pink layette sets, etc.

The frou frou, frilly clothes were awful enough. More annoying were the talking dolls and stuffed animals, invariably outfitted with shrill voice boxes that reinforced outdated feminine stereotypes: "You're so pretty!" "Let's put on some makeup and play dress-up!" and "Who wants to take the baby shopping?"

To us, the battery-operated message was loud and clear: Girls should grow up to be vain, appearance-obsessed consumers — that is, until they land a hubby and start having babies of their own to push around in shopping carts.

The gender typing didn't improve much as Manya entered toddlerhood. Among the near-ubiquitous fictional characters that infiltrated her playscape were what I call the "Disney Ditz" princesses: Snow White, Sleeping Beauty and, most offensive of all, Ariel from The Little Mermaid.

Snow White and Sleeping Beauty as feminine role models convey the same dubious message: A woman can only be "saved" if she's pretty enough to be kissed by a rich, handsome stranger of guaranteed pedigree, who chances upon her while she lies powerless in a deathlike slumber. That's not just disempowering — it's downright creepy.

Yes, both stories are based on centuries-old fairy tales, but even modern portrayals of these characters look frighteningly anorexic. Even worse is the underlying message in The Little Mermaid: Ariel, a 16-year-old mermaid princess, agrees to irrevocably alter her physical appearance to marry a man to whom she's never even spoken. Great. Can't wait for Manya to burn her college savings on collagen injections and breast implants.

Stacy and I wanted none of it. Even before Manya was born, we often talked about raising a strong, capable, fearless daughter. We want her to know how to throw a Frisbee, ski or snowboard, speak another language (though neither of us does), and gain enough mastery of martial arts that she can incapacitate the random "prince" who tries to grope her while she's asleep.

But Manya has taken to all the girlie-girl stuff. She cradles dolls like they're babies, feeds them from a bottle, pushes them in a toy stroller and tucks them in for naps. I've tried working on her hand-eye coordination by throwing and kicking her balls, but Manya still prefers playing in her toy kitchen.

Stacy and I have been feeling conflicted about Manya's girlie-girl predilections. But recently, Stacy had dinner with several other moms whose daughters are all about the same age and showing similar tendencies.

One mom raised an interesting point: Why should we, as parents, feel troubled by a child who mimics behaviors such as nurturing, feeding and caring for another living being — all of which can be considered positive and traditionally "feminine" traits? In our effort to raise a strong, self-confident daughter, had we thrown out the baby doll with the bathwater?

These days, I'm less bothered when I see Manya nursing her teddy bear. I know that, despite the parade of princesses, the world she's growing up in will be vastly more egalitarian than the one her mother and I knew as children.

And, when her brother is born in a few months, I won't lose much sleep if he eventually prefers playing with toy bulldozers and G.I. Joes, as I once did. It won't mean he's destined to cut down rainforests or become a foreign mercenary. It'll just mean he's a boy who likes "boys' toys."

Use Your Words parenting girls gender