Outside the Lines: Meet the artists — and the judges — behind Kids VT's most popular monthly feature

by Ken Picard and Megan James

When Kids VT introduced its coloring contest in February 2011, we weren't sure what to expect. Would we even get any submissions? Would the entries all look alike?

We needn't have worried. Our readers responded instantly to our invitation — and more creatively than we ever could have imagined. Since that first contest, we've consistently received 70 to 200 entries each month, many of which have been embellished in astounding ways.

The feature has been so popular that we decided to make our own Kids VT coloring and activity book. We'll be handing them out at the Vermont Lake Monsters game at Centennial Field on Thursday, August 14, and at the Shelburne Farms Harvest Festival on Saturday, September 20. The cover features the work of 9-year-old Hayden Oakes of Swanton.

In advance of the book's release, we decided to pull back the curtain on the contest and introduce you to some of the artists, the judges and the creator herself.

Some young artists enter the Kids VT coloring contest so regularly that we've started to recognize their signature styles.

We caught up with a few to find out what inspires them. What follows are some of the more, um, colorful responses we received from our artists emeriti. 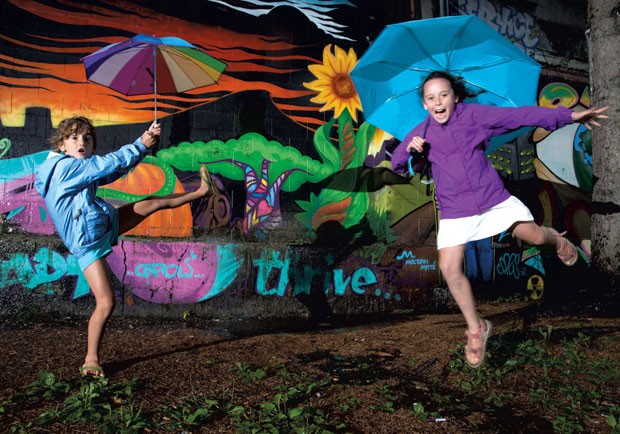 Dahlia Rubin guesses that she's entered the Kids VT coloring contest at least 10 times, along with her younger sister, Lola. 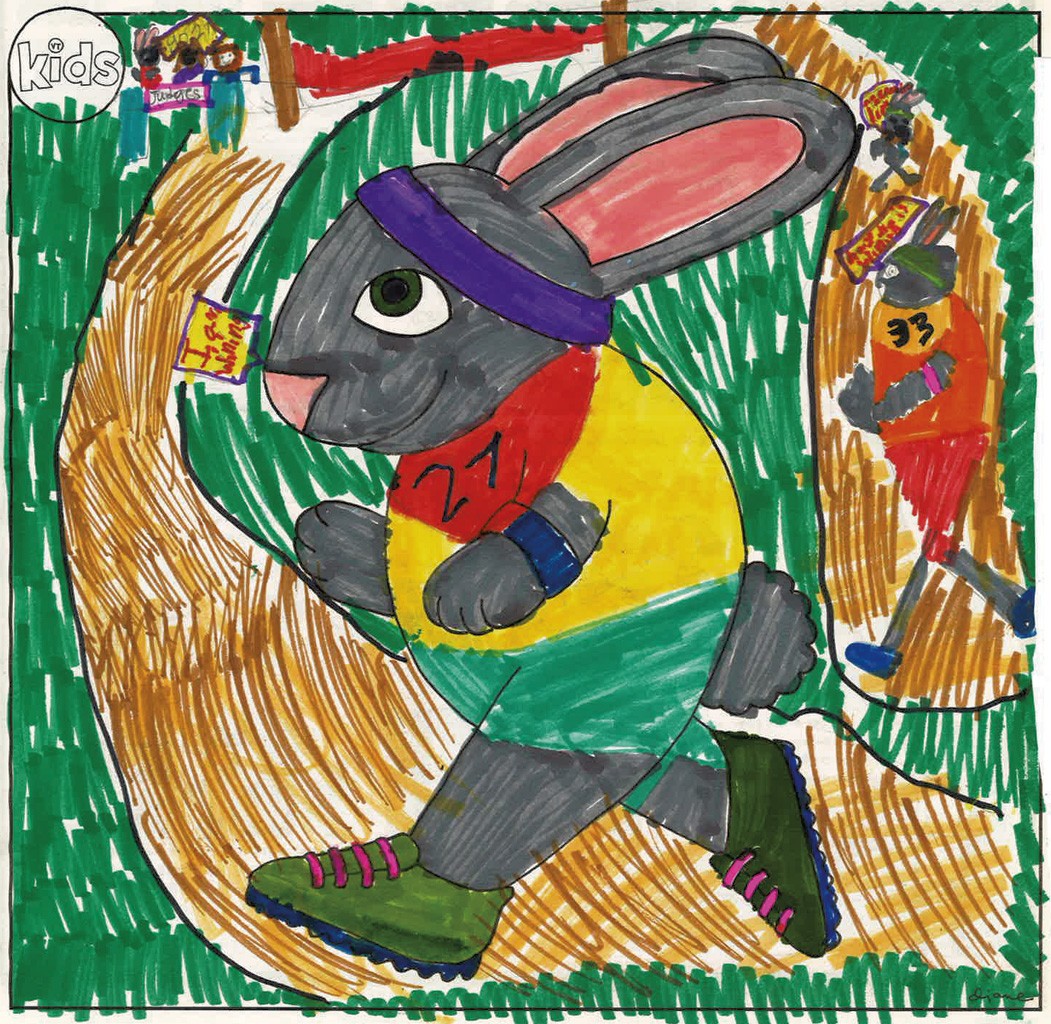 Kids VT: How do you decide what to put in your drawings?

DAHLIA RUBIN: Well, before we did it the first time, I looked at some of the other ones from people that won ... and then thought what would be funny or more interesting than just coloring the picture.

DR: I might want to be a teacher and write books on the side and also illustrate them.

KVT: And what do you like to do when you're not coloring?

LR: I like to swim and hike and to play the piano.

KVT: So who's a better artist, you or your sister? 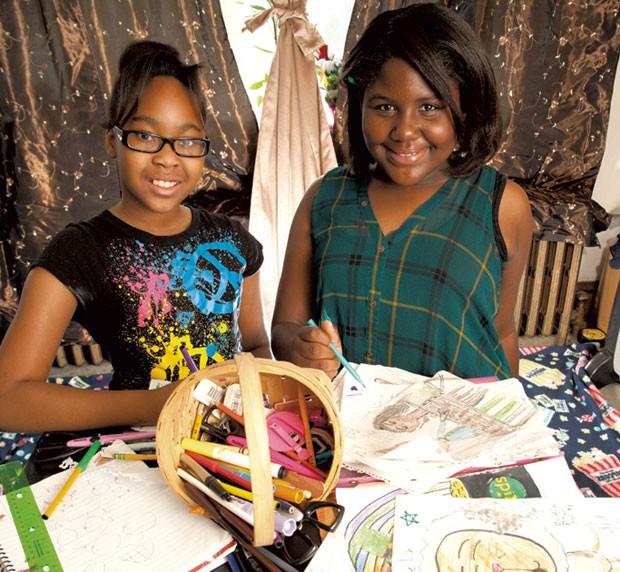 Sela & Talia have entered the coloring contest "three or four times." Sela's latest creation, "Mr. Squigglesworth," a hamster she transformed into a monocle- and top-hat-clad dandy, won this month's contest. It's her second win. 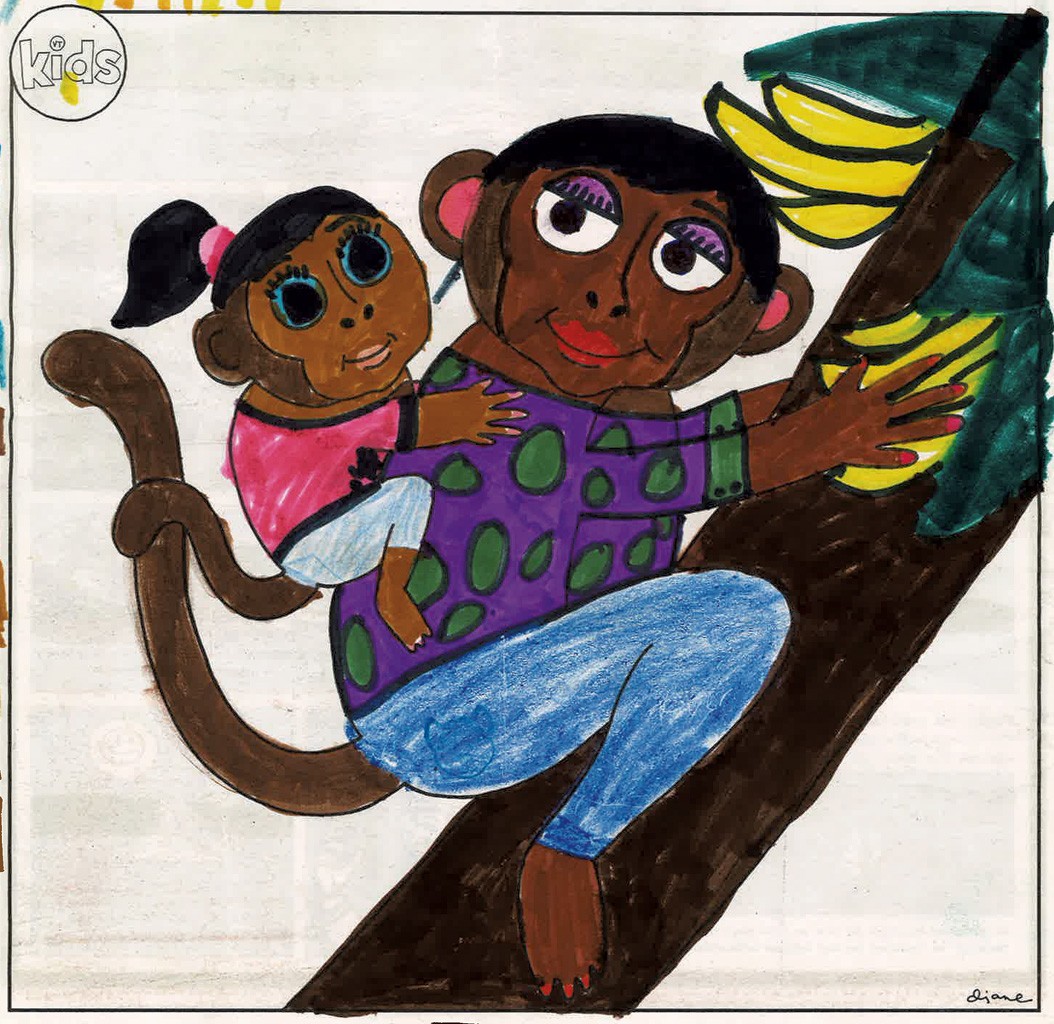 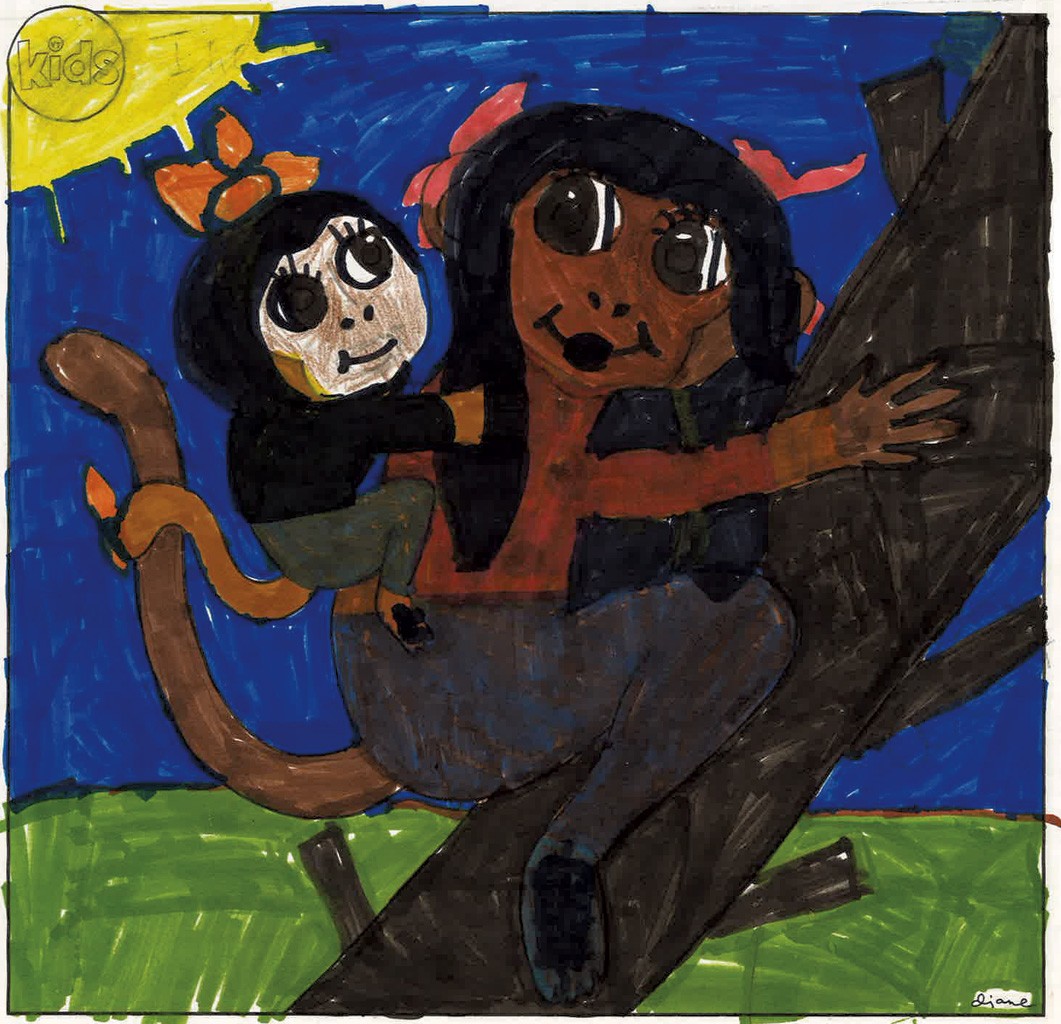 Kids VT: How do you decide what else to put in your pictures?

SELA BROWN: I never liked coloring books because they're always too boring. So before I color, I take a black marker or a black crayon, or a colored pencil or pen. Like when I did the rabbit, it was sledding, but I didn't want it to be sledding because that's probably what everybody else was going to draw. So I just followed my imagination and turned the sled into a chair.

KVT: What do you do when you're not coloring?

KVT: What do you want to do when you grow up?

SB: I want to go to a culinary school and become a chef and have my own restaurant, like a restaurant with different food from all over the world.

TALIA BROWN: People and flowers. I'm really good at that.

KVT: What kind of flowers?

TB: Sometimes I copy them out of books. Or I just make up my own.

KVT: What do you like to do when you're not coloring?

TB: Sometimes I draw during recess. 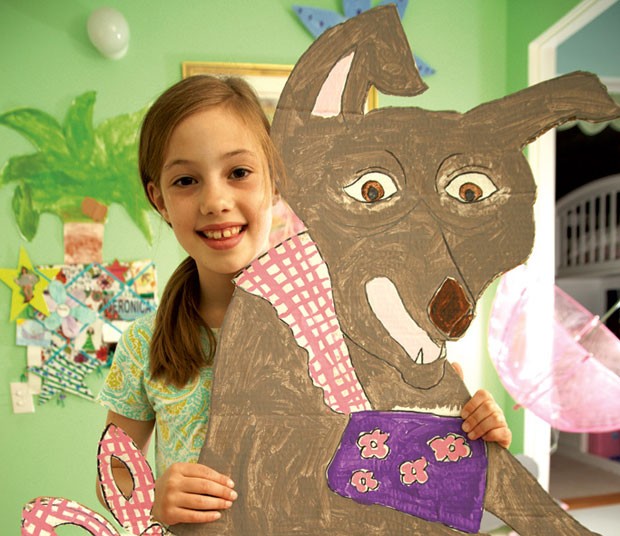 Veronica couldn't remember how many times she's entered the contest, but admits to having a stack of unsubmitted entries on her desk. 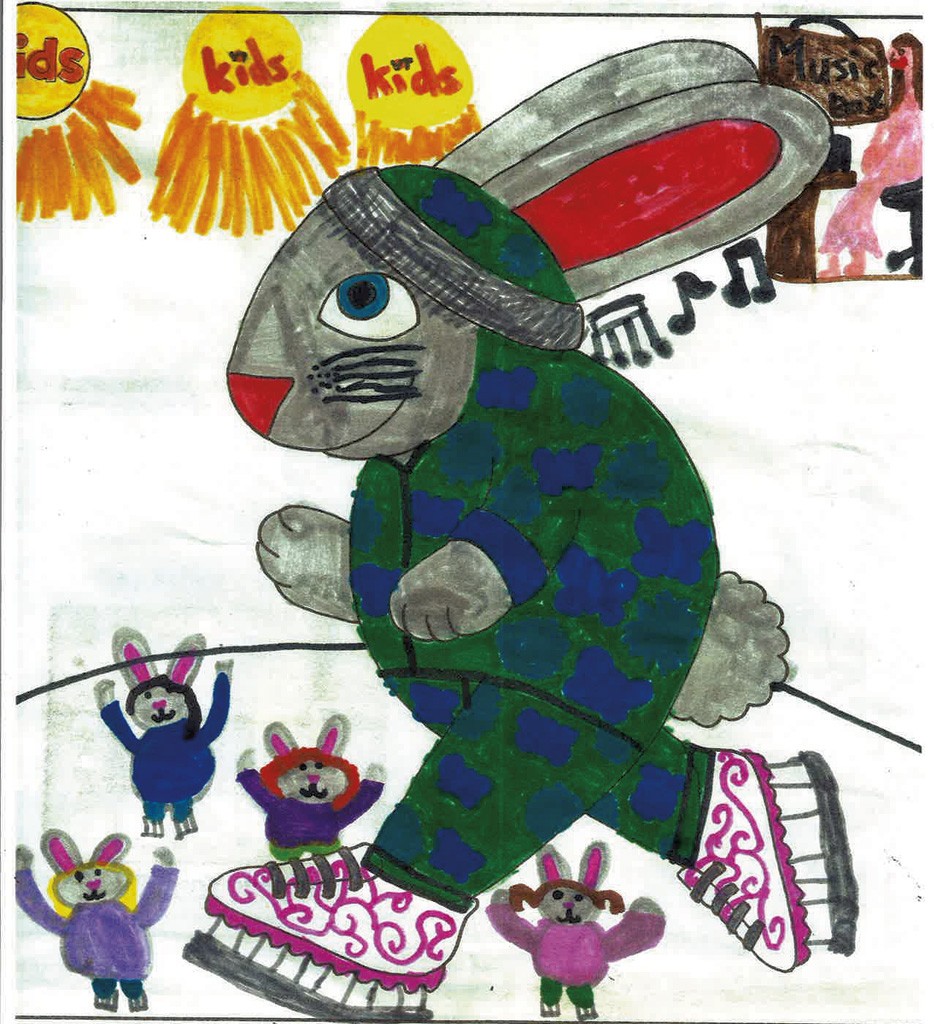 KIDS VT: What do you like to do when you're not coloring?

VERONICA MISKAVAGE: Ooh, I love reading. It's one of the things I spend most of my time doing. I love all books equally, but some more than others.

VM: I think I'll be an architect or a librarian.

KVT: As an architect, what would you design?

VM: I'd design houses with secret passages and underground slides. 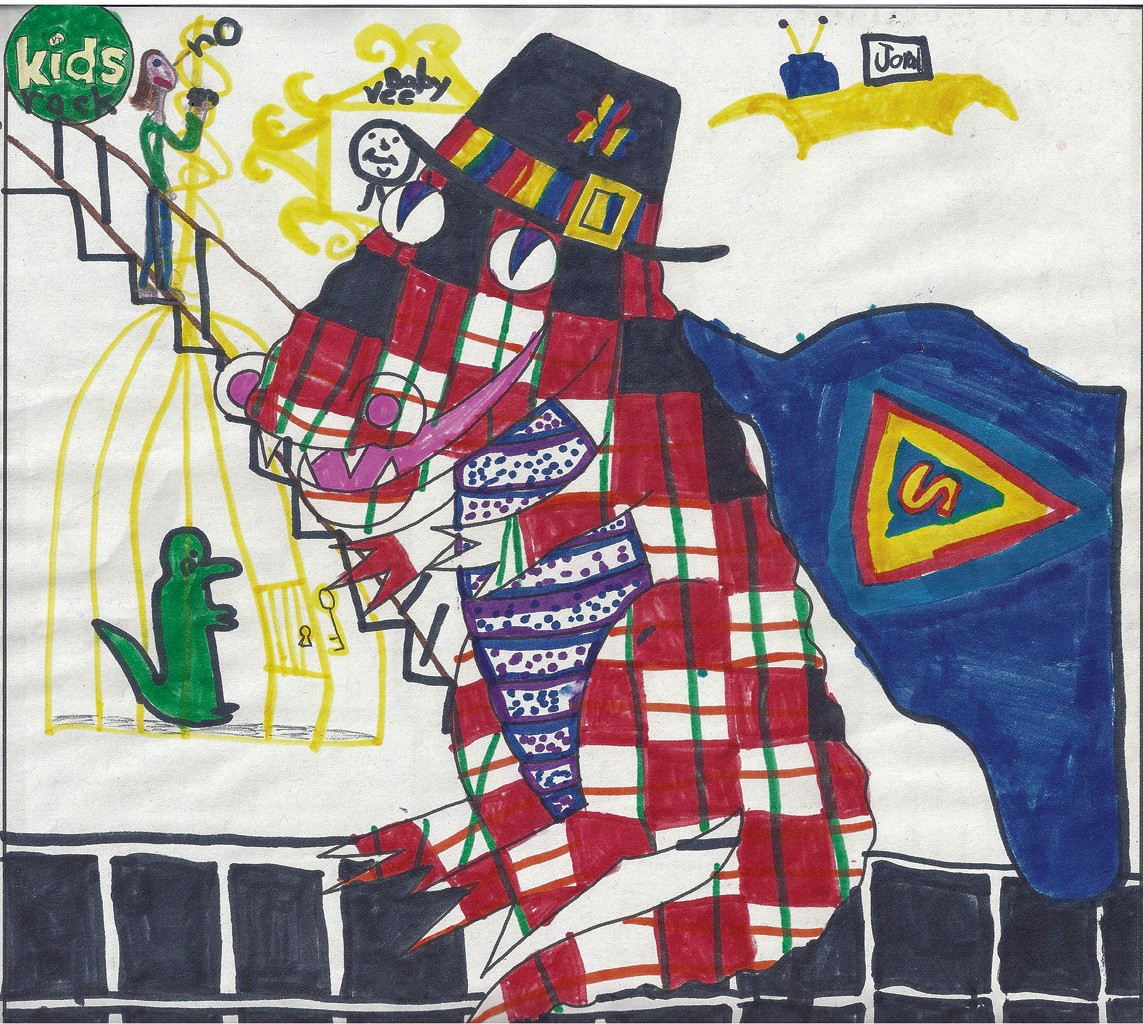 KVT: Do you have siblings?

VM: I have a sister, Stephanie.

VM: Right now she is sitting on the couch next to me, being bored. 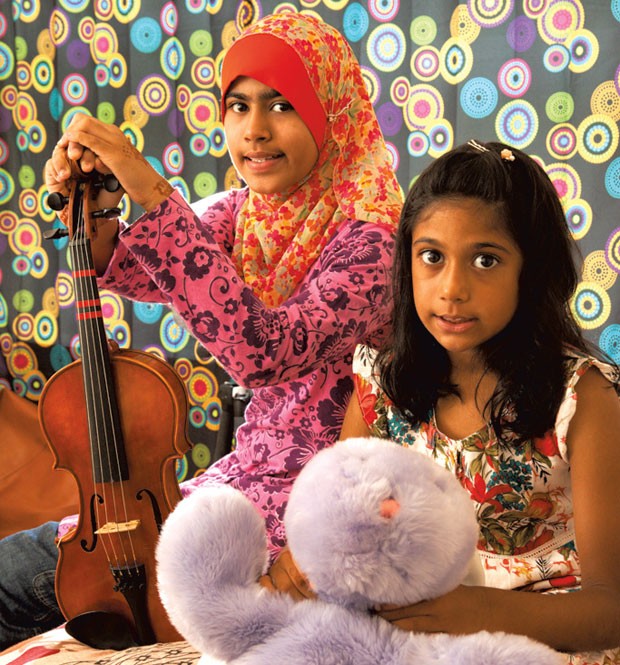 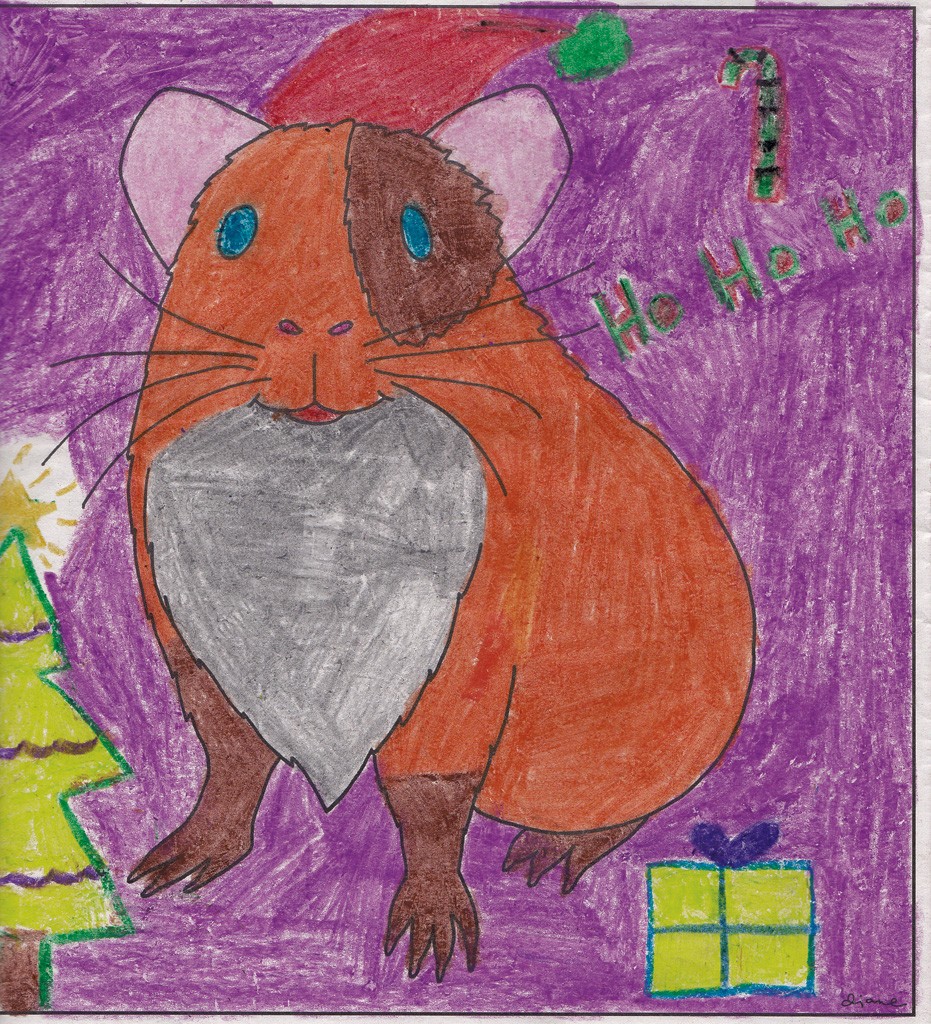 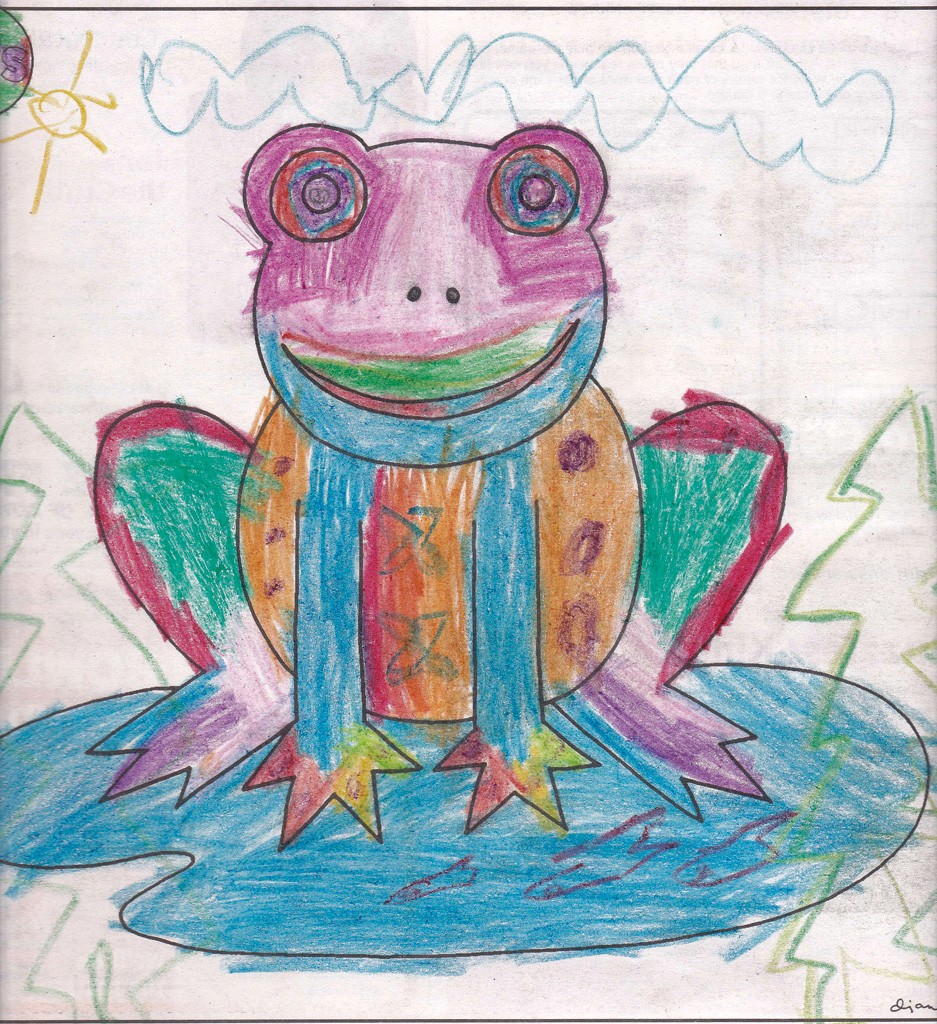 Kids VT: How do you decide what to put in your drawings?

FIRDAUS MUHAMMAD: Well, we kind of try to think out of the box. My sister, Zahrah, will do whatever she wants, but I'll kind of think about it for a while.

FM: An author. I want to write books and scary stories.

KVT: Who's a better colorer, you or your sister?

FM: I think me, but she thinks she's better. 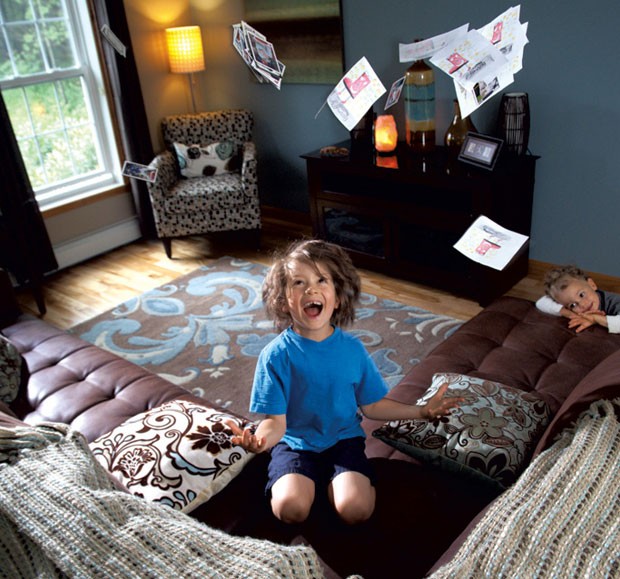 Zeb has entered the coloring contest about 10 times. His brother, Oliver, 4, is also a frequent participant. 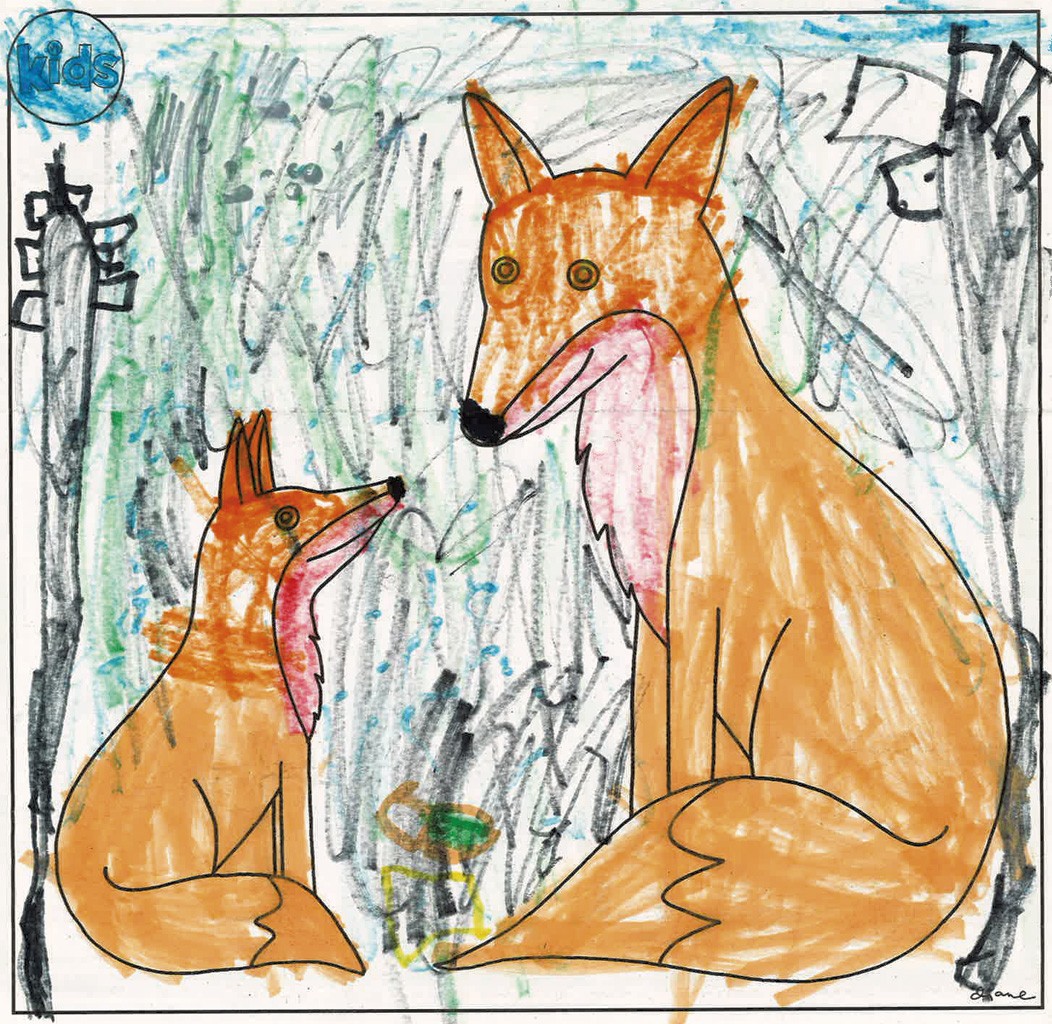 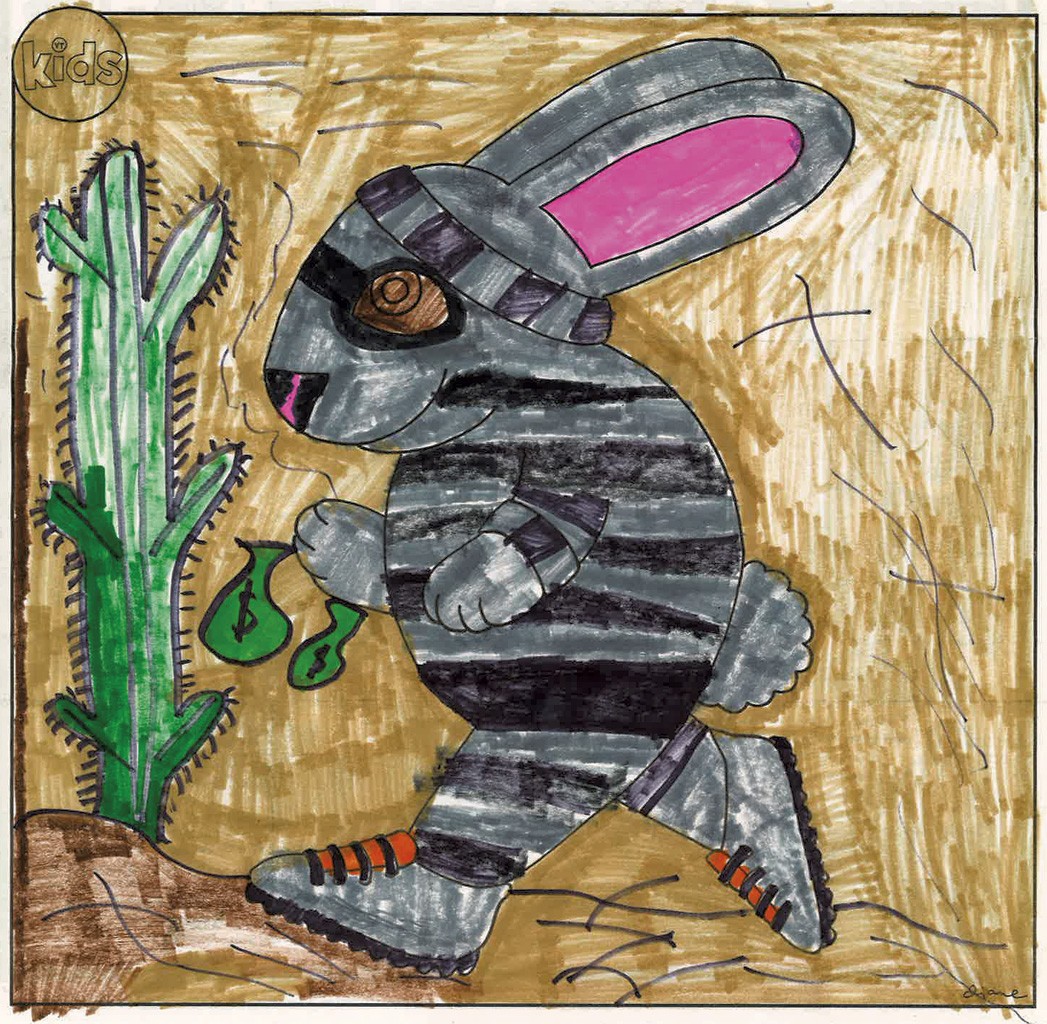 KIDS VT: How do you decide what to put in your drawings?

ZEB WILCOX: I look at the animal and think about the surroundings.

KVT: Really? What do you draw on the construction site?

ZW: I draw what I know of construction vehicles: backhoes, excavators, dump trucks, rollers, mini-loaders, forklifts, bladers — too many to name.

KVT: Wow! How do you know all those vehicles?

ZW: Because my dad is a civil engineer, and he has told me.

ZW: I like cooking and woodworking. And making books.

KVT: What kind of farmer?

ZW: An animal and vegetable farmer. 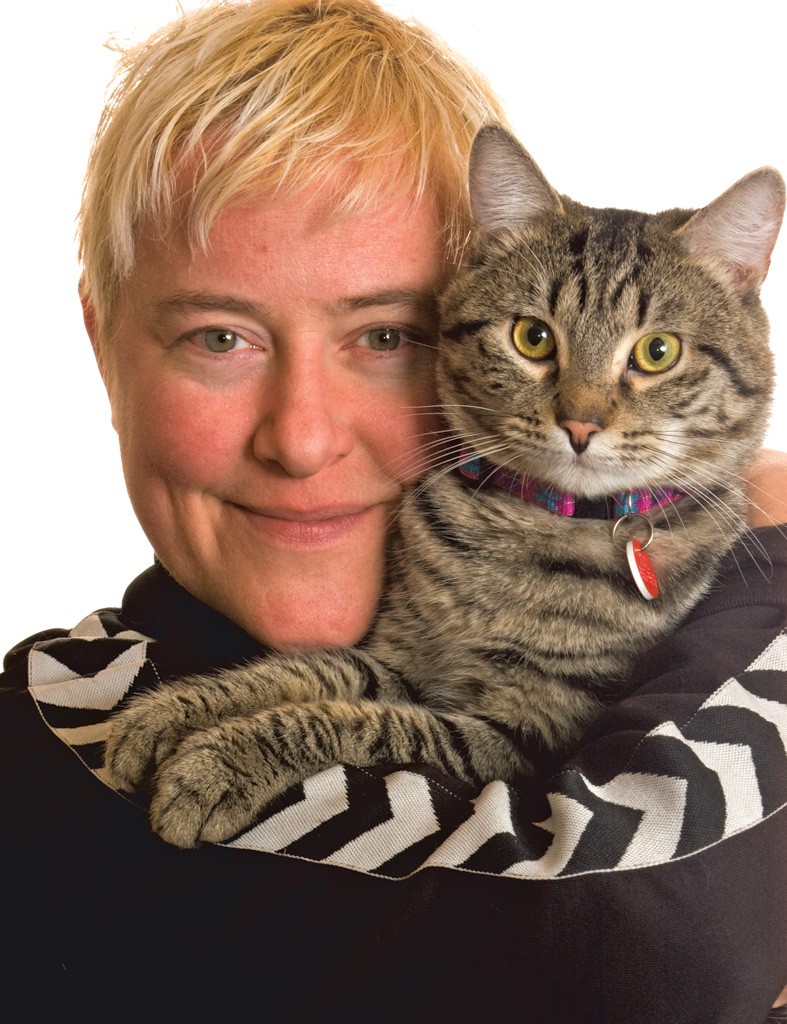 Since 2012, Burlington artist Diane Sullivan has hand-drawn the coloring contest for Kids VT. She says the monthly assignment is one of her favorite parts of her job as graphic designer for Kids VT and its parent publication, Seven Days newspaper.

A passionate vegetarian and animal-lover, Sullivan always depicts animals. She's drawn cats, dogs and bunnies, but she loves to feature more unusual creatures, sometimes with seasonal flare. One St. Patrick's Day, she drew an alligator wearing a leprechaun hat. Her choice for Fathers' Day 2013? A pair of seahorses. The males, she points out, give birth to their babies.

Her drawing style is intentionally simple, leaving plenty of blank space on the page for the kids to fill, and fill it they do. We asked her to tell us what goes into her drawings.

KIDS VT: Tell me about your creative process.

DIANE SULLIVAN: My process is that I wait 'til the last minute. I usually do it the night before I have to bring it in. I think about it for a long time, and then I just do it. I try to keep it sort of theme-y. For Halloween, I did an octopus with a flashlight and a little trick-or-treat bag and a mask.

It's always an animal because I love animals and because an animal can be a boy or a girl — in most cases. Except for maybe a lion. I kind of like to keep it gender neutral. So for Mothers' Day, I did pandas, because some kids have two dads, some kids have two moms. You never know.

KVT: You keep your drawings pretty bare bones. Why?

DS: Sometimes I add stuff [such as ice skates on a cat or running gear on a bunny]. But the more I've seen the stuff the kids put in, the less I like to put into the drawings, because I like seeing what they put in the empty spaces. That's my favorite. I mean, there's nothing wrong with just coloring in the little animal, because there's lots of that, too, bless their hearts.

KVT: Did you like coloring when you were a kid?

DS: Yup. When I was born, I came out with a broken collar bone and a crayon. But I never actually really liked coloring books when I was a kid. I liked drawing, and I liked coloring, but I'd use [the books] as a jumping-off point.

KVT: Do you have a personal favorite drawing?

DS: I really do like the leopard a lot — all those spots. The last one, the guinea pig, I was like, I don't know, it could be a guinea pig, it could be a hamster. I was shooting for guinea pig. And it's funny because the way I drew him, it kind of looks like he has a beard. And the first [contest entry] that came back was a Santa Claus guinea pig, which is kind of fabulous.

KVT: What qualities do you look for when casting your votes?

DS: Well, I've always been a sucker for sparkles, but I've gotten past that. I look at them all and something usually just jumps out and grabs me. I kind of go, Would I hang that up in my house? Would I buy that at an art show?

There was this one with foxes, and [one kid drew] chickens in the background. I really thought that was cute, but I also thought, Oh man, they're going to go eat those poor chickens. So I put it, like, number two.

I'm just glad we have a lot of honorable mentions.

KVT: How does it feel to see all the entries come back?

KVT: Any idea what you're going to draw next?

DS: Nope! It'll be something summery. I've been thinking about skunks. Skunk at the beach?

Overheard in the Judges' Chambers

When it's time to judge the Kids VT Coloring Contest each month, we spread the entries out in our conference room and invite our colleagues at Seven Days to help pick the winners. Everyone pitches in — writers, editors, designers, office support and sales teams. Some judges prefer intricate designs; some go for clever titles; others look for background details or bold color choices. All of us feel privileged to play a role in this process. It's satisfying to reward kids for a job well done.

And it's fun. We "ooh" and "ahh" over their creativity. Often we agonize. Overheard during this month's judging:

"This one has a certain rough charm," said Seven Days staff writer Ethan de Seife about a sensationally scribbled entry by 5-year-old Torin Etheridge of Randolph.

"This one has a kind of 'True Detective' feel," observed Kids VT account executive Kaitlin Montgomery. She was talking about Moretown 9-year-old Dominic Mazzilli's "Forest Spirit," an all-pencil drawing of a beautiful, old tree growing within the hamster's body.

"Some nice texture on that one," noted de Seife of Abrie Howe's "Bubble Days." The 9-year-old from Stowe used pink and blue crayons to draw an intricate, maze-like pattern on her hamster.

"Anyone who puts cupcakes in their drawing wins me over," enthused Seven Days e-commerce coordinator Ashley Cleare about Amira Mohamed Oussaid's "Sweet Treats." The 8-year-old from Winooski added a cherry-topped, blue-frosted cupcake to her entry.

Cleare was impressed with the note Maria Hurne, an 8-year-old from Essex Junction, included with her entry. In it, she told Kids VT how hard she'd worked. "As someone who went to business school," said Cleare, "I feel like she deserves some credit for taking the initiative to write a letter. It's her way of getting her foot in the door."