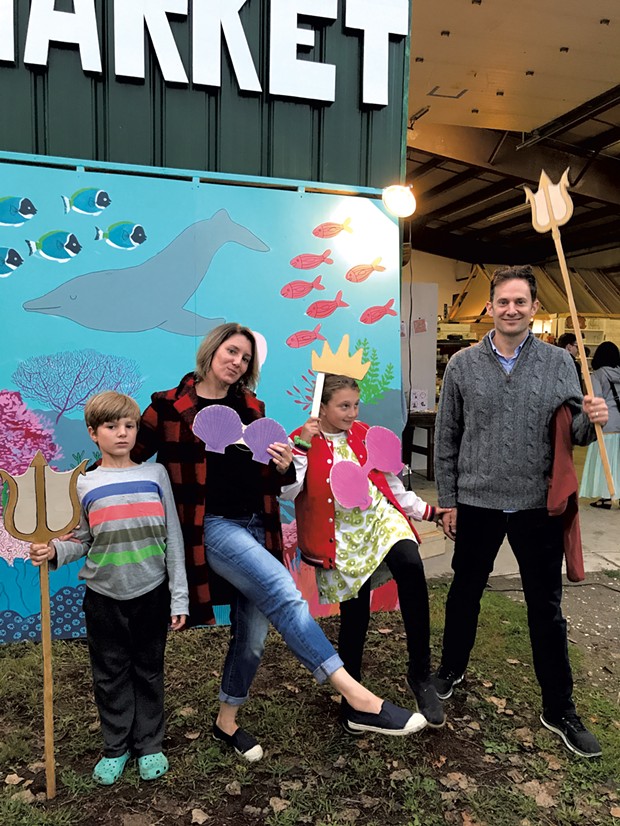 When I was a kid, TV and movies played a formative role. I remember waking up early on Saturday mornings to binge on Snorks and Muppet Babies. Once a week, my parents let me stay up late to watch Family Ties, which taught me about weighty issues, from politics to addiction. I have vivid memories of discussing the logistics of time travel after seeing Back to the Future — my first movie in a theater. As a teenager, Jack Nicholson and his "You can't handle the truth!" monologue from A Few Good Men blew my mind.

Of course, this was before Netflix and iPads came on the scene, before "screen time" was a loaded term, synonymous with wasted hours that could be better spent engaged in low-tech pursuits.

I don't think my mom or dad ever felt like they were being delinquent by letting me spend time in front of a screen. But, for today's parents, feelings of guilt often come with letting our kids zone out in front of electronic devices. Maybe it's the ubiquity of screens that makes them so problematic. In the '80s, consumption of television and movies was compartmentalized into certain times of the day. Other times — meals, car trips, family outings — were sacred.

Today, nothing seems sacred when it comes to digital entertainment. Case in point: Last month, during a trip to a water park, I saw a young teen pecking away at her tablet — encased in a waterproof bag slung around her neck — in the wave pool.

In this month's issue, Brett Stanciu spotlights Rose Friedman and Justin Lander, a homesteading couple creating unplugged shows for families that harken back to yesteryear — think handmade puppets, gramophones and pie raffles — in "Home-Grown Entertainment." The creators of Modern Times Theater and parents of two young children are performing a series of storefront puppet shows on the main drag of Hardwick this month.

If you're tired of your kids watching unboxing videos on YouTube, turn to "Oldies but Goodies," a roundup of quality movies for kids and teens made way before the Internet age.

If music is your favorite kind of entertainment, check out Ken Picard's interview with the University of Vermont's Dr. Jim Hudziak, who's studied the effects playing an instrument has on a child's brain. Or flip to Mary Ann Lickteig's piece about a young DJ who mixes music for a cause.

Another place to turn for analog entertainment is our monthly events calendar. You'll find dozens of fun happenings — from egg hunts to maple open houses — that will help your family put down the screens and experience all our sweet state has to offer.