Natural Connections: Readers Share Sweet Snapshots and Stories of Their Kids and Pets

My son Mason is 6. His best friend in the entire world is our 2-year-old basset hound, Red. They are truly inseparable and love each other beyond belief! From playing outside, sleeping, bathing and even eating, where one is the other is not far behind. Red has to have birthday parties, be incorporated in holidays and even go trick-or-treating. I'm not sure which one of them loves the other more.

All of my kids have an amazing bond with our two English mastiffs, Remi and Deja. They are true gentle giants. They love to cuddle and are very friendly, but I know they wouldn't hesitate to protect the kids if they needed to. Even though they each weigh three times as much as my daughter, Ellie, she is able to walk them both at the same time with no problem. 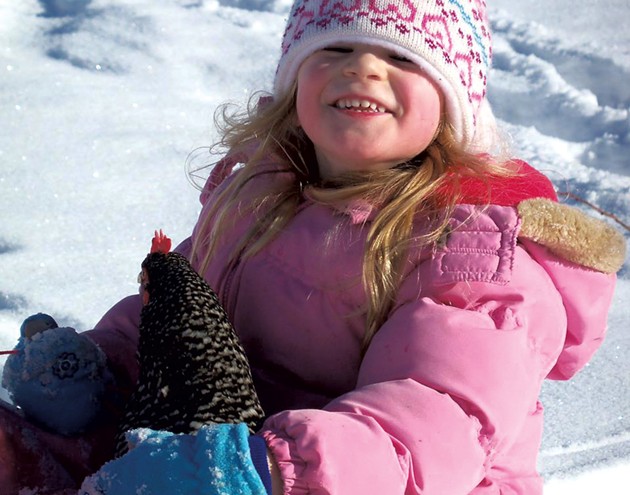 We have owned chickens for six years now, never having more than 15 at a time, and our girls love them. Have you ever gone sledding with a chicken? They have.

Rosie has been dubbed the chicken whisperer.  Ever since we got the chickens as baby chicks, Rosie has made sure to spend some time every day with them, and they seem to have taken to her as their mama figure.  She has been the one to go in and show the chickens how to make their way into the upper roost of their coop and is the one the chickens turn and run to rather than away from.

My daughter, Mykenzie, adopted Blueberry November Rey, a guinea pig, this winter, taking it upon herself to be 100 percent responsible for her care and attention. Blueberry is the little sister Myk never had. Myk spends her allowance on all of Blueberry's needs, and spends her time with Blueberry as much as possible. The cutest is watching Blueberry follow Myk around when outside, just like a dog might.

My son Kaleb and his Xoloitzcuintli, Ruger, became friends in February of this year. Ruger sleeps with Kaleb every night and purrs in the funniest way when he is scared. However, if Kaleb speaks to him and walks over to him he will calm right down.

Coralyn has loved animals every since she was a baby. The bond between her and her dog is so special. Marley is so patient with her and lets her do anything she wants to her. You can often find Marley wearing some of Coralyn's dress-up clothes like headbands and beaded necklaces. 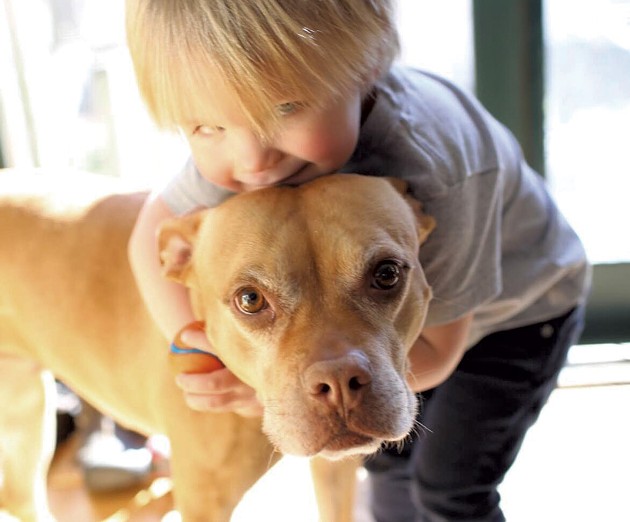 Our pitbull, Ginger, has been a sweetheart since the day we adopted her — she's even certified with Therapy Dogs of Vermont! But the depth of her kind and gentle nature has really shown itself since our son, Arlo, joined the family. At two and a half years old now, Arlo can sometimes get a little rowdy, but he's always gentle with Ginger, and she always seems to enjoy the attention from him the most.

When people ask our 4-year-old grandson, Andre, if he has a pet, he tells them his dog lives with his grandparents. Andre was allergic to dogs when he was smaller, an allergy he seemed to magically outgrow when Phantom joined our family. Phantom, now nine months old, is a gentle and protective pup with Andre and his older sister, Annika, 10. They love giving him treats to get him to do tricks. (High five is a favorite.) It's a great mutual admiration society. I'm the kid's school chauffeur, and if they miss a weekday drop-off at our house, the result is a very glum puppy.

Colton and Logan are best friends with their "big sister" and pet, Daisy. Daisy is a redbone coon hound and golden retriever mix and is a gentle protector of her human siblings at our home. As Daisy has gotten older, she is not as active as she once was, but that doesn't keep her from snuggling with and making sure her little brother and sister are kept safe!

After dog sitting for a friend for a few days, we knew our family was missing a furry family member. We found Panda through All Breeds Rescue, or rather she found us. Both of my children love her so very much, but she and my son, Luca, are truly the best of friends. Every day since she came home with us, they have walked together to school.

Our kiddo, Sophia, is 15 and I'm assuming she's been a cat lover since before birth, because it runs so strong in her. She fosters kittens, has four unique cats that she adores, and found it to be a treat when her school dissected cats this semester. She shows cats at New England cat shows and has worked as a cat-show steward, under the tutelage of a well-regarded Egyptian mau breeder. She plans to be a veterinarian, with hopes of serving large cats in Africa. The photo shows Sophia with a kitten named Parsley that she fostered and found a home for. 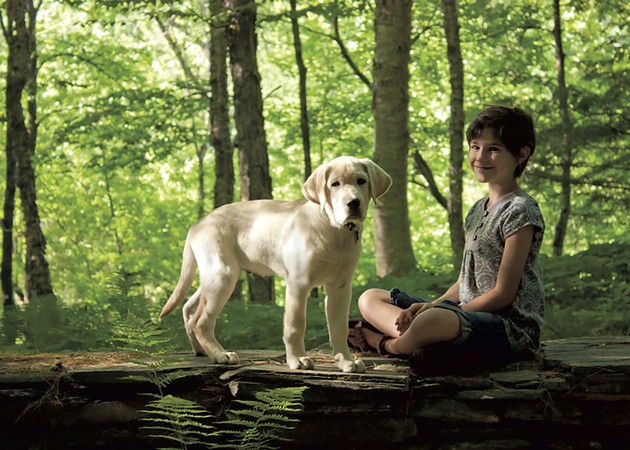 This year we are fostering a puppy for Guiding Eyes for the Blind. The puppy's name is Jake, and after a year of raising, training and socializing him, we'll return him to the organization so he can get further training and be paired up with his blind or visually impaired person. Our daughter, Annabelle, is 9, and this is the first time we've ever had a dog, so we are all learning as we go. We know it will be incredibly hard to give back the puppy at the end of the year, but we thought this would be a great opportunity to teach Annabelle about volunteering, responsibility, love, giving to others and the concept that we don't truly own anything or anyone. It's been challenging having a puppy — lots of biting and peeing inside and the need to take constant walks, but it's been great watching Annabelle rise to the challenge. Being an only child means she usually has all our attention. Now she needs to share the attention and be a responsible "sibling" and take care of someone else.