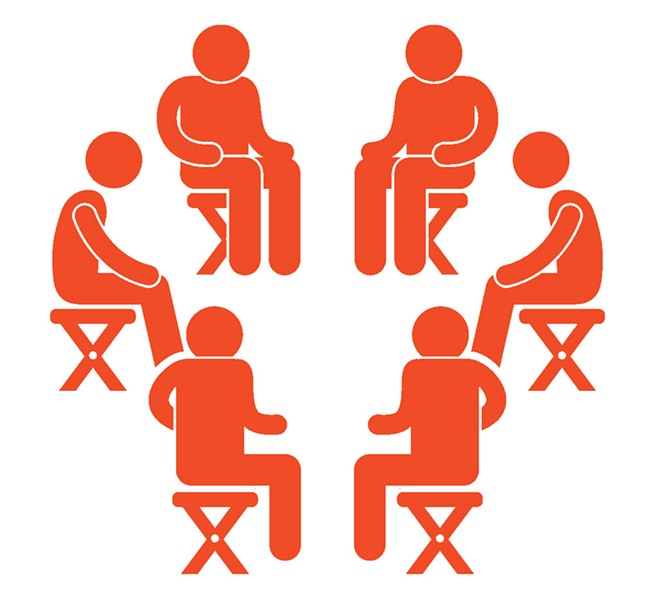 After his daughter was born 14 months ago, Keegan Albaugh of Burlington says he found himself feeling "kind of jealous" of the opportunities his wife, Stephanie, had to connect with other mothers. While new moms can commiserate in postnatal yoga, breastfeeding meetings and support groups like VerMamas at Evolution Prenatal & Family Yoga Center, there's no similar local forum for dads to talk amongst themselves. That became the inspiration for Modern Pop, a conversation-based support group for fathers that Albaugh will run in the Evolution space starting in September. The monthly group will give new dads the opportunity to talk candidly about raising kids, dealing with stress, finding work-life balance and more. Albaugh said his work as an educator at alternative school Centerpoint, where he runs community circles for teenagers, makes him well suited to the role of facilitator. Becoming a parent is a "life-changing experience," he said, and he hopes that Modern Pop will be a way to help new dads feel less isolated.

Modern Pop starts on Tuesday, September 19, from 6-8 p.m., and meets once a month for nine consecutive months. To learn more and sign up, visit evolutionprenatalandfamily.com/modernpop.