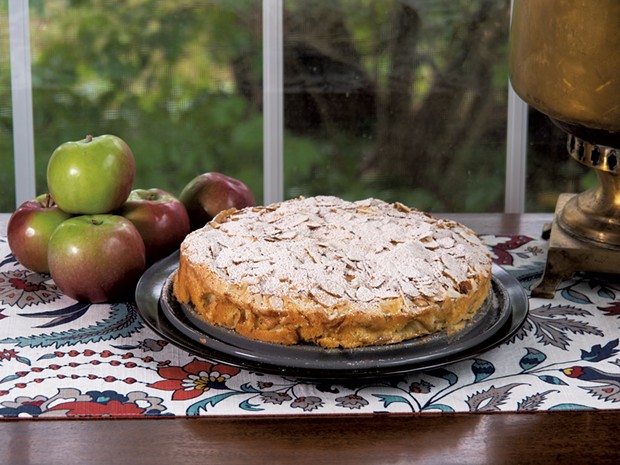 Fall in Vermont means many things — leaves changing colors, chilly mornings that are harbingers of colder days to come and, of course, apples.

There are so many things you can do with apples, besides just eating them plain. You can make pies, tarts, sauce, butter and many variations of cake.

This particular version of apple cake comes to us from Russia. Known as sharlotka, it seems to have gone through many iterations on the way to the most common modern recipe. According to my internet research, the original version of this cake was created in the 19th century by a French chef working for Tzar Alexander I. It was likely the predecessor of the modern dish known as Charlotte Russe — a layered concoction of ladyfingers, fruit and Bavarian cream. The current dish was likely simplified during the Soviet era — to include ingredients that even the poorest of households would have on hand — and became an easy sponge cake with apples. It almost resembles a cobbler, but it contains no butter. I added sliced almonds on top for a crunchy element that my family enjoyed.

I got my apples locally, at Hackett's Orchard in South Hero. The awesome folks who run the orchard recommended early Macintosh apples, but you could use Granny Smiths (not easily found locally, as they don't grow well in our climate) or your favorite tart, slightly firm apple.