My journey to motherhood took longer than expected 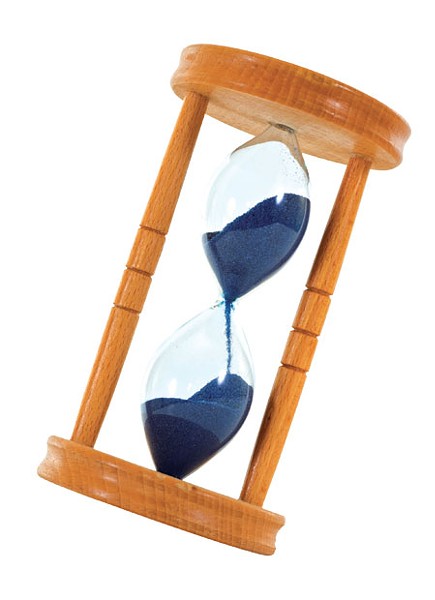 When I was in my early twenties, I thought I would be a mother by age 30. I would have two or three children, maybe even four. Back then, having a few kids seemed perfectly reasonable and entirely possible. My parents had seven children, and I always assumed motherhood was in my future.

Giving birth for the first time at 40 was definitely not part of the plan.

I married my husband, Dave, when I was 33. He was a kind, creative 28-year-old, just out of art school. We knew we wanted a family but kept finding reasons to postpone parenthood. We didn't have enough money in the bank. Our one-bedroom condo in Boston was too small for a child. Putting our family plans on hold seemed like a wise decision.

"Just don't wait until you're 40," a gynecologist warned me during a routine exam when I was in my mid-thirties. I remember saying, "Oh, I definitely won't wait that long."

When I was 38, we lost a child when I was five months pregnant. Suddenly, my journey to parenthood became far more complicated than I had ever imagined.

Ready to shoulder the blame, I asked my obstetrician, "Did this happen because I'm old?" She assured me it had not, that many women my age give birth to healthy babies. The doctors couldn't pinpoint any particular reason why our baby had failed to thrive. They encouraged us to try again.

I was frightened — the thought of losing another baby was almost too much to bear. At the same time, I wanted a child more than anything. So we tried again to conceive.

For months, nothing happened. My lifelong assumption that I would become a mom began to look foolish. I was angry with myself for waiting so long.

The doctors said the difficulty in getting pregnant again was most likely related to age and stress, but they didn't know for sure. We turned to fertility treatments and acupuncture as our last hope. During that time, my life revolved around doctor's visits, ultrasounds and blood tests. The acupuncture helped me relax and gave my body the boost I guess it desperately needed.

Eventually, we did conceive, and my pregnancy with my daughter was relatively trouble-free. But I was scared. Scared of losing her. Scared of having her. Scared, too, of being an older mom.

Phoebe was born at Fletcher Allen in July 2011, seven months after my 40th birthday. Her name is Greek for "bright" and "radiant," and we chose it because it contains the word "be."

"This child will be," Dave and I had reassured each other when I was pregnant. All that mattered was that she be part of this world.

Though my age was a constant concern up until Phoebe's birth, now that she's here, being an older mom doesn't define me the way I thought it would. I don't spend my days feeling like an anomaly or questioning whether age has limited my ability to be a good parent. Sure, I probably tire more easily and look more haggard than I would have 10 years ago. And, yes, age and time trigger my deepest fears. What if I'm not around long enough to see Phoebe get married? What if I don't live to meet my grandchildren? If I had become a mother earlier in life, perhaps I wouldn't have these worries.

But Phoebe makes me feel young in so many ways. She fills my heart with the deepest love I have ever known. And I suspect that becoming a mom at 40 is, in some ways, no different than becoming a mom at 25 or 35. Even with maturity, experience and patience I didn't possess a decade ago, I still have days when it seems as if everyone has parenthood figured out but me. My guess it that, at any age, motherhood is joyful, challenging and, at times, heartbreaking.

Because of my age and fertility challenges, there is no question that Phoebe will be an only child. I feel a dash of envy and sadness when I hear that someone is expecting a second baby. Growing our family isn't an option for us, and Phoebe will eventually ask about having a little brother or sister. It's a question that's painful to consider, and I honestly don't know yet how I'll answer her.

What gets me through those difficult and fearful moments is my commitment to fill Phoebe's life with love, support and encouragement, and to do the best I can as her mom. When I hear her say "Mama," or when her tiny arms reach out to hug me, all that really matters is having Phoebe, right here, right now.

I also think of my own parents. My mother was 38 and my father was 40 when I was born, and they're still going strong in their early 80s. I hope I'm as lucky.

Use Your Words maternity pregnancy