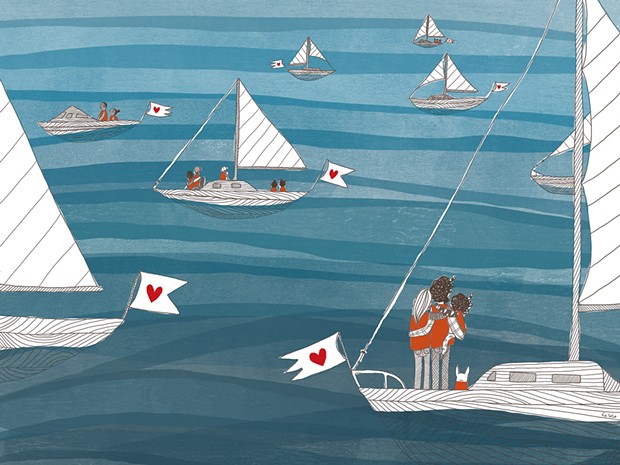 In January of 1994, Kim Kropf and Tracey Shamberger founded Kids VT, Vermont's free monthly parenting magazine. Susan Holson took over for Shamberger in 2007. In 2010, Kropf and Holson decided to sell this publication, which they called their "baby."

Ten years ago this summer, a broker approached the ownership team of Seven Days to ask if we'd like to buy it. Seven Days was also founded by two women, Pamela Polston and Paula Routly. In 2010, they added three co-owners —me and my colleagues Don Eggert and Colby Roberts.

The five of us considered the opportunity carefully. Kids VT was a trusted local source for family-friendly activities and information. It had a robust events calendar and a distribution network in childcare centers and schools. Its Camp & School Fair on the first Saturday in February was already an annual tradition.

We decided it was worth the investment; we finalized the deal in December of that year and introduced our first redesigned issue in February of 2011.

What a wild ride it's been! In our first year, Kids VT won several awards at the national Parenting Media Association conference, including the first of many prizes for best overall writing. We launched the coloring contest, an instant hit with the 12-and-under demographic. And we filled our pages with advice and recommendations from local parents, who generously shared their wisdom.

Kids VT has evolved since then, adding the Spectacular Spectacular talent show for Vermont's rising stars; a civics initiative, the Good Citizen Challenge; and creative columns by a new crop of parents. Managing editor Alison Novak has been at the helm for five years and has steadily improved the design and content of each monthly issue.

Like you, we were blindsided by the coronavirus pandemic. The shutdown disrupted many of our advertisers, nearly all of the events in the calendar were canceled, and many pickup spots closed temporarily. Yet local parents still need reliable intel and creative ways to engage their kids.

We've continued publishing during this time by shrinking Kids VT slightly and folding it into Seven Days. When calendar and staff writer Brett Ann Stanciu took another job in June, Seven Days calendar writer Kristen Ravin assumed some of her responsibilities. Meanwhile, Novak, a former elementary school teacher, has been conscripted by Seven Days; she's spent the summer reporting on the unprecedented changes to K-12 education.

Fortunately, Novak has developed a strong community of local freelance contributors who are now filling the pages of Kids VT — including illustrator Elisa Järnefelt, whose maritime cover image captures the odd mix of solidarity and isolation many of us are feeling as we sail into the fall semester. I'm so grateful for this crew, and I'm encouraged by the efforts we're all making to take care of our kids and each other.

If you'd like to join us, or if there's a topic you'd like us to cover, email ideas@kidsvt.com. Kids VT has changed a lot over the past decade, but it's still a magazine written and designed by and for Vermont parents. We'd love to hear your "Ahoy!"