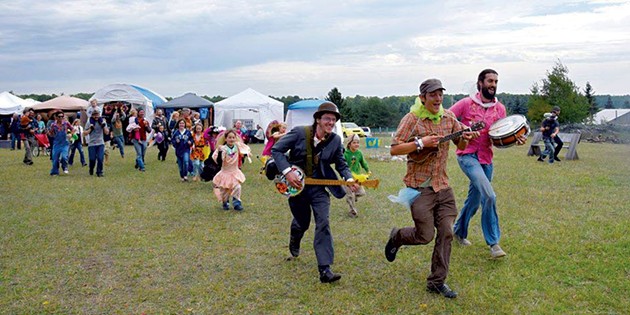 You've probably seen local musician Chris Dorman singing and strumming his guitar at Bread & Butter Farm's Burger Night. Or maybe you've taken one of his playful Music for Sprouts classes with your little ones. Soon you may be able to see Dorman someplace entirely different: the TV screen. In collaboration with Vermont PBS, Dorman is launching a Children's TV Show Kickstarter Campaign to raise $27,500 to film a pilot episode of an original television program. Dorman will star in the 30-minute show as farm-dwelling Mister Chris, leading viewers on an interactive musical journey that introduces the plants, animals and people who occupy the landscape. A score by Vermont musicians and special musical guests will add to the local flavor. Backers of the Kickstarter campaign will receive different rewards including live concerts, a signed DVD of the pilot episode and Dorman's new children's album, which drops in November.