Just How Dangerous Are Button Batteries and Toy Magnets? 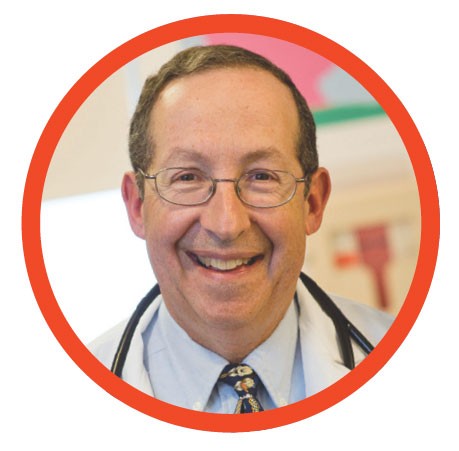 Toys with lights and electronic sounds are tantalizing to young children — but so, too, are their small, disc-shaped lithium batteries. You'll find these "button batteries" everywhere: in cameras, hearing aids, bathroom scales, fitness watches, calculators and flashlights. But don't leave them lying around, says Dr. Lewis First, head of Pediatrics at the University of Vermont Children's Hospital; when swallowed, they can be fatal.

KIDS VT: Are button battery-related child poisonings on the rise?

LEWIS FIRST: Yes. Nationally, there's been a significant increase over the last 15 years. Every three hours, a child in the U.S. swallows one. Last year there were about 3,500 calls to Poison Control Centers, and at least 2,800 visits to emergency departments, all because of button batteries. In the past decade, the number of injuries and deaths has increased ninefold. Fifteen children have died in the last 10 years, 11 of them within the last six.

KVT: Why are button batteries so dangerous?

LF: These shiny, candy-like objects are very appealing to children under age 5, in particular to toddlers and infants, who want to put them in their mouths. The larger batteries can get caught in the esophagus, where they can cause choking and difficulty breathing. Other times they just lodge there. Then, saliva mixes with the battery casing and conducts an electric current, which can burn the esophagus within one to two hours. That can cause a perforation or even death. If there's sufficient acid coming up from the stomach, or if the battery stays in the stomach for eight to 24 hours, the casing can break down, releasing sodium hydroxide, which is incredibly caustic.

KVT: What symptoms should parents look for?

LF: If your child is having difficulty breathing or is drooling, vomiting or listless and has been around a device that has a button battery, call 911. If the child is asymptomatic but a parent or guardian suspects that he or she swallowed one, they should see a doctor right away. These batteries will show up on an X-ray.

KVT: What should parents do next?

LF: They should not induce vomiting. That can create other problems. They should not let the child eat or drink anything unless the emergency department says it's OK. I can't stress enough how serious the injury is from something so small.

KVT: How can parents prevent poisonings?

KVT: Why are toy magnets so dangerous?

LF: One swallowed magnet will do no harm. Two magnets, or a magnet and a button battery, are a dangerous combo. They can pinch intestine walls. If one magnet is in one part of the digestive system and the other is further down, they'll attract each other and drive through the walls of the intestine or obstruct it, leading to infection, vomiting, fever or perforation, which is an abdominal catastrophe. These can be found in desk objects not made for kids, such as Buckyballs — tiny magnetic ball bearings that look like silver candy. They've caused some major child catastrophes. Even costume jewelry, such as fake nose and tongue piercings, have magnets that can be swallowed. These should all be kept away from young children.