How Should Parents React to Play Fighting? 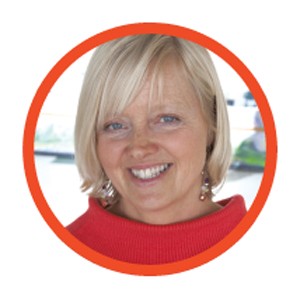 Kids love to play games that mimic shooting, fighting and killing, and that makes many parents very nervous. But Dr. Mary Ann Donnelly-DeBay, a clinical and school psychologist with the Winooski School District, says play fighting can actually be healthy for kids. This month, she explores what the current research tells us about how seemingly violent games affect child development — and how play fighting in real life is different from doing it on-screen.

KIDS VT: Is play fighting a good thing for children?

MARY ANN DONNELLY-DEBAY: Yes. Play is how kids learn. Play fighting — defined as verbally, physically cooperative play among at least two children — is a social learning experience. It helps kids practice controlled and cooperative behavior. It may be rough-and-tumble, but it's imaginative and meets a lot of their developmental needs.

MADD: It builds emotional confidence and conflict-resolution and anger-management skills. It teaches kids how to stand up for themselves, how to speak up when they don't like something, how to take social risks and recover from rejection, and how to express their emotions appropriately.

MADD: There's a big difference between playing these games in real life and playing gory video games. The research is clear on video violence: It desensitizes kids to violence and has a detrimental effect. But that's different from playing guns, army, cops-and-robbers or shoot-the-monsters, which involves being physically active and running around.

KVT: So there's no suspected link between play fighting and violent behavior later in life?

MADD: It's still a bit controversial, but the growing evidence points more toward play fighting being healthy. Preventing it forces children into being ashamed of their natural urge to play fight. The zero-tolerance policies we're seeing toward gun-related play are just resulting in kids going "Bang! Bang!" with their fingers or chewing their toast into the shape of a gun, or grabbing a tree branch and pretending it's a gun. And there's an obvious gender preference. Boys are more likely than girls to play with pretend weapons. Some parents get uncomfortable and think, "Am I creating a violent boy? Am I reinforcing a gender stereotype?"

KVT: If parents are apprehensive about pretend guns, what's an appropriate response?

MADD: Kids can see into the hearts of their parents, so if the parents are really anti-gun, they should talk to their kids about that. A lot of times, parents feel more comfortable with that kind of play if it doesn't involve a toy that looks like a real weapon; say, it's bright purple with pink fuzzy balls popping out of it. Or if it's something like a light saber, which we don't see out there in the real world.

KVT: What are red flags parents should watch for?

MADD: If there's any intent to harm, that's a major red flag. Now, accidents happen when kids run around. But that's different from a child who intentionally harms another child or hurts an animal or behaves aggressively in other types of play. The warning signs should be obvious: isolation, rejection, cruelty to animals, bullying. If parents are seeing aggressive behavior across settings, then definitely seek help. But if it's cooperative play, even though it looks like a crazy light saber sword fight, it's OK. Playing pirates doesn't turn you into a pirate.