How Should Parents Address Kids' Requests for Piercings or Tattoos? 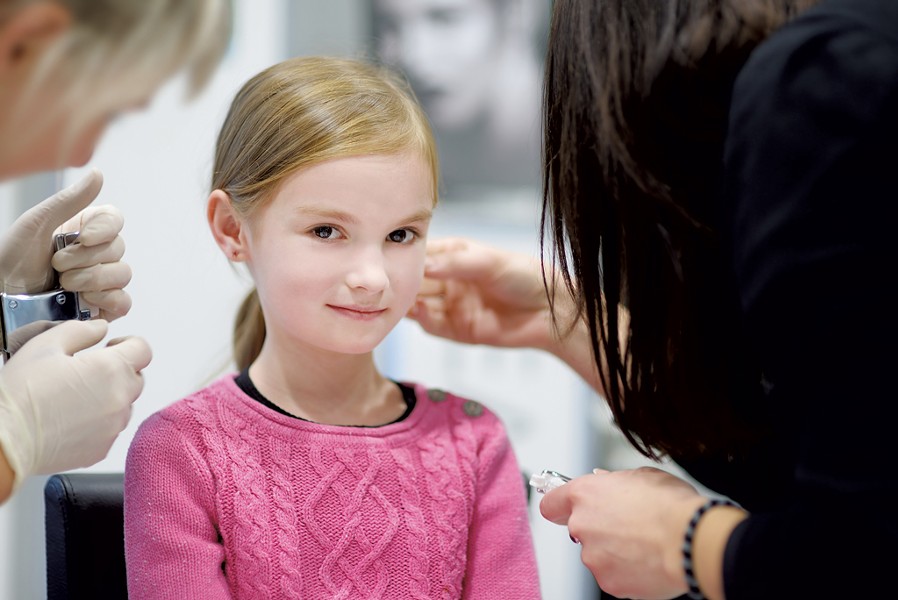 Once considered a red flag for high-risk behaviors among teens, body art no longer carries the stigma it once did.

By the time they are 21, nearly four in 10 people will have a piercing somewhere besides their ears. And nearly one in five college students has a tattoo, according to data shared in a 2017 report on tattooing and piercing published in Pediatrics, the journal of the American Academy of Pediatrics.

Dr. Lewis First, chief of pediatrics at the University of Vermont Children's Hospital, offers parents some measured advice on what to do if their kids want to get a piercing or a tattoo.

LEWIS FIRST: I prefer to see parents wait until a child is old enough to ask for pierced ears and mature enough to care for them themselves. That said, if parents still want to do it for their infants, I would recommend not having the ears pierced until the child is at least 6 months old, when the immune system is fairly well developed. This reduces the risk of infection, which is the most common complication from piercings. Children should also have all their immunizations current, particularly for tetanus and hepatitis.

KVT: Who should do the piercing?

LF: It should be done by professionals. If it's a piercing and tattoo salon, it should be one licensed by the state. Some pediatricians will do piercings. But whether it's done in a medical office or in the mall, parents should ensure that the person doing the piercing uses sterile, disposable gloves, that they clean the ears prior to piercing and that there's some way to minimize the pain through a numbing cream or ice in a washcloth. The most important thing is, the person doing the piercing should not use a piercing gun.

LF: Because the piercing gun isn't sterile and is difficult to clean well, there is a risk that germs can be transferred from one individual to the next person getting a piercing with this device. Instead, the person doing the piercing should be using a disposable needle and sterile piercing device that's used only once.

KVT: What kinds of earrings should be used initially?

LF: The first set of earrings or posts should be made of gold or stainless steel, which are less likely to cause allergic reactions or infections. Avoid metal alloys, especially those containing nickel.

KVT: What are the most common complications from ear piercings?

LF: Parents should watch for bleeding, inflammation and redness. If the site looks inflamed or oozes pus, parents should see a health care professional who can help remove the earring, which may be difficult to remove when the ear is inflamed, and then prescribe treatment with an antibiotic.

LF: Some studies suggest that one out of three piercings outside the soft tissue of the ear results in a complication. That could be a minor infection, but it could also be significant bleeding, cyst formation, scarring or even trauma. With regard to tongue piercings, the biggest complications we see are bleeding and swelling of the tongue, the latter of which can cause a serious airway obstruction.

KVT: Any advice for parents if their older child or teen asks for a tattoo?

LF: One of the most important things that parents can do is help their teens understand the seriousness of their decision and that they should "think before they ink." All tattoo parlors in Vermont require written consent of a minor's parent or guardian. If young people still want to go through with it, parents should work with them to find a state-regulated parlor that has sanitary conditions and will discuss care of the tattoo site before, during and after tattooing. That means using disposable gloves, new needles and unused ink that hasn't been diluted with unsterile water, which can cause infection.

LF: Parents should be mindful of teens with excessive piercings or body art, especially if it's not artistic tattooing, but scarring or cutting. That's not body art. We call that non-suicidal self-injury, which may be a sign of undiagnosed anxiety, depression or another mental health issue. If it looks like a youth has an impulse to cut, burn, scratch or scar without the intent to beautify, parents should seek advice from a health care professional right away.