How do you talk to your kids about politics? 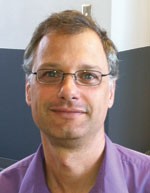 My daughter and I sat down and watched Michelle Obama's convention speech together, but that was less about politics than it was an opportunity for her to see a powerful woman give a very eloquent and poised speech.

More topics are likely to come up in the next few weeks. Last night, my son wanted to know how our government worked. I explained about representation and checks and balances. Closer to the election we'll have to discuss the electoral college — but honestly, I have trouble getting my college freshmen and sophomores to understand that!

My daughter recently wanted to know the difference between Democrats and Republicans. We have both in our family, so it's important for us to stress that political differences are not a source of fundamental differences — we don't build communities around political affiliations.

Inevitably, our biases will leak out in conversations with the kids, and that's natural, but we also try to instill a more sophisticated understanding of both parties. 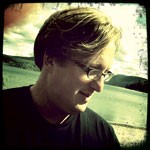 Yes, we talk politics in our home. I know, shocker. Generally, the kids ask us questions based on what they read, see or hear in the media. It happens over homework, during walks to and from school, randomly at the dinner table or when we're just hanging out at home. Since both my partner and I take a regular interest in politics, we tend to talk about these things in front of them a lot, too. We want our kids to maintain their natural curiosity and questioning attitude about life in general, and politics is no different.

If I did anything by intention, it was bringing the kids along on my job when I was covering politics. I would take them to rallies, political campaign events and the like and have them in a stroller or backpack. They'd just sit there and listen and questions would naturally come up. I didn't shield them from the issues at hand. They naturally had questions about big things, like "Why are they marching?" and "What are those signs?" so we'd talk about why the demonstrators were doing what they were doing. I didn't expect them to absorb everything, but I'd explain that the marches were all part of how people express their opinions and their constitutional freedoms.

Since our kids are younger, their interest in politics is minimal. However, my cousin, T.J. Donovan, just ran for attorney general, and the kids were able to get involved in the campaign. We went to a lot of community parades and events where the kids would wear candidate T-shirts and hand out candy — they thought that was neat, but I also wanted them to understand why we were there. I tried to explain the basics of why we were making signs and stuff, as well as the bigger picture.

At first there was a little confusion, but I think they have a basic grasp of what's happening. Had we not had a politician in the family, we still would have talked about the election at home, but we maybe wouldn't have been as proactive.

We try to instill a sense of how much one person and one vote really does matter. We read a children's book called My Mama Voted for Obama that shows someone going into a voting booth to vote for a person to be president and why that's important, and that helped.

My oldest came with me when we went to the town clerk's office to vote early — it wasn't quite the same experience as going to the polls, and standing in a voting booth, but I think he did grasp the concept. 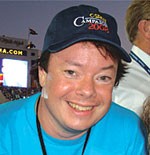 We don't go out of our way to bring it up, but our household has been steeped in politics for decades now, so it often comes up organically. My wife and I really try to take time for any questions the boys might have, especially if our answers can help put current events in perspective for them. The political conversations that come up generally involve social issues, like discrimination around race and sexual orientation.

We invite them to political events and rallies, but we don't force them to go. My oldest was a baby when the civil-unions law was passing, and I remember walking around the Statehouse, with him in a baby carrier covered in stickers. Now that they're older, we encourage them to judge the world according to the opinions they've formed themselves.

In an election year like this one, we talk about which candidates we like and why, and we try to use that as an opportunity to discuss the political spectrum from left to right. The tricky part is explaining how we feel about candidates while also giving them room to make their own decisions.