How Do I Know If My Baby Has Tongue-Tie? 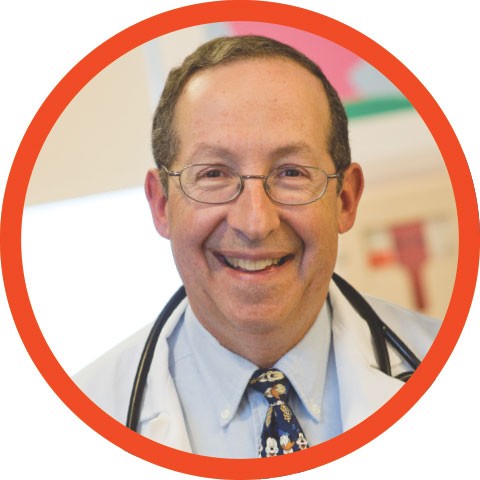 The benefits of breastfeeding through a baby's first year are well documented. Breastfed babies are at lower risk for asthma, type 2 diabetes, obesity, gastrointestinal infections and Sudden Unexpected Infant Death, according to the U.S. Centers for Disease Control and Prevention. And mothers who breastfeed lower their risk of breast and ovarian cancer, type 2 diabetes and high blood pressure.

But breastfeeding can be difficult for babies with ankyloglossia, commonly known as tongue-tie. This congenital defect, which can run in families and affects anywhere from 2 to 11 percent of infants, limits the range of motion of the baby's tongue. However, medical professionals disagree on whether corrective procedures are warranted. Dr. Lewis First, chief of pediatrics at the University of Vermont Children's Hospital, offers his advice based on the latest medical evidence.

Kids VT: What exactly is tongue-tie?

Lewis First: It's when the frenulum, that short band that attaches the base of the tongue to the floor of the mouth, is too short and/or thick and thus limits the tongue's mobility forward, which can affect the ability of a baby to breastfeed.

KVT: What are the primary concerns regarding tongue-tie?

LF: Early on, it's a combination of difficulty breastfeeding for the baby, and pain for the nursing mother. With tongue-tie, the baby cannot get the tongue forward enough to latch onto the breast properly and, in turn, cannot create the suction needed to express milk by movement of the tongue under the breast. Instead, the baby will chomp down on the nipple to push out milk, resulting in poor feeding as well as pain, discomfort and irritation for the mother. But be aware that there are many other reasons besides tongue-tie why babies may not latch well that should be checked for as well.

KVT: Is tongue-tie a new diagnosis?

LF: No. But the prevalence and recognition of it has increased, largely due to the fact that breastfeeding is now considered the ideal method of providing nutrition to babies. Decades ago, if a mother experienced discomfort in breastfeeding, it often resulted in an immediate switch to baby formula and bottle-feeding.

KVT: How is tongue-tie diagnosed?

LF: One indicator is if the tongue can't reach past the gum line or opening of the mouth. If the tongue curls into a little heart shape or forms a V, that may also be another indicator. If the baby is chewing rather than sucking on the breast, is having difficulty latching, if the mother is experiencing painful or sore nipples, and if the baby is not gaining weight, it may be time to discuss this problem with your health care professional.

KVT: How is it treated?

LF: In an easy procedure called a frenotomy, the frenulum is snipped with scissors. The frenulum has very few nerve endings and blood vessels, so it rarely bleeds or causes discomfort. Hence, many times it's done in early infancy and without anesthesia. It can be done in a doctor's office by a pediatrician, a family physician credentialed to do this procedure, or by an ear, nose and throat specialist.

LF: It may not be a problem at all if the baby is breastfeeding well and gaining weight. On the other hand, if a child has difficulty as they get older making certain speech sounds, it may be due to an inability to move their tongue forward, suggesting that tongue-tie may be becoming a problem that requires treatment. Tongue-tie may also create problems with oral hygiene because the tongue can't sweep around the mouth to clear away food particles, so they stay deposited at the gum line. With older children, later recognition of tongue-tie may require a more involved surgical correction, similar to a frenotomy, called a frenuloplasty.

KVT: Can either of these procedures create other problems down the road?

LF: We don't know that yet. One thing we do know is, many of these babies who may start with tongue-tie are able to stretch that little band and sometimes the problem disappears. But we don't have good longitudinal studies that say an unclipped tongue-tie definitely means problems for the child as they get older. We don't say, "If you don't clip it now, your baby will have speech problems up the road" because that has not yet been shown to be true. We also don't say that if a child has a speech problem, it must be due to tongue-tie since there are multiple other reasons that a speech problem can occur. Board-certified lactation consultants are superb at identifying tongue-tie and helping parents work through it. The issue is, if your baby isn't having trouble with breastfeeding, a frenotomy may be unnecessary. And if a baby is fatiguing because of a congenital muscle weakness or because of heart disease and cannot feed for as long as they normally should, you don't want to miss those problems — or misdiagnose the problem — by thinking it can all be fixed with a snip of the tongue.

KVT: What does the latest research indicate?

LF: The American Academy of Pediatrics is now studying the evidence and working on a policy outlining when frenotomies and frenuloplasty are warranted. Some infants who've had their tongues clipped did not show dramatic improvements at breastfeeding. Other parents of children who've had it done swear by it. But one size doesn't fit all, and your health care professional still needs to make sure there are no other explanations for why breastfeeding is not going well rather than simply blaming it on the tight frenulum.

KVT: Ultimately, what advice do you give parents who are considering these elective procedures?

LF: If a mother really cannot breastfeed, then a frenotomy is a very simple procedure to consider. But it still requires ongoing monitoring to make sure you're not missing other explanations for why the baby is having difficulty breastfeeding. If your baby is breastfeeding well, even with a short frenulum, I would hold off on doing the procedure and continue to monitor the baby's weight rather than simply do it to prevent later complications of a tight frenulum, since such complications often don't occur in babies who feed and grow well despite their tongue-tie. Even if the frenotomy or frenuloplasty is done later, there is research showing that speech gets better quickly, so waiting until a child is older to do the procedure is not going to hurt a child's ability to speak well. Just like any other elective surgical procedure, if it's not indicated, don't do it.