How did you prepare your child to spend the night away from home? 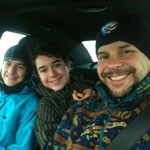 The most important thing we do is leave them with friends. And we've always told them, from when they were babies, "It's OK. Mommy and Daddy always come back."

We also tell them, "Mommy and Daddy need some time by themselves, because we love each other and we need to have some time together." This models a healthy relationship. It helps kids learn that the world doesn't revolve around them.

As far as camp goes, we go through a checklist — "Here's what you need for camp." It shows the importance of planning and involves them in the process. You can definitely do a checklist for a friend's house, too — going over the visit mentally and always staying upbeat. You've got to exude confidence that everything's going to be fine. Don't have any trepidation; don't have any hesitancy. Just say, "You're going to have a great time." 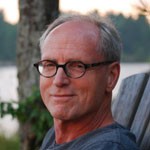 My sons' cousins live up in Ontario, and my family would go back and forth quite regularly. The kids would sleep at their grandparents' or their cousins' houses, so sleeping someplace that wasn't their own bedroom was familiar to them. I had a background as a camper, and I started at an early age; I didn't make a big deal of it when they were considering sleepaway camp. It was advantageous that the boys had each other, so going in they had an ally. Having that familiarity made it a great deal easier.

It's important to get children to become independent in a way that's nonthreatening, that's not a crisis for them. You need to make them see it as a natural thing. Sitting down and having a worried conversation and looking intently into the child's eyes is, frankly, I think, ridiculous — you're making it into a big deal. 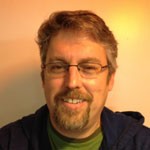 I don't know that we did much for the first night away from home. My daughters kind of drove that themselves. Their first sleepovers were with grandparents. They spent a week at my parents' house. We called it Camp Nana.

When we were sending the kids away for summer camp, we made sure they had writing materials and letters. You want them to know, "Here's a whole stack of cards that you can write." They knew they were going to get mail from us.

You need to be up front with them about what the communication is going to be like. My girls are used to hearing from us every night, but at camp you can't do that. You need to prep them for that. As it turns out, half the time they're not even interested in talking with us when they're at camp. It's more the thought that they can't that is different for them. 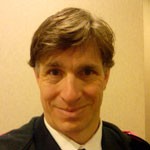 I think I was fortunate in that my daughters were all pretty social and pretty confident, and they wanted to spend the night at friends' houses or their grandparents' houses. We may have gotten a call early on — "Will you come get me?" — but I don't remember that being an issue. I remember my middle daughter, who was going to spend the night at her grandmother's, telling us to get out of there. She was polite about it.

So as camp came into the picture for my oldest and youngest daughters, they felt comfortable spending a week away from home. Once they spent a week away, it was easier to step into spending a month away. It was a gradual progression. My youngest daughter, who's 13, was recently accepted into the Camp Dudley at Kiniya program to spend a month in Germany this summer, and she is remarkably excited about that opportunity.