How did you prepare your child for a new sibling? 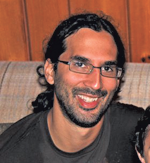 Our son Harper wanted a sibling for a very long time — I think he started asking for one when he was around 4. He was 10 when our daughter Lena was born, and he was really excited when we told him we were expecting her. That made it easier.

He was pretty prepared for her arrival. Because we hadn't had a baby in a long time, there was a lot of stuff we needed, and we included him in purchasing it. He offered to babysit — even said he would change diapers.

He drew the line at dirty ones, though. He'll change them now, but only if we are out, and even then, he charges us. He has a standard rate: five bucks.

Harper saw Lena right after she was born. He told us it was the happiest day of his life. He's always wanted to be as responsible for her as he can be. It sounds almost sickeningly sweet, I know, but he really enjoys her as a person. 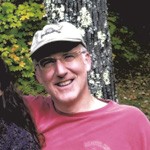 When my wife, Sarah, and I were expecting our second child, we were acutely aware of the energy that would be drawn toward this new baby, and what that would be like for our first daughter, Hailey. We wanted Hailey to know it wasn't just Mom and Dad caring for the new baby; we were doing it as a family.

So when Sarah felt a kick, she would say, "Oh, Hailey, come feel this!"

We showed Hailey where the baby's clothes, diapers and wipes were, so she could help. Together, we bought a rattle, so she would have her own gift for the new baby.

And I made sure to spend extra time with Hailey. We would read together, take trips to the grocery store together. We'd go on bike rides. I wanted her to know that our routine wasn't going to change.

After Lindsay was born, we did other activities together, too — like cooking dinner while my wife took care of the baby. 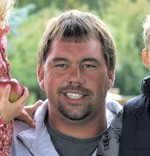 Addison was very excited when she found out we were going to be having a new baby in the house, and she took it very well. We already had some baby supplies, but because Chase was a boy, we needed new things, too. Addison was very involved in picking them out.

When he kicked, we invited her to touch my wife's belly and "listen" to the baby.

And the biggest thing we did — the most successful thing — was purchase a baby doll and let Addison have the chance to be mother to it for a while before Chase was born.

So, when he did finally arrive, she wanted to be the mommy. There was no sibling jealousy. It was a really good transition.

There was one funny thing, though: Addison suddenly wanted a pacifier. She had never used one, but Chase did. Whenever she'd ask for it, we'd give her one. She'd use it for maybe a few minutes, then forget all about it.

My wife, Susan, and I have always talked to our kids in a grown-up way, so Willy and Charlotte knew what to expect when baby Julia was on the way. We had a spare room, and that became Julia's room. We already had tons of baby stuff — we never get rid of anything. We had an old crib downstairs that had to be brought up. We got them on board with helping us get it out and assembled. We spent some time making her arrival real for them by talking to them about the baby, and about favorite toys we had that she would use.

They were both excited.

The day Julia was born, Willy and Charlotte were there with us. We had a logger at the house and Susan was doing hypnotherapy for the labor, so we stayed home for most of it.

Finally, we realized the contractions were getting pretty close, and OK, we'd better go! So there was a rush to leave the house. Four-year-old Charlotte, who's always been like an adult, had to remind my wife that we needed to bring the baby's car seat.