How did you celebrate your most memorable Father's Day? 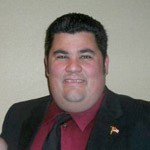 The most memorable happens to be my first one, eight years ago. My mom had passed away in May of that year, and my son was born that year, so my first Father's Day I went to New York, where I grew up, and spent it with my father for his first Father's Day without my mother. When one life ends, another one begins — this was truly the case in my family that year.

I grew up in a big Italian family. My parents were married for 40 years. My father took it very hard, as you can imagine, so my wife really was wonderful and said, "Let's go to New York for the weekend." You've got to celebrate the good times.

My mother lived a great life and was a great mother and grandmother. She got to meet my son before she passed. That was important to me. On Father's Day, we did what we normally do on the holidays — we went out for a nice brunch. My father lives across from a park. It was a beautiful day out. We went for a walk in the park and just took a chance to really reflect and talk about my mother and about fatherhood. 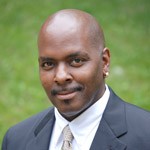 Well, for me, I think my most memorable Father's Day was when I got my first letter from my daughter — handwritten, big letters — telling me that she loves me. She drew some pictures on it.

I think back to getting that from her, and the thought that she put into it, and realize that was probably the most memorable Father's Day because the letter was something that she really had to think about. It wasn't something that she just went out and bought. I think the things that kids create for mothers and fathers are the most significant because they do require thought. It indicates a different side of love.

I have that letter hanging on my classroom wall. I wonder what she would think about it today if she came into my classroom and saw it, if she'd think it was corny. I really wonder what it was like when she sat down and wrote it. That really stuck with me. 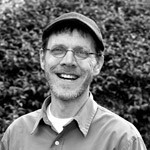 I guess the most memorable one was when we three — my two young sons and I — took a camping trip to Whiteface Mountain in the Adirondacks. That was sweet. It was just after we'd moved here from New York, so our boys were young then, maybe 7 and 9, so it was just a perfect age. We'd just gotten a dog by the name of Gromit — he was a sweetheart — and he came along. My wife says that this was a Father's Day for her, as well — a weekend to herself!

It was one of those early summer days when it's not too hot and not too cool, and it was rainy and sunny at the same time. There was a powerful thunderstorm that moved through, so that wigged us out. We hunkered under my poncho. We took pictures the whole way, we found a salamander, we came across one of those little lean-tos, and there were other campers up there. That was cool, too. There was this nice group of people we could hang out with. At night we built a campfire. It was just one of those extraordinary weekends that reminds you that being a dad is a cool thing. 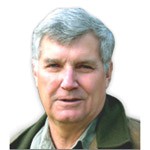 Father's Day is not even really something that we pay a lot of attention to. Generally, around here for Father's Day, I try to do something for [my family]. I try to take my granddaughters fishing — bobbers and worms kind of stuff, but they like it.

I've never much liked Mother's Day and Father's Day. I've thought that those were kind of phony holidays, so we try not to buy into the commerce and instead do something that's just fun together. I have two daughters, and I'm very close to both of them, and they've been wonderful to me. I don't think they owe me anything. I owe them a lot. The idea of bringing the old man a gift or cooking him breakfast is kind of off-putting to me. It just seems like there's an increasing pressure, this mandate, to go out and buy things and indulge. So we do birthdays, and we do Christmas, and the other ones we kind of let go. K