How Can Parents Ensure That Their Babies Are Safe During Sleep? 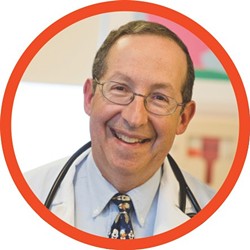 For parents of newborns and infants, a good night's sleep can be a rare occurrence. Regular disruptions from a baby who needs feeding and diapering are one thing. Being afraid to fall asleep for fear that you won't notice if your baby stops breathing is another.

Sudden unexpected infant death (SUID) is defined as babies under one year of age who die, typically while sleeping, due to unintended suffocation, strangulation or entrapment, or from previously unknown infections, metabolic or cardiac events. If an investigation and autopsy reveal no disease or external factor, the death is attributed to Sudden Infant Death Syndrome, or SIDS, which is another cause of a SUID.

Thankfully, sudden unexpected infant deaths are rare — about 3,500 nationally each year — with Vermont having the lowest rate in the country as of 2017. Between 2010 and 2014, Vermont had 16 SUID deaths, half of which were due to accidental suffocation or strangulation in bed, and half of which were classified as SIDS, according to the Vermont Department of Health. Those numbers have declined precipitously since the national "Back to Sleep" campaign was launched in 1994 to encourage parents to put their babies to sleep on their backs.

Dr. Lewis First, chief of pediatrics at the University of Vermont Children's Hospital, believes those numbers will decline even further with the "Safe to Sleep" campaign, which was expanded and renamed in 2012 to ensure that all babies are put to bed in a safe environment. However, First is skeptical of digital devices, such as the Owlet Smart Sock, which purportedly monitor a baby's vital signs and then alert parents if something appears awry.

KIDS VT: What are your objections to digital baby monitors?

LEWIS FIRST: First, there is no scientific evidence that over-the-counter monitoring devices give you accurate information about your baby's heart rate and oxygen level, or that they decrease the likelihood of your baby experiencing SIDS. Second, there is no evidence that these devices alert family members in an appropriate amount of time to respond. Third, these devices don't go through the U.S. Food and Drug Administration's rigorous approval process that monitoring equipment used in hospitals must undergo. Finally, these consumer monitors are marketed as providing parents with "peace of mind," but often they have the opposite effect. Some parents cannot sleep because now they're afraid that they won't hear their smartphone alarm go off.

KVT: Do these monitors send alerts even when they're not warranted?

LF: Yes. During sleep, some healthy babies' blood oxygen level or heart rate will drop temporarily to a level that could trigger an alarm but then will quickly return to normal. The problem is, these monitors may not be accurate or calibrated to account for such transient fluctuations. If a baby has serious breathing or neurological problems, or has had what's called a brief resolved unexplained event (BRUE) — basically, a near-SIDS episode — then their health care provider would likely recommend that if monitoring equipment is needed, FDA-approved equipment be installed in the home.

KVT: So how should parents protect their babies while they sleep?

LF: The "Safe to Sleep" campaign will do a lot more than any commercially-sold consumer smart monitoring device can. Think of it as the ABCs of safe sleep. The "A" stands for "alone," which means babies should sleep by themselves, not in a bed with other people or pets. "B" stands for putting babies down on their "back," not on their side or stomach. This should be done at least until babies learn how to roll over on their own, usually at about four months of age. On their back, it is thought that babies can breathe more freely and tend to not overheat, a condition that has been associated with SIDS. The "C" stands for "crib" safety. Babies should never be put down to sleep on sofas, cushions, waterbeds or other adult beds that can have soft mattresses. Their crib or bassinet's sleep surface should be firm, with all loose objects, including bumpers, blankets, pillows and stuffed animals, removed.

KVT: What are your thoughts on co-sleeping?

LF: Part of the "Safe to Sleep" campaign recommends that parents should have the baby sleep in their room with them for at least the first six months, and ideally, the first year of life. Having the baby sleep in the same room with parents has been shown to reduce the incidence of sudden unexpected infant death by as much as 50 percent, according to the American Academy of Pediatrics' policy statement on safe sleep. But room-sharing does not mean bed-sharing. A bassinet, crib or co-sleeping device attached to the side of the bed can be kept within arm's reach of the parent. If a mother wants to nurse in bed, that's OK, but she should put the baby back in the crib or co-sleeper before falling back to sleep herself.

LF: Breastfeeding and vaccinations have both been associated with lower rates of SIDS. And abstaining from smoking, vaping, drugs and alcohol is also associated with lower rates of sudden unexpected infant death. Recently, we've begun to discourage the practice of letting babies sleep on inclined rock-and-play products, infant swings and vibrating seats due to the risk of infant deaths. When babies fall asleep on one, they should be moved to a flat crib surface to sleep on their back. We also discourage the practice of letting infants sleep all night in a car seat, where their head position while restrained in the seat can potentially close off their airway. In short, once babies fall asleep, they should be put down in a crib or bassinet.