How Can I Help my Child Cope With Seasonal Affective Disorder? 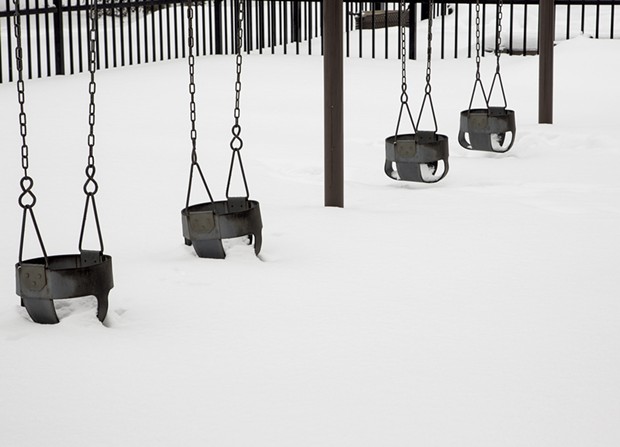 Winter in Vermont can be truly magical. Particularly at the beginning, when we've had several months' break from the cold, and the first snow of the year ushers in the holiday season. It's cozy — romantic, even. Snow-capped mountains, hot cocoa, Crock-Pot stews and fuzzy blankets lure us in, and, for a while, it's not hard to embrace winter in Vermont. Or, at least the Instagrammable idea of it.

Once the holidays are over and the decorations are put away, reality sets in. It's dark, it's cold and it's going to stay this way for several more months. For many Americans (an estimated 10 million, according to Psychology Today), winter triggers the telltale symptoms of seasonal affective disorder (SAD), such as fatigue, feelings of sadness and a desire to avoid social situations. Estimated age of onset is between 18 and 30. SAD isn't just an adult problem, however. It also affects kids.

An article titled "Winter Blues — Seasonal Affective Disorder and Depression," published on the American Academy of Pediatrics website states that, "Researchers have not pinpointed what causes SAD. There is some evidence pointing to a disruption of a person's 'circadian rhythm' — the body's natural cycle of sleeping and waking. As the days shorten, the decreasing amount of light can throw off the body's natural clock, triggering depression."

It can be difficult to distinguish between SAD symptoms and your typical angsty teen, but there are specific things to look for. In U.S. News & World Report, psychiatrist Dr. Gail Saltz writes, "Along with feeling sad and irritable, a child will also experience unusual fatigue, an increased appetite and a particular desire to eat carbohydrates ... They have difficulty concentrating and schoolwork will suffer."

There are steps you can take together as a family to help relieve the symptoms of SAD. The Mayo Clinic offers several ideas, including establishing a regular yoga or meditation practice. (Download a meditation app like Calm or Headspace and start with just a couple of minutes a day.) The Mayo Clinic also recommends exercising regularly to increase endorphins, and spending time outside — especially on those elusive days when the sun actually does shine.

Yes, Vermont winters are long, and it can be a serious struggle to stay positive from November through mud season. This winter, make a plan with your family for surviving and thriving. It doesn't have to be elaborate or expensive. Focus on staying connected — suit up and get outside for a walk, or schedule something to look forward to like a movie outing or family game night. For kids and adults alike, just knowing that we don't have to suffer alone, and understanding what it is we're feeling, can be a huge relief.

In this monthly column, comedian, writer and mom Autumn Spencer answers tricky parenting questions. Have a question for Autumn? Send it to ideas@kidsvt.com.