Fledglings: Watching my Children Fly Away 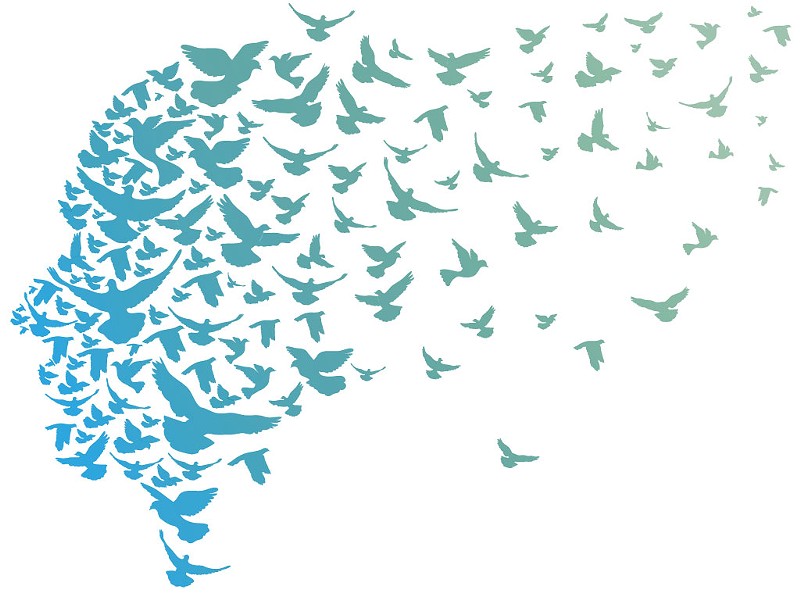 The pile of shoes by the door is smaller now; there's no cello blocking the file cabinet; it takes most of a week to fill the dishwasher. Three people live here, but two of them have headed off to have their own adventures in the world.

I've been preparing for this for months.

Last spring, I remember sitting in the grandstand at Montpelier's Recreation Field, looking on as my son, Adam, and his friends warmed up for a high school baseball game — Adam tossed the ball to Richard, Richard to Andrew, Andrew tossed it back to Adam. They scooped it up and threw it with ease, teasing each other when someone bobbled a ball.

Across the parking lot from left field, I saw Little Leaguers taking batting practice and running the bases on the smaller field. Indistinguishable at a distance, they could easily have been the 10- or 12-year-old selves of the boys in front of me. Looking down the first-base line, I could see the Farm League field, where 7- and 8-year-olds swung wildly at coach-pitched balls and flubbed routine grounders. I saw ghost images on that field, too, where Richard, Andrew and Adam, now high school graduates, played together as first graders.

I blinked back tears and focused instead on the game starting in front of me.

My life recently has been full of my two kids' lasts and almost-lasts. Rachel's last high school concerts and ballet performances were two years ago, before she went off to college. This spring, it was Adam's last concerts, last plays, last ball games. All of them reminding me of how far I've come from the overwhelming days of diapers and car seats and nursing.

I look around at parents still in the trenches and think that I could have done better for my kids: I didn't read to them enough; I should have controlled my temper better; I should have remembered to feed them lunch more and cookies less. But I also take satisfaction in knowing that Rachel and Adam are confident, competent and capable of navigating the adult world with an enviable outward poise. Most of that is their own doing, but I like to believe that their parents helped. If nothing else, we didn't wreck them.

I remember another day, another ball game; Adam was pitching. He hit a batter, threw seven balls in a row, walked in a run. A few years before, I would have been dreading his foul mood on the ride home. But in that game, he shook it off, got a couple more outs, and the inning was over. At bat a few innings later, he smacked a solid double into right centerfield and pumped his fist as he rounded first. I wondered, for the umpteenth time, how my children came by their athleticism.

The photo on my computer background shows Rachel effortlessly leaping along a dock, her legs and feet in perfect position. She has always been graceful and strong, but the discipline and stamina required years of ballet training. All the driving, all the scheduling, all the classes, practices, rehearsals — they appear to have paid off.

I won't pretend I've loved every minute of parenting. There were plenty of days when defenestration looked like an appealing option. (Luckily, I could never decide whether it was better to pitch myself out the window or someone smaller.) And I can't pretend I didn't have it easy. I've had to make choices between my career and my family, but never between my job and my kids. Their father and I didn't stay married to each other, but he supported us all the way through, for which I am immensely grateful.

Parenthood never ends, but this chapter of it has. I'm facing my "redundancy" — as the Brits call it when they've been laid off — with some trepidation. As parents, we spend the early years cataloging firsts and just trying to keep everyone alive. In the middle, we're watching our children discover who they really are, but we still think we have some chance of influencing that (spoiler alert: not so much). By the time they're leaving home, we've gotten used to not having them around as much, and — with luck — they've turned into people we really like, at least some of the time.

In the two years since Rachel moved out, I've enjoyed my one-on-one time with Adam. Much more reserved by nature, he's opened up occasionally since his sister left, and he's become more used to me grilling him about what's going on in his world. With just the two of us at home, we've had the chance to get to know each other better.

Next on my list is getting to know myself again. For the first time in 22 years, I am living entirely on my own. While I enjoy time to myself, I also struggle with being alone. Without another person to distract me, will I retreat into my own world and wear a hole in the couch where I work, relax, read and surf the web? Without children around, will I take too much advantage of not having to set a good example?

I have the freedom now to find out — to reinvent myself, entirely to please myself. I'm still struggling to figure out what that might look like, and it feels like a heady charge.

But right this minute, I've got a sunny afternoon, a kayak, and time to explore my own new world.

"Use Your Words" is a monthly essay in which writers reflect on parenting and childhood. Got a story to share? Email us at ideas@kidsvt.com.