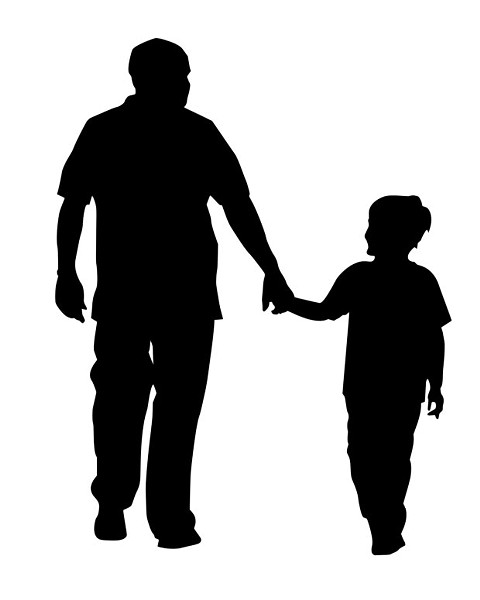 My dad and I haven't always understood each other. I can still see him standing up there in the top row of the bleachers watching my Saturday morning hockey game, his expression blank, his arms crossed tight across his chest.

I'd play my heart out, hoping to impress him, but in the car all he'd say was, "Nice game, son." Did he think I was any good? It was hard to tell.

Even from an early age, I pledged to be a different kind of man.

He was closed off, so I over-shared. He was pensive and moody, so I was smiley and optimistic. He was a businessman, so I picked up a guitar, began writing stories and doing school plays. When I considered following my passion for acting and music to a performing-arts school, he predictably expressed quiet concern and doubt, urging me to build a safety net. I didn't end up going.

When I was 15, I tried to rebel to spite him. He thought people with tattoos and piercings were degenerates, so while staying with my friend Shane one weekend, I numbed my left ear with ice and stabbed a stud through the lobe in his basement as Danzig blared from the boom box.

I wore my bling proudly all weekend, along with a bandanna and Pantera T-shirt. But before my dad picked me up on Sunday morning, I chickened out. I yanked out the stud and covered my ear all the way home, praying he wouldn't notice. There was something about my dad — a burning intensity — that destroyed my rebellion.

By the time I left for college, we weren't talking much. I doubled down on my don't-turn-into-dad plan.

But I hit a couple of snags. Nobody tells you this because it's a total downer, but you only kind of get to decide who you're going to be when you grow up. My plan proved no match for my natural tendencies.

Adulthood, for me, arrived with the harsh realization that I was stuck with myself. And forever! My defensiveness? My compulsion to win arguments? Turns out these were formed a long time ago in a nature-versus-nurture crucible far, far away. I learned it's naïve to treat your personality like a destination. Somewhere along the way, I noticed I was becoming a lot like my dad — and, even more surprisingly, I didn't mind.

Over time, I realized I'd been born with not just a good dad but a great one. When I got my heart broken in college, he called me every day for a month to see if I was all right because he knew I wasn't. In my twenties, I'd frequently get crisp $20 bills in the mail, tucked inside folded sheets of loose leaf. Have a pizza on me. Love, Dad.

It hasn't stopped. In the last month alone, he's sent my wife, Shannon, and me three different "just because" packages — new picture books for our kids, chocolate-covered strawberries for Mother's Day, new jazz CDs. In October, he's flying out here from Indiana for a long weekend so Shannon and I can sneak away together. It was his idea.

When I was younger, I couldn't see how supportive he was, how he sacrificed Saturday mornings to stand in a freezing ice rink and watch me play hockey. I only saw his expectations, which in those days felt exacting, endless and unattainable. I vilified him because I didn't want to disappoint him. I pushed him away because I was terrified of letting him down.

I'm 36 now, and he and I are so much alike these days — our gestures, our humor, our passion for music, our quiet intensity. My wife is always ribbing me about it. "Okay John," she'll say, when she catches me quoting The Big Chill or Young Frankenstein the way my dad always does, or hiding in a book a little too often. My only defense is to point out the many ways she's gradually turning into her mother.

I do try to remind myself to give my children a little more access to my thoughts and feelings than my dad gave me. But someday, when they're broke and get a random $20 from me in the mail, I'll make sure they know who inspired the gesture.

Use Your Words parenting