By 2019, she realized she no longer found it shocking that students could be gunned down at school. "I could feel myself becoming desensitized to it and, honestly, frustrated and fed up," she recalled. "I didn't feel like it was fair for students to go to school with the fear of losing their life."

So she decided to channel those feelings into something positive by starting Vermont's first high school chapter of Students Demand Action. Founded by nonprofit group Everytown for Gun Safety after the February 2018 school shooting in Parkland, Fla., the grassroots organization has 400 chapters around the country composed of high school and college students committed to ending gun violence in America.

In October, 16-year-old Maddie was the youngest of 16 members named to Students Demand Action's National Advisory Board, a role which will give her the opportunity to strengthen her leadership skills and help shape the group's strategy.

Maddie first learned about Students Demand Action in 2019, when she visited her aunt's workplace in New York City. One of her aunt's coworkers had a connection to Everytown for Gun Safety and told her about the youth-focused arm of the group. "Immediately, I knew I wanted to be a part of that," she said.

Despite being just a first-year at the time, Maddie decided to start a Students Demand Action chapter at Essex High School. She emailed a few teachers to see whether one of them would be an advisor. Amy Phillippo, Maddie's humanities teacher, signed on.

Phillippo described Maddie as "a force," both in and out of class, who displays a dedication to learning, debating and challenging ideas. Said Phillippo: "She's just somebody who gives 100 percent."

Phillippo recalled walking into the library last year to see Maddie standing in front of a large screen, expertly leading a Students Demand Action meeting of mostly older students. Last year's senior class had been involved in a traumatic lockdown situation when they were first years. They'd had to stay in their classrooms for four hours as armed police officers patrolled the hallways because of a shooting threat — that later turned out to be false — posted on a student's Facebook account.

Maddie's Students Demand Action chapter gave those students their first opportunity to express their feelings about that experience and work toward change, Phillippo said. Maddie understood the importance of giving them the time and space to process that event. 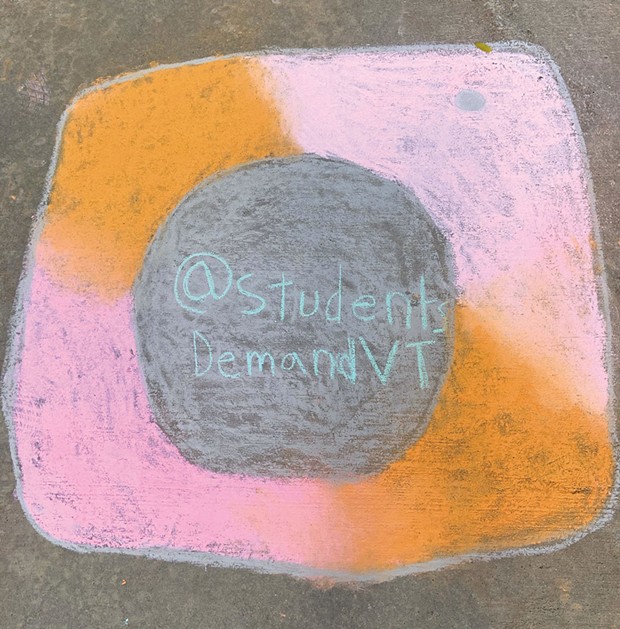 In March, just days before the state legislature shut down due to the coronavirus, Maddie led a group of around a dozen fellow students on a trip to Montpelier as part of an advocacy day. They met with elected officials including Senate President Pro Tempore Tim Ashe (D/P-Chittenden) and Lt. Gov. David Zuckerman, a Progressive/Democrat, and spoke with them about the stronger gun laws they hoped to see enacted. Changes they support include instituting a waiting period to buy firearms and closing a gap in the background check system, known as the "Charleston loophole."

Seton McIlroy, a volunteer with the Vermont chapter of Moms Demand Action — another branch of Everytown for Gun Safety — also attended the Statehouse event and was impressed by Maddie's poise and professionalism. Maddie and the other students in her group were at ease walking up to the legislators to share their thoughts, remembered McIlroy. "I did not have that kind of confidence at her age," she said.

Maddie takes an across-the-aisle approach when she recruits peers to join Students Demand Action. The emphasis of the group is gun safety, not taking guns away from people, she said: "All people can join the group. It is not partisan. You can be a gun owner. We don't care. We just want you to be involved."

Maddie also believes that concrete action is more important than symbolic gestures when it comes to reforming gun laws. Seeing the student walkouts across the country after the Parkland shooting was inspiring, she said, "but I also knew that in order to actually make sure these things don't happen, I needed to do the work and talk with legislators, and that's the way we make change." 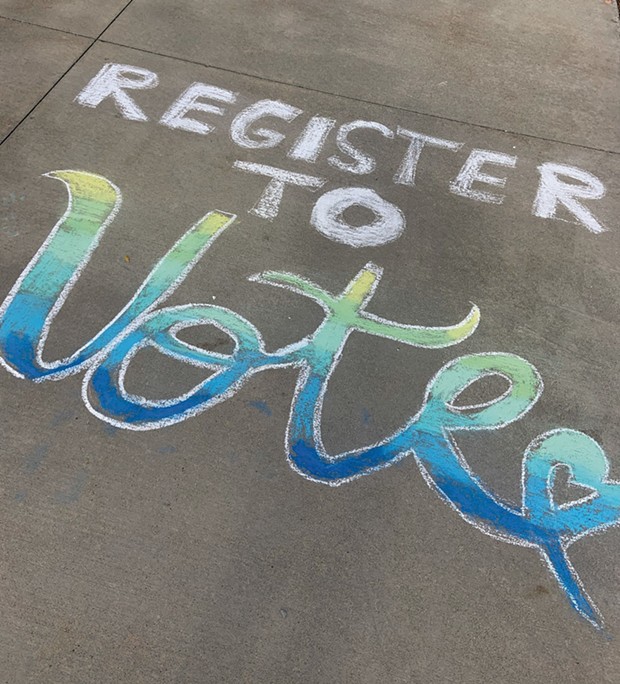 Though the coronavirus has temporarily halted many of Students Demand Action's in-person events, the group has remained busy this fall. Its members set up virtual field offices and have been phone-banking and texting, encouraging people to vote this November for "gun sense" candidates — those who are committed to governing with gun safety as a top priority. In October, Maddie organized an event at which students chalked colorful messages in the entryway of Essex High School, encouraging eligible students and teachers to vote. As of mid-October, Students Demand Action had registered 100,000 voters nationally.

Outside of her advocacy work, Maddie plays soccer on her high school team and coaches younger players. She's also an avid fan of University of Vermont basketball — as she put it, "I'm obsessed."

She aspires to be a journalist one day and recently got involved in VTDigger.org's Underground Workshop, a new platform for journalism from Vermont students. "I think it's really important to be a part of the story," said Maddie, "but I also think sometimes it's more important to tell the story."

Said Phillippo: "You're going to read about Maddie Ahmadi doing good in the world someday."