Dream On: Make-a-Wish Kid's Book Tells Her Tale of Healing 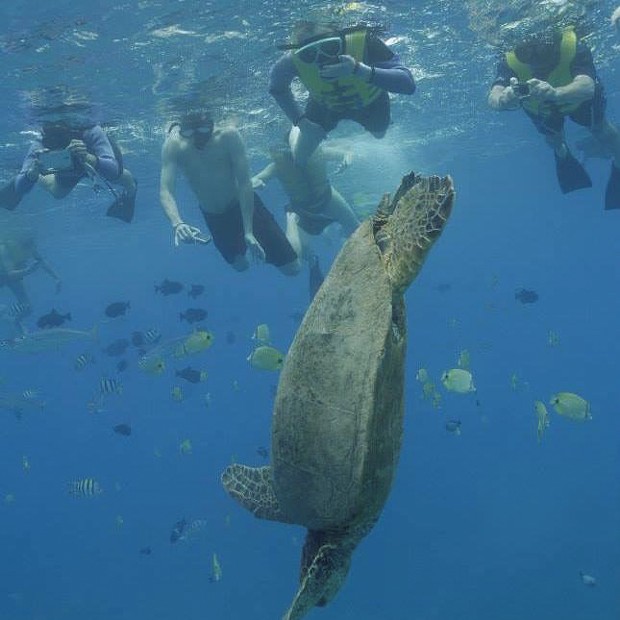 Three years ago, Jamie Heath swam with sea turtles in Hawaii, a dream come true thanks to Make-A-Wish Vermont. This experience, which the teen described as "breathtaking," was an important part of her healing process after a prolonged illness.

Jamie tells the story of her wish in a new book, Wishes Are Medicine! How Make-A-Wish Gave Me Hope & Helped Me Heal. Make-A-Wish Vermont released the glossy hardcover — with illustrations by Leonard Wells Kenyon of Arlington — in August, sending Jamie on a well-publicized, two-week book tour around the state.

Jamie's story began when she was 7 and suffered a stroke, caused by a brain aneurysm. She recovered within six weeks from that first stroke but, five years later, a second stroke caused permanent brain damage. During an interview with Kids VT, she gestured to a device on her right lower leg which, she explained, "helps me lift my foot up" via electromagnetic waves.

The stroke affected Jamie's cognitive skills, too. "I can't really word-find as well as a normal person — but what's normal?" she explained, with a laugh. Jamie was in seventh grade at the time of the second stroke, and dropped from a tenth-grade to a fourth-grade reading level. That loss was "extremely difficult," she said. "I didn't really realize how much I valued the whole use of my body. After the second stroke, I was really glum, and I was like ... this can't get any worse." That difficult period lasted for nearly three years.

When Jamie learned about Make-A-Wish Vermont, she asked her mother, Joanne Leclerc, to apply. Although Jamie is quick to credit the rock-solid support of her family — Leclerc, father Todd Heath and 21-year-old brother Josh — she acknowledged it was particularly hard for her mother to apply to Make-A-Wish. "My mom didn't want me to think she was giving up on me," Jamie said. "But I didn't think that."

The wish created an opportunity for Jamie to imagine life beyond her sickbed — a fantasy that became real when she swam and snorkeled with the turtles. These emerald reptiles — who endure an arduous life cycle traveling between land and ocean — inspired Jamie in her own slow but tenacious journey toward healing. "My wish kind of allowed me to run away for a week. When I got back I felt that I no longer had to run away ... My wish was like the gateway to opening up the light," she explained.

Jamie Hathaway, president and CEO of Make-A-Wish Vermont, praised the teenager's "wisdom beyond her years" and her positive attitude. Hathaway emphasizes that Make-A-Wish Vermont helps children with life-threatening — not just terminal — medical conditions, providing "the next chapter, not the ending."

After radiation treatments and what she describes as "a ton of therapy," Jamie's future looks bright. The bubbly teenager's accomplishments include serving on student council, managing the school's lacrosse team, and swimming with the Central Vermont Swim Club and the Waterbury Rapids Swim Team. Additionally, Jamie volunteers as a Wish Ambassador, sharing her life-altering experience with Make-A-Wish Vermont with others.

Now a senior at Spaulding High School and jointly enrolled in early college coursework at Vermont Technical College, Jamie's career goal is to study business and someday work for Make-A-Wish Vermont. "My mom told me everything happens for a reason," she said. "I've taken that to heart."

Although she never would have chosen to have an illness, it "inspired so many things to come out of this," she said. "I wouldn't have gone back and done anything differently."

Wishes Are Medicine! How Make-A-Wish Gave Me Hope & Helped Me Heal is available for $15 at vermont.wish.org.