Do kids still get allowances?

We give our kids an allowance. My wife, Holly, started a program in which they get their ages in dollars weekly until they're teenagers and able to earn their own money. The allowance is for personal spending money but must also be used to contribute to birthday and holiday presents.

We try to use the allowance to teach about money management: saving and spending wisely. As with anything important, it takes mistakes to understand the larger lesson. It's impressive to see a goal met when some important item (like a Lego Death Star) is yearned for, or how quickly money can evaporate when spent frivolously.

The larger picture is that, soon enough, the kids will be out in the world where saving and credit management will become so important. I had been working and saving money for years before going to college but still made mistakes with my first credit card. Practice at home is a great way to prepare and hopefully avoid the pitfalls.

"Dad, will you buy me that?" I heard that phrase so many times while trying to sneak one or both of my boys past the little toys and candy stacked by store registers — until we started giving our two boys an allowance.

About five years ago, my wife and I went to a parenting class. We were looking for some tips on how to control a very high-energy pair of boys. The general theme of the class was ways to instill in your children a sense of responsibility through, as an example, establishing responsibility and natural consequences for their actions, choices and behavior. As one part of that process, a weekly allowance was suggested with the amount tied to their age — e.g., $10 for a 10-year-old — until 14, at which point it would be cut in half, since, theoretically, they could make extra money doing odd jobs.

So, about five years ago, we began to give our boys an allowance. I do believe it has instilled in them a certain sense of financial responsibility. They've learned some math, they've learned about saving and about the realities of money, cost and waste. There are consequences when they don't put their allowance somewhere safe, or if they buy something on impulse and it breaks or doesn't work as promised. They learn from these financial disappointments.

Now when I hear "Dad, will you buy me that?" my answer has been a satisfying, "Well, did you bring your allowance?" 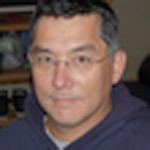 Our kids don't get official allowances, and sometimes I have trouble with that. When they want nonessential stuff, we'll sometimes build lessons around that. Not only "Are your chores done?" but "Have you been treating your brother well? Have you been respectful to your parents? Have you been keeping up with your schoolwork?"

But, for better or worse, we don't allow them to handle their own money yet. It's something I've wanted to do more and more, because our oldest son, who's 12, doesn't have a real grasp of money. It's very fluid to him. It's becoming apparent that he needs to learn a little bit more.

We do discuss with him the idea that we have a finite amount of money, that we have all these things we have to do, and that there's not always a lot for these other things. We just don't put money in his hands, per se. He knows that other kids get material things, but I'm not sure he knows how they get them. I'm not sure that information is shared among his circle of friends.

And, sadly, today's stuff is more expensive. For kids to get things requires a good chunk of change.

For starters, I think an allowance does make sense. How else would you learn about money unless you had some? But an allowance isn't pay for chores — you have responsibilities as a member of your household to contribute.

However, I think an allowance can be a useful incentive. I have a friend who gave me this really great pearl: You get cash if you do chores without being asked or reminded. You have to do them, but if you do them without prompting, that's what you're getting the compensation for. I like the idea.

Overall, here's what it boils down to. I think it's important that the message gets across that money is used for different things, at different times. Some of the money is to save, some is for spending cash, and some is for donating. That's sort of the model. It's a useful thing, and it does help you ramp up what kids want to do around the house. I find that cash incentives work very well around the holidays.

—"Go Ask Dad" is a monthly feature in which we ask fathers to answer a question. Got a question, or a pop you'd like to hear from? Email us at ideas@kidsvt.com. Eric Esckilsen is a freelance writer and Champlain College instructor. He lives in Burlington with his wife and twin daughters, and their dog.