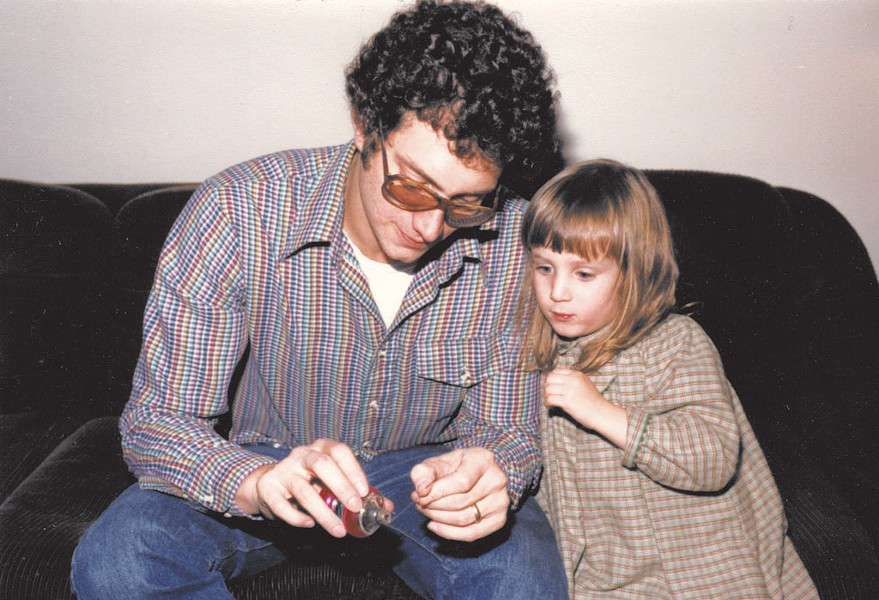 In May, we asked our Kids VT Facebook followers to send us photos of the dads and kids in their families. We were so bowled over by the cute, silly and touching shots we received — and their backstories — that we decided to print some of them in this issue ("Fathers in Focus," page 18).

Those photos made me think about the two great fathers in my life. When I was growing up, my mom, my two younger sisters and I — four opinionated females — outnumbered my dad four to one. But I never heard him lament his position as the only guy in the family.

As a kid, I loved reading with my dad. I remember the two of us sitting side by side, poring over a thick animal guide for what seemed like hours. My dad, who got his PhD in computer science, introduced me to science, technology, engineering and math long before STEM education became a buzzword. He explained scientific concepts by sketching little pictures on napkins. We took apart toasters and computer keyboards to see what was inside.

Still, when his three girls ultimately decided to pursue careers in writing, acting and art, my dad supported us wholeheartedly.

I've known my husband, Jeff — dad to our kids, 8-year-old Mira and 5-year-old Theo — since we were in second grade. His enthusiasm for life counterbalances my sometimes cerebral and serious approach. Jeff's just as game to rehearse show tunes with Mira as he is to play an elaborate action-figure game with Theo. We're lucky to have him.

Both Jeff and my dad exercise regularly — modeling for their kids the importance of physical fitness — but neither one of them is into team sports. Apparently, neither are the twin daughters of contributor Erik Esckilsen. In this month's "Use Your Words" ("Time Out," page 51), the former all-state high school soccer player writes about how he felt when his girls refused to take the field.

Food writer Erinn Simon describes her husband's favorite meal to prepare for his family in this month's "Mealtime." No, it's not barbecue; it's homemade pizza. Find his dough recipe, and two scrumptious pizza variations, on page 15.

You'll notice there's no "Go Ask Dad" in this issue. We started the feature, in which we asked local pops to sound off on a topic, in 2011. Back then, our parent publication, Seven Days, had just bought Kids VT, and we wanted to include more male voices in our newly redesigned magazine. After all, it's not just moms who raise kids and read about them.

Four years later, we feel like we've managed that — just look at all the amazing dads in this issue! To replace the old feature, we're rolling out a new one next month, in which we interview a Vermont parent to find out how he or she manages the demands of family and work. It's called "The Balancing Act."

Many of us will need good coordination in the coming weeks as we juggle end-of-school picnics and field days and transition into summer mode. Hope it goes off without a hitch!