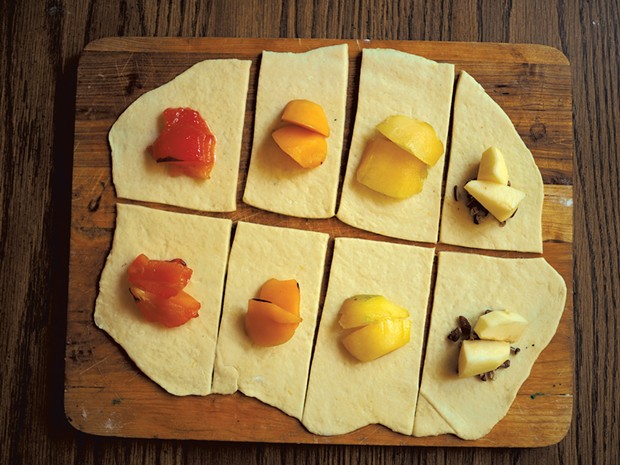 My husband and I originally planned to go to Scotland for our honeymoon, but our timing was off. The mad cow epidemic had been sweeping the British Isles, so the prospect of staying on a few farms during our visit seemed unwise. We decided to go with our second choice — Prague.

Before going, I discovered that most of the cuisine in the Czech Republic involves variations on the meat-and-potato theme, usually with some sort of dumpling as an accompaniment. Bread dumplings, potato dumplings, flour dumplings ... the Czech palate is fond of this carb-heavy side dish. According to my guidebooks, a not-to-be-missed variety was the fruit dumpling. I looked for a restaurant near our B&B that served the treat, and was pleased to find one near the Astronomical Clock in Old Town Square. Turns out the sweet delicacy was worth the search. I made sure to buy an English-language cookbook that included a recipe for fruit dumplings before we left.

It's been 16 years since our trip, but reading through my travel journal brought me back to the cobblestone streets of Prague, and I wanted to cook everything. Most of all, I wanted to make fruit dumplings.

The traditional filling for this dish is a whole pitted plum. I decided on a slightly different take by using a variety of local plums, in addition to plumcots and apriums (plum/apricot hybrids). For a Vermont twist, I also stuffed some with tart apples and toasted pecans.

The dumplings that we had in Prague were finished with a hard Czech cream cheese called tvaroh, which grates much like Parmesan but has a very mild flavor. I have not been able to locate it stateside, so I served ours with a dollop of plain Greek yogurt, which has a similar flavor.

These dumplings are not going to win any beauty contests, but the pillowy dough around the sweet, tart fruit is delightful, especially when finished with a generous brush of melted butter, a sprinkle of confectioner's sugar and a dusting of cinnamon. 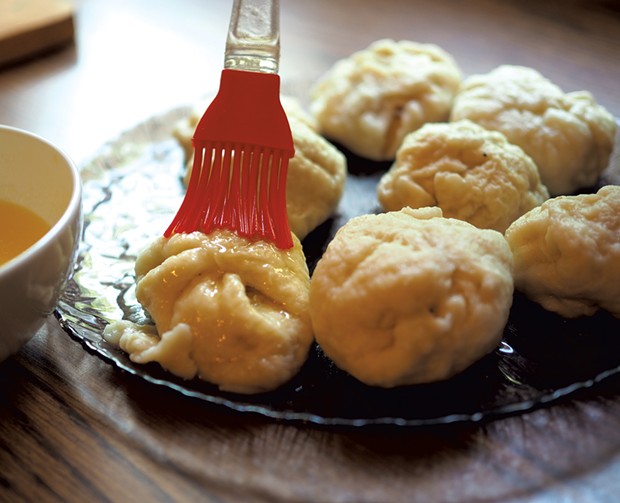