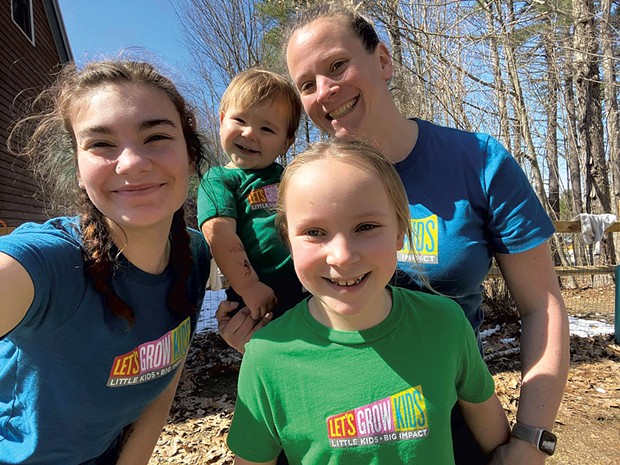 When Gov. Phil Scott closed schools and childcare centers in March, families were abruptly faced with a new reality. For parents who are able to do their jobs remotely, that has meant trying to figure out how to actually get work done while simultaneously caring for their kids and helping them access online learning.

But for parents who are classified as essential workers — not just nurses and doctors, but also law enforcement officers, sanitation workers, grocery store clerks, those with critical manufacturing jobs and more — the picture looks different.

The state has worked with childcare providers to ensure that essential employees who must work outside the home and who require childcare can access it during this time. According to Luciana DiRuocco, public information officer for the Child Development Division of the Vermont Department for Children and Families, roughly 1,120 essential workers in Vermont have requested childcare for 1,792 children, ranging from infants to school-age kids. These numbers do not include essential workers whose children continue to be enrolled in their usual childcare centers.

The Child Development Division estimates that about 400 childcare programs are currently open to serve the children of essential workers — about one-third the number operating prior to closure. The numbers are approximate, explains DiRuocco, because programs are adjusting on a daily basis to serve Vermonters' changing needs. In order to provide emergency childcare to essential workers, programs have had to adopt new health and safety protocols and demonstrate flexibility.

Childcare workers might not be the first people who come to mind when we think of those on the front lines, but they're providing a critical service right now. Read on for snapshots of three programs that have stepped up to provide care for kids during the pandemic.

For close to nine years, Amaryah Pendlebury has run a small childcare program out of her home in Brattleboro, with the help of two additional staff members. When schools and childcare centers were ordered to close, Let's Grow Kids and the Child Development Division of DCF contacted childcare providers to learn how many children of essential workers they were already serving. It turned out that five of Pendlebury's six young kids fit into that category.

Pendlebury has continued to care for those children while their parents work — several are nurses at Brattleboro Memorial Hospital, and one is a respiratory therapist at Baystate Franklin Medical Center in Greenfield, Mass. She's also taken in two of their school-age siblings and an additional 1-year-old child of an essential worker whose regular childcare center closed.

Typically, her program provides care from 7 a.m. to 6 p.m., but she has started opening at 6:45 a.m. to accommodate three parents whose hospital shifts start at 7. When one parent's work shift changed to 3 to 11 p.m., Pendlebury arranged for a staff member to bring those children home and put them to bed.

"I think the biggest difference is just needing to be flexible," said Pendlebury. "Being a home daycare provider, these parents come in, and we become friends. They talk to me and share things they're worried about." Families are stressed, she continued, and many are living in situations they never imagined.

Pendlebury, a mom of two, said she's not "overly worried" about getting sick herself. She sanitizes surfaces like door handles and light switches more often, sings the "ABC" song during frequent handwashing sessions, and changes her clothes when she finishes work.

But, she tells families, "I'm still going to be snuggling your child." It's unrealistic to wear a mask while providing care to small kids, she said, because so much of the day is spent talking to them, and they need to be able to see her mouth move.

Pendlebury and her staff do put on masks when they walk down the street, with kids in tow, to pick up lunches provided by the school district. They're delivered by what the kids have begun to refer to as the Magic School Bus.

"It's definitely an adventure," said Pendlebury. "It's become our new normal." 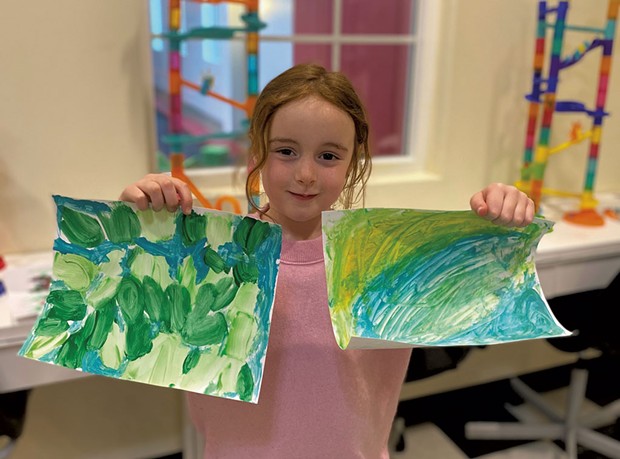 In normal times, Regal offers tumbling, gymnastics, and superhero and ninja classes for kids and teens, as well as a licensed preschool program. When schools and childcare centers closed, the state approached Regal to see whether the center would be willing to provide care for school-age kids.

Regal staff members already had certification in CPR and first aid, as required by USA Gymnastics, and had undergone background checks, which co-owner Tom Reeves said made them an attractive location to host a program.

Since Regal's 32 employees were still getting paid while at home through the Paycheck Protection Program, administered by the U.S. Small Business Administration, Reeves asked whether any of them would be interested in returning to work for additional compensation — using the $125 supplemental weekly payment per child that centers providing care for children of essential workers are now receiving from the state. Five staff members volunteered to step into the new role.

Through social media, and with the help of Child Care Resource and Let's Grow Kids, Regal spread the word that it was offering care during this time. On April 20, it launched its Day Camp for Children of Essential Workers with five school-age children. A total of 12 families have signed up for upcoming days, said Reeves.

Kids entering Regal for childcare receive a temperature check and must sanitize their hands immediately. Because Regal's building is a whopping 30,000 square feet, there's ample room for exercise and play. Reeves said he's identified several spaces where kids can set up laptops brought from home if they have schoolwork to complete. Under Vermont Department of Health guidelines, no more than one staff member and nine children are allowed to be grouped together.

Pre-coronavirus, parents were encouraged to linger and observe their kids during gymnastics classes, camps and preschool. But "the guidelines for essential worker care [are] the exact opposite," said Reeves.

Only one parent is allowed in the building to drop off or pick up their child, and the staff wears masks during these times.

Compared to the togetherness the program used to foster, said Reeves: "This is almost counterintuitive." 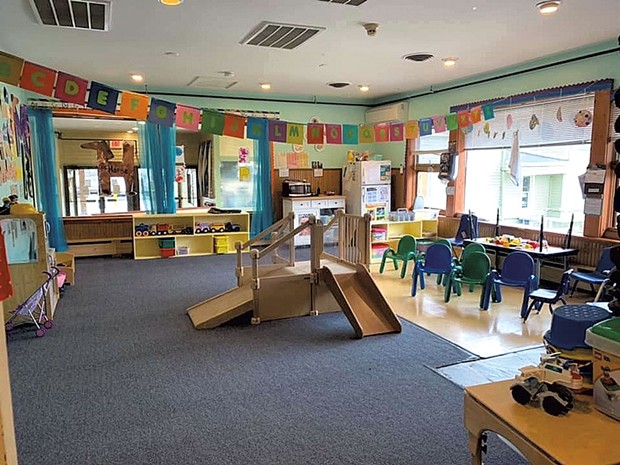 In the course of a few weeks, Apple Tree Learning Centers in Stowe went from providing care for 121 children to 15. Prior to the pandemic, the center ran a program for infants through school-age children, as well as an afterschool program at Stowe Elementary School, with a total of 26 staff members.

When state DCF licensors approached the staff to ask whether they'd either be willing to provide childcare for essential workers or allow their space to be used by others for that purpose, they decided they'd prefer to do it themselves. "This is our space and our program," said center director Nicole Walker. "We know the ins and outs."

Now the children attending the center range from 7 months to second grade, and they're overseen by four staff members who are receiving bonus pay. Only three children are new to the center. The babies and toddlers are in one group, and the preschoolers and elementary schoolers are in another.

Walker said she was initially unsure about how the new, multiage classes would work. But the preschool and elementary kids especially are "really connecting and really enjoy being together," she said. "They're begging their parents to come more days."

The first few weeks were challenging for the babies, who suddenly had new caregivers they weren't connected to, said Walker. But they've settled in. Because there are fewer kids to care for, the staff is able to provide individualized attention, she continued.

The older group has been doing baking and cooking projects based on kids' interests — one day they made cookies; another, applesauce. And they've been getting outside on the adjacent Stowe Recreation Path regularly, with bikes and scooters kids bring from home.

Walker anticipates additional kids to care for in the coming weeks as Gov. Scott allows more people to return to work. Her center is prepared to meet the demand. Until it is no longer necessary, said Walker, "we have the full intention of remaining open and providing essential care."