Changing Societal Views About the Role of Dads 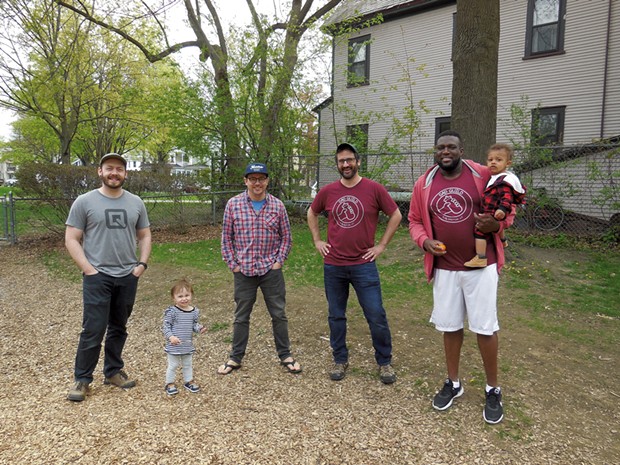 The weeks that followed the birth of our first daughter, Coraline, in June of 2016, were a blur. Time lost most of its meaning as my partner, Stephanie, and I quickly adapted to a new schedule of sporadic sleeping, devouring slices of cold pizza at 3 a.m., and changing soiled diapers and doing laundry on what felt like an endless loop. I felt a mix of joy, exhaustion, excitement, stress and anxiety.

I remember holding Coraline in our rocking chair in the middle of the night as she slept. I remember pushing her stroller down the street to get Italian ice at the local market several times a week. I remember giving my daughter her first bath in our kitchen sink.

I also remember the feeling of opening up the newspaper, hoping to learn about the different groups and activities for new fathers in the community, only to find that there was only one such offering. I was so appreciative of all the opportunities, support and networks that existed for new mothers like my partner, but I was also totally jealous. And lonely. I wanted connection. I wanted support.

As I reflected on the lack of fatherhood opportunities, my mind raced. How are we expecting fathers to embrace their parenting roles when there are so few community offerings that are designed to specifically engage fathers? What messages are we sending around whose role it is to raise children? If this is how fatherhood support looks in the progressive city of Burlington, what the hell does it look like elsewhere? 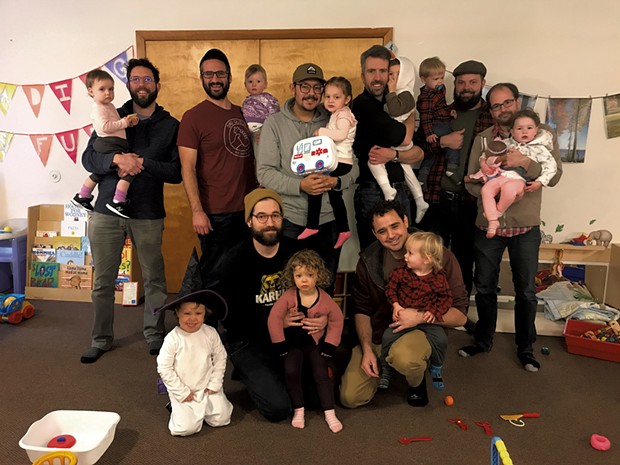 Those questions, combined with my desire to see a supportive fatherhood community in Burlington, led me to found Dad Guild, a nonprofit organization whose mission is to support and empower fathers by offering opportunities for connection, education and community engagement. For the past two years, Dad Guild has established a network of around 400 local fathers, created and implemented more than 350 hours of programming, and developed relationships with over two dozen community partners.

In addition to Dad Guild, there are a few other programs for fathers in the Burlington area. The Janet S. Munt Family Room, a parent-child center in the Old North End, has a fatherhood program that I've run for the past year and a half; it includes individualized case management support, groups, and a weekly opportunity for dads to get together with their kids to share a meal, play and connect. Prevent Child Abuse Vermont also runs a class that explores a variety of topics related to parenting and developing nurturing skills in dads.

But there's still so much more that needs to be done. At the Turning Point Center of Chittenden County there is a fantastic program called Moms in Recovery but no equivalent for fathers. Lund's Kids-A-Part program allows incarcerated mothers to connect with their children, fostering the development of meaningful relationships when living together isn't physically possible. No such program currently exists in the state's correctional facilities for men, even though a 2015 report by the Vermont Department of Corrections recommended creating an equivalent program in each of the men's prisons. This is not a criticism of the amazing resources that exist for mothers but recognition of areas where we could improve fatherhood support. 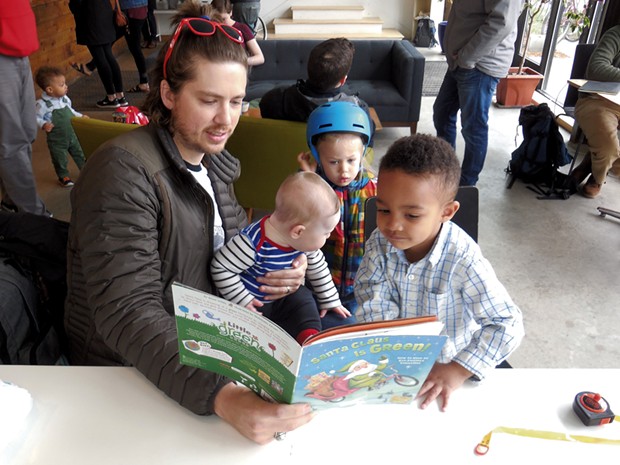 So, what can you do to help engage fathers? Getting more dads involved in their parenting roles can feel like an overwhelming task, but there are small things folks can do to support a societal shift.

As the pandemic approaches the finish line (fingers crossed), many people are excited about the loosening of business restrictions and the ability to safely gather in large groups once again, myself included. Over the past year, there has been a lot of positive momentum around supporting fathers in the region, and I'm excited to see it carry forward.

A testimonial from Dad Guild's most recent survey summarizes my feelings: "This past year has been tough for obvious reasons, but Dad Guild has been a bright spot during all this where I know I will look back on this period and see the friendships that started there as something good coming out of a period with a lot of darkness," one dad wrote. "I have so much optimism looking forward to sharing the experiences of raising kids with a community of awesome folks."

I'm looking forward to the opportunities ahead, too.