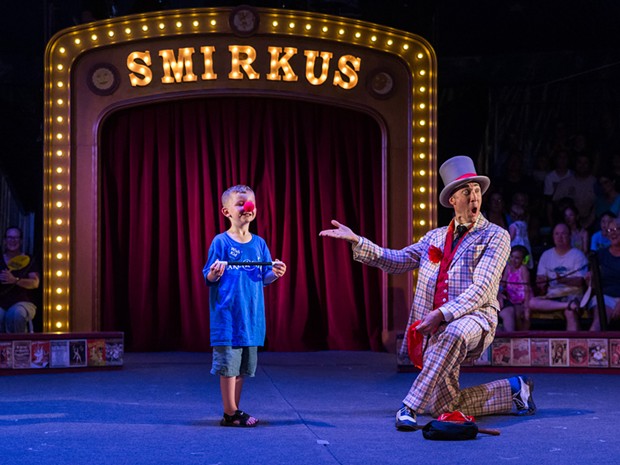 Come, one and all! Circus Smirkus, a youth circus headquartered in Greensboro, will perform throughout Vermont this summer as part of its annual Big Top Tour. The tour, which runs from June 29 to August 18, includes 69 shows in 16 towns in five states. It begins and ends in Greensboro, with stops in St. Johnsbury, Essex Junction, Manchester and Montpelier as well as Massachusetts, New Hampshire, Maine and Connecticut. The theme of this summer's tour is "Carnival," and the show features acts involving a haunted mansion, ring toss, house of fun and tunnel of love. There are 30 young troupe members in this summer's lineup; nine of them are new to the tour, said artistic director Troy Wunderle, a graduate of Ringling Bros. and Barnum & Bailey Clown College. This year's Troupers range from 11-year-old Colorado clowner Ruby Frank to 18-year-old New York City juggler and acrobat Aaron Schondorf. They hail from all over the U.S. and Canada; four are from Vermont. The youth performers are "insanely dedicated to what they're doing," Wunderle said. "There's not only the high-end skill work, but also the enthusiasm and bursting joy that you don't get to see at other shows."