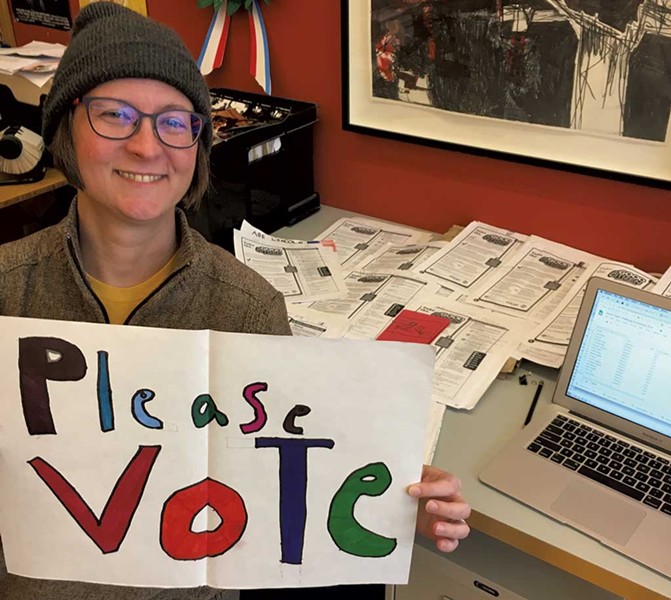 When I feel overwhelmed by the national news — the tribalism, the incivility, the intractable problems facing our democracy — I think about Grace Heller. The Moretown teen was one of 77 young Vermonters who completed Kids VT's Good Citizen Challenge, which wrapped up in October.

The Challenge, underwritten by the Vermont Community Foundation, invited Vermont youth to engage in their communities, demonstrate their knowledge of government and practice advocating for their beliefs. Participants could choose which activities to complete on their quest to earn 251 points — the number of towns in Vermont.

Grace, 14, was one of a handful of students to tackle Activity 64: "Find someone who disagrees with you about a political issue and ask them why they hold their belief. What did they tell you? Did it change your view of the issue?"

Grace talked with a friend and documented their conversation in an essay. A supporter of President Donald Trump, Grace asserted that the recently passed tax cuts are good for the economy. Her friend argued that corporations and the wealthy should pay more in taxes, not less.

Grace wrote that, after explaining their views, the teens reached an impasse, and agreed to disagree. But, she continued, the two "remain steadfast friends."

How many adults can report a similar outcome after a contentious political exchange?

Other Challenge highlights include recordings of participants reciting the preamble to the Constitution; photos of young Vermonters making donations to their local food banks, picking up trash, or lending a helping hand to seniors; and numerous posters encouraging adults to vote.

I showed it to a coworker in the Seven Days design department. "Wow," he said. "That's so inspiring!"

We're still compiling the entries and working on distributing prizes; find a full list of finishers here. We're also planning for the next Challenge. Yes, we'd like to do this again.

I'll be voting on Tuesday, November 6, and I hope you will, too. No matter what the election outcome, I hope Vermonters of all political stripes can work together to strengthen our local communities. Our Good Citizens are counting on us. Let's make them proud.