by Grace Per Lee 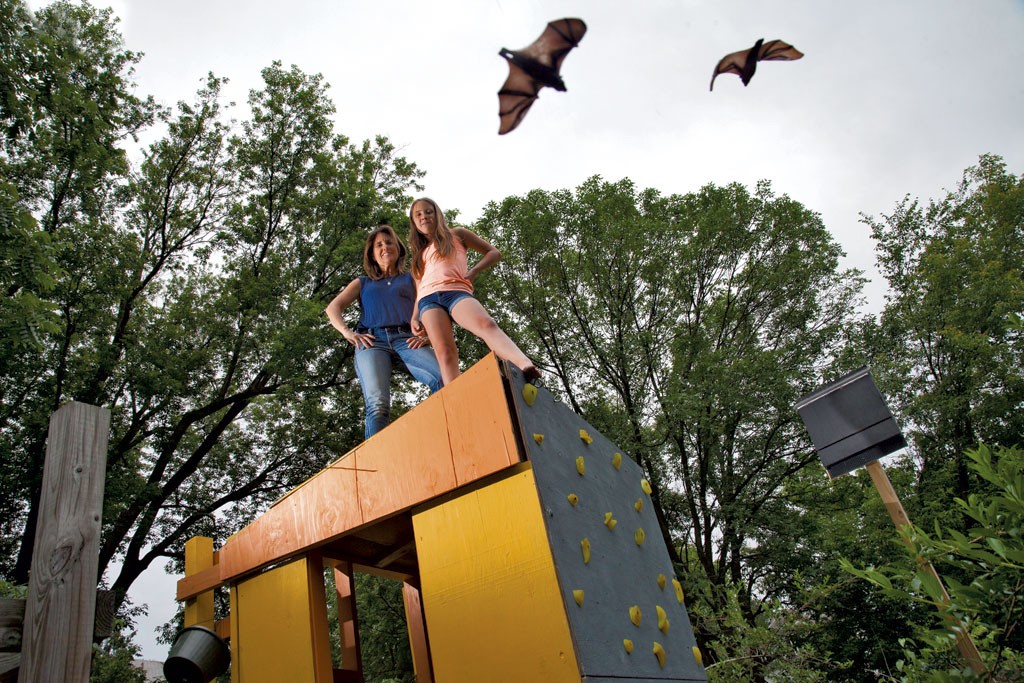 Eleven-year-old Sloane Guillian of Burlington loves all animals, but she has a special fondness for bats.

"They help with mosquitoes, they're not going to hurt you and they're really sweet creatures," she says. The fifth-grader feels so strongly about protecting Vermont's brown bats that she built a house for them last fall in her family's South End backyard.

Sloane got the idea for the dwelling after watching a television nature show that touched on a disease called white nose syndrome that is decimating North American brown bats. Inspired, she brought her mother, Robin, to a lecture on bats at Phoenix Books, where they learned more about just how dire the situation is.

According to the Vermont Fish and Wildlife Department, Vermont's brown bat population has decreased by 90 percent in just six years and faces regional extinction. Scientists believe that the disease causes so much discomfort that it wakes the animals during their winter hibernation. Depleted, they search for food outdoors, where they often freeze or die of starvation.

There are a number of statewide efforts under-way to help understand and counteract the population decline, one of which involves building bat houses. By offering safe, clean shelters to bats, Vermonters can help protect them.

With assistance from friends and family, Sloane raised $55 to buy wood, nails and screen to make her own bat box. Together with her father, Steve, she built the house and placed it on a 16-foot pole in the warmest part of their backyard.

This spring, Sloane and her parents have noticed bats visiting their yard each evening. While she can't say for certain that they've established a permanent residence in the bat house, Sloane is happy to see them.

"Bats are important," she says. "I hope more people learn about bats and build houses for them." K

Want to make your own bat house? Here are some things to consider:

Learn more about bats and find links to more resources, including bat house plans, at vtfishandwildlife.com.

View a slideshow on bats, then watch them in action at Bats in the Barn at Shelburne Farms on July 24. Find more information at shelburnefarms.org.

Buy a bat house or plans for building one at batmanagement.com.

The brown bat (myotis lucifugis) is essential to Vermont's ecosystem. A single bat eats thousands of mosquitoes and other insects each night, helping to keep disease and infestation in check. Bats use echolocation to find their prey. Then they use their wings or tails as a net to scoop the insects out of the air.

The only flying mammal, bats give birth to live young — just one pup a year in late June and early July. Bat mothers hang upside down while nursing their babies until the little ones can fly and catch their own food at about a month old.

Bats hibernate through the winter, and must remain dormant until their food sources — insects —reappear in the spring.